Susan Jackson Credits LSU with Vaulting Her to Career Heights 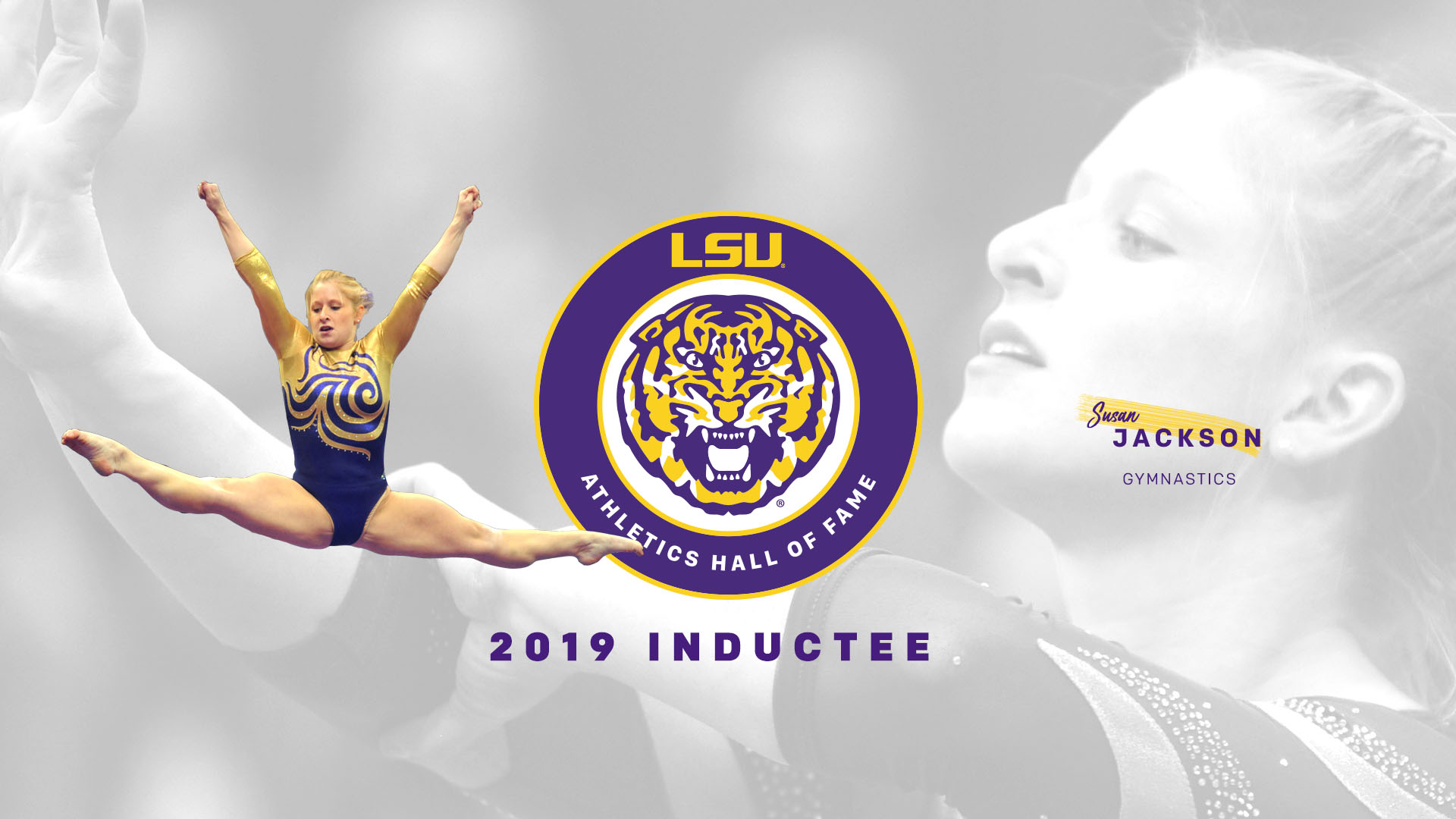 “I really love the trees.”

When asked what she loves about LSU, it didn’t take NCAA Gymnastics All-Around Champion Susan Jackson very long to think. She loves the trees — the stately oaks and broad magnolias that adorn LSU’s main campus welcomed her to Baton Rouge like family. More surprising, however, is the fact that she committed to attend LSU without ever seeing them.

Jackson grew up on the outskirts of Houston and was a member of the USA National team for four years. She chose to go to college after tying for 13th at the USA Championships, the Olympic Trials qualifier where the top 12 gymnasts are chosen to advance.

“I had several universities after me but for some reason, I had it in my mind that I was going to UCLA,” Jackson explained. After visiting the UCLA campus, it left her without “the warm, fuzzy feeling [she’d] hoped for, so it was back to the drawing board.”

Luckily, she made an immediate connection with the coaches at LSU, citing their care for her as a person first, then a student, then an athlete. She wasn’t a commodity, she was a companion and she easily “connected with and fell in love with the coaches.”

In 2010, she became LSU’s first NCAA All-Around National Champion and although it sounds silly, she didn’t really think about it. “You’re doing what you’re doing for your team, first and foremost,” she said. “I was doing the routines and trying to help my team advance to the Super Six. When the national championship came with that, I wasn’t looking for that, but it happened and of course it’s very exciting and a huge honor.”

The 2010 season was fruitful for Jackson, as she won the Roy F. Kramer SEC Female Athlete of the Year award, as well as being the SEC Vault Champion and NCAA Beam National Champion. In 2009, she was the SEC Beam Champion and, in 2008, she earned the SEC and NCAA Championships in Vault.

These accolades come as no surprise after learning that her two favorite events were vault and beam.

Jackson recalled that “my favorite event to compete was such a love/hate relationship. Balance beam was my favorite to train because the feeling of making your skills perfectly on a four-inch piece of wood was just such a cool feeling, but to compete on beam is absolutely terrifying. I think probably vault was my favorite to compete, just because it was really quick and over with but at the same time, I was terrified to vault.”

Despite being terrified, LSU head coach D-D Breaux “always said ‘Susan has ice water in her veins.’ Meaning that I don’t let a whole lot get to me.”

Jackson attributed the ice water coursing through her veins to the discipline and time management learned during her time training with the USA National Team. Those skills were especially helpful not only in the gym, but in the classroom as well.

“We had to be focused in every area of our lives. In the gym, in the classroom, and also in the community, so just time management and discipline,” Jackson said, were skills that assisted her in preparation for college life and athletics.

She extends some advice to the girls in college now, to prepare them for life after the lights and Friday Night Heights. “I would tell them to enjoy their four years at LSU and soak in every moment and every memory, because it goes quickly, but also focus hard on your education because that’s what’s going to carry you through the rest of your life.”

Jackson received her bachelor’s degree in sports administration and credits her current success as a business developer for an industrial company to LSU Athletics.

“Over the course of my four years at LSU, I matured a lot and learned a lot of life lessons,” she said. “I think it’s not all ‘what I learned’ but the connections I made through LSU Athletics that have gotten me started in this career and it’s helping me in this career. I want to advise the people there to seek out these connections and meet people in the field that they want to get into.”

Jackson remains involved with the team whenever she can be, attending the LSU Gymnastics Banquet last month.

She has a fervent love not just for the gymnastics team and coaches, but for the fans as well.

“Tiger Nation is just wild, we’re crazy, we take over towns and there’s such an excitement that is surrounding LSU and LSU Athletics and just to be a part of all of that was amazing,” Jackson said.

When asked about D-D Breaux, the woman who gave her the opportunity to fall in love with those trees just over ten years ago, Jackson confirmed that “she’s still the same old D-D. [There’s] so many sayings that she always used on us, and it’s funny to hear her use the same ones on the new girls. Some are even written on the new gym. I mean, the community loves her, she does a lot for LSU Athletics and so much for women’s athletics. She’s a great one.”

As an 11-time first-team All-American in four years, Jackson is “excited and honored” to be chosen as an inductee into the LSU Athletics Hall of Fame. She commented that “it was amazing just to be involved in LSU Athletics and to be inducted into this prestigious group, with athletes I admire, is very humbling.”

Like D-D Breaux, Susan Jackson is a “great one” and will remain a legend in the LSU Gymnastics program forever.