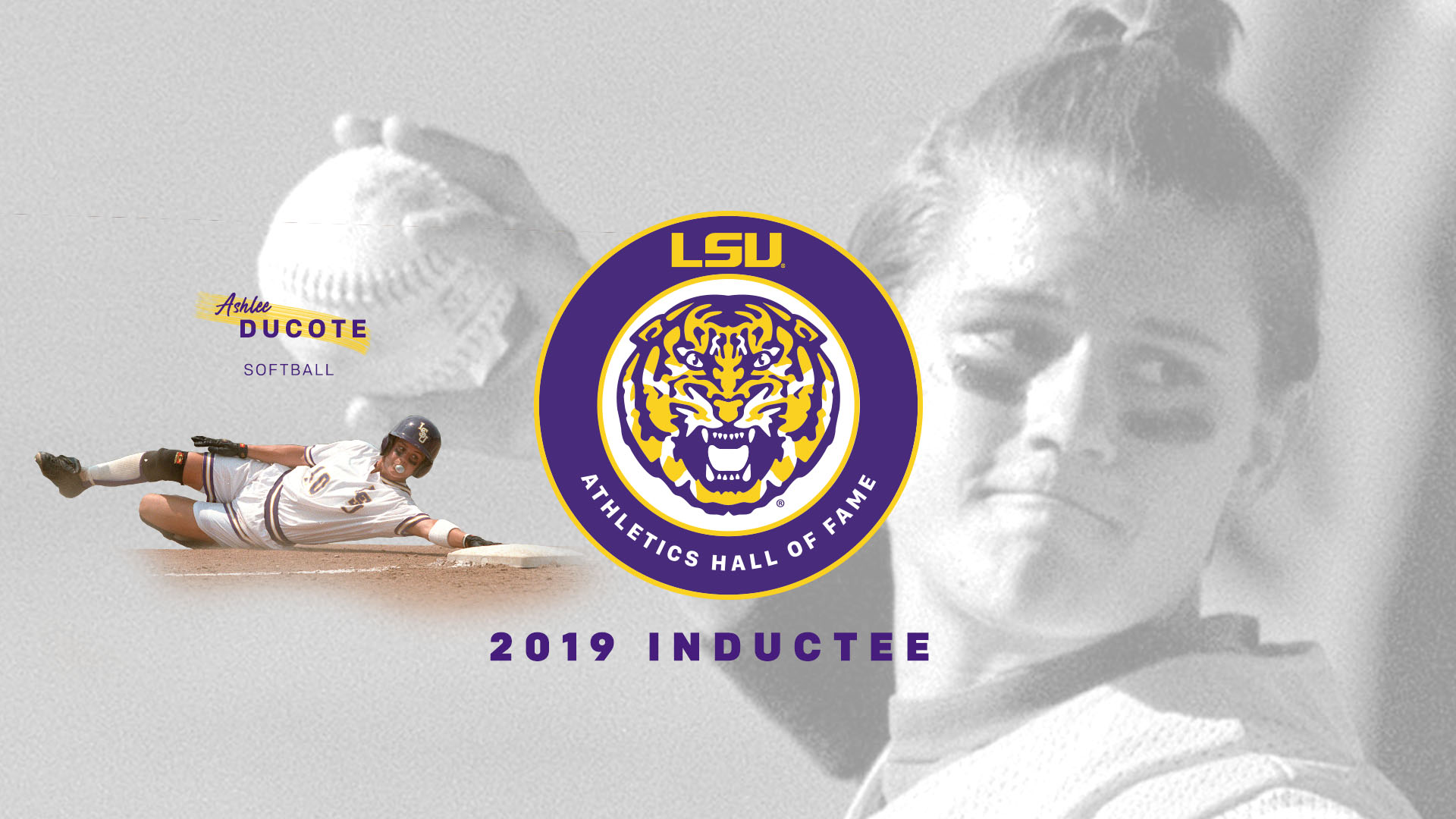 Ashlee Ducote, a small-town girl from Alexandria, La., never dreamed of becoming a great softball player, let alone a Hall-of-Famer. She soon became one of the greatest All-American softball infielders to have played for LSU.

Ducote knew Louisiana State University was the way to go when deciding where to go to school and play ball. She said LSU was “the school to go to at the time,” and when the Tiger coaching staff offered her a scholarship, she just couldn’t refuse.

She also liked how LSU was starting a new program during her time, and it would be a good option for her to get in and hopefully contribute to the team right away.

In high school, Ducote led her team to the district championship in 1993 and 1994, the state semifinals in 1995, and she was named all-district from 1993 through 1996 as well as to the All-Central Louisiana team. There was no question that she was a great prospect for college softball and the LSU Tigers.

Ducote began playing for LSU as a freshman in 1997, when the school revived its softball program. Her first two years with the Tigers were difficult for her.

“There were girls quitting the team, and it just wasn’t working,” she said.

Although she had a rough start with the team, Ducote prevailed and focused on growing as a player. To succeed, she said, “You have to love the sport and be willing to put in the time and effort.”

During her freshman and sophomore years at LSU, she made second-team All-South Region by the National Fastpitch Coaches Association (NFCA) and second-team All-Louisiana. In both years, she started in 62 games and played in 64.

She was impressive her freshman and sophomore years, but it wasn’t until her junior and senior years that she exploded as a player.

Ducote credits much of her success to coaches Glenn Moore and Mark Lumley. She said Moore did a great job with the team when he stepped in as head coach during her junior and senior years.

“They were always such great motivators, held me accountable, pushed me every day and believed in me,” she said.

Lumley, who was the Tigers’ hitting coach at the time, and Moore played a huge role in Ducote reaching her goal of becoming a great softball player.

As a junior, Ducote – a third baseman – in 1999 became the first LSU softball player to be named first-team All-American. She helped lead the Tigers to NCAA Regional appearances in 1998, 1999 and 2000.

“I had a lot of self-motivation,” Ducote said. “I wanted to be the best that I could be.” She also credits her parents for motivating her and always being there to support her at all times.

Ducote graduated from LSU with a degree in kinesiology, and she later went back to school, attending Louisiana College and earning a bachelor’s degree in education.

After graduation, she stayed at LSU as an assistant coach for two years, working with coach Yvette Girouard. She credits Girouard for helping guide her in her coaching career.

Ducote is now in her 12th year at Parkview Baptist School in Baton Rouge as the middle and high school softball coach. “I love being at this level,” Ducote said. She loves the kids and loves helping them grow.

She credits Moore – who is now the head coach at Baylor – with much of her success as a player and now as a coach. She said she does many things with her middle and high school teams that he did at LSU when she was a player.

Ducote also looks up to New England Patriots quarterback Tom Brady. She loves his work ethic and relates to him. She said, “When you have standards, you stick by them.”

She also admires how LSU runs its athletic programs because the coaches and staff teach their student-athletes how to remain humble.

Ducote is humbled to be inducted into the LSU Athletics Hall of Fame. She said, “There are a lot of great athletes that come through the university that aren’t in the Hall of Fame, and for LSU to pick me means everything.”

She’s excited, and she can’t believe it’s happening. This has been her dream since she was a little girl. She loves LSU because of its great atmosphere and fan support.

“It’s like no other in the country,” she said.