Tigers Look to Bounce Back Sunday Against Ole Miss 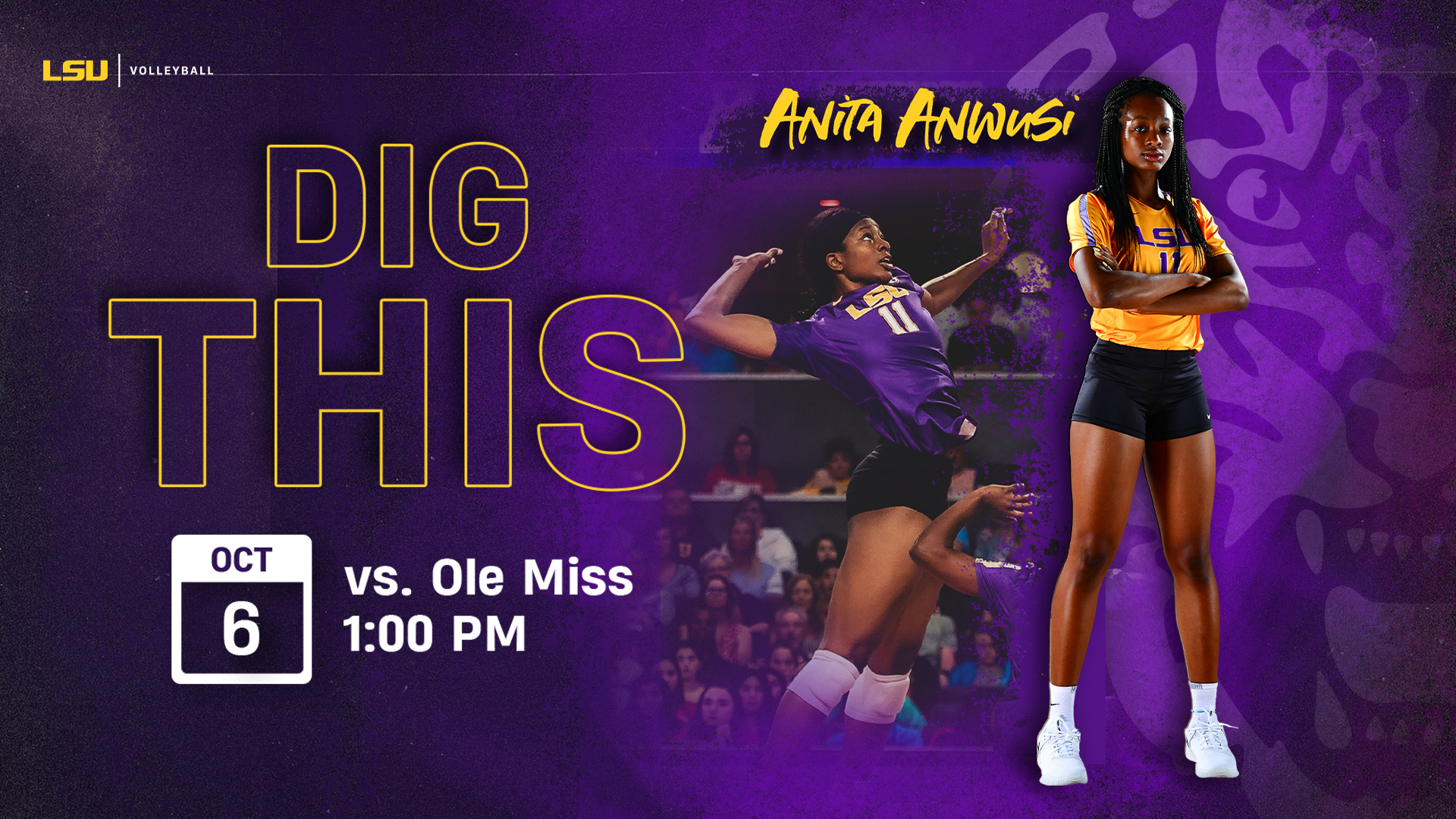 BATON ROUGE – The LSU volleyball team (8-5, 2-1 SEC) looks to bounce back on Sunday, playing host to Ole Miss (10-3, 2-0 SEC) at 1 p.m. inside the Pete Maravich Assembly Center.
The match stream live on SEC Network+ with Lyn Rollins and five-time Olympian Danielle Scott. The match will also be available via live stats.

Series History
– vs. Ole Miss: LSU owns an all-time record of 55-18 against Ole Miss. The Tigers have won two out of the last three matches against the Rebels, all three matches in five-set fashion.

>> Taylor Bannister has a total of 990 career kills and is 10 away from reaching 1,000 after tallying 173 kills thus far this season. Against Missouri on Wednesday, Bannister tallied 19 kills. She will be the 23rd player in program history to reach 1,000 kills in her career and just the seventh player to do it in her junior year.

>> Raigen Cianciulli, the fastest player to reach 1,000 digs in program history, has a total of 191 digs through the first 13 matches, recording 4.06 digs per set.

>> Samarah Hill and Karli Rose continue to make an impact. Rose picked up her fourth double-double of the year against Southern Miss.

>> Rose picked up SEC Freshman of the Week on Monday, her first weekly honor as a Tiger. She helped the Tigers to two sweeps and a .313 hitting percentage last week. She tallied 76 assists to go along with 13 digs, six kills and two blocks.

>> Anita Anwusi played a big match against Mississippi State, tallying a career-high eight kills and a .700 hitting percentage. She is third in the league in blocks per set at 1.21.

>> The Tigers have hit over .300 in five matches this season, with a season-high of a .365 mark against Southern Miss.

>> Among the league, LSU is third in opponent hitting percentage, holding their opponents to a .165 mark. The Tigers are also third in blocks behind Florida, averaging 2.47 per set.