Loughlan and Cubitt Advance in Doubles on Day One 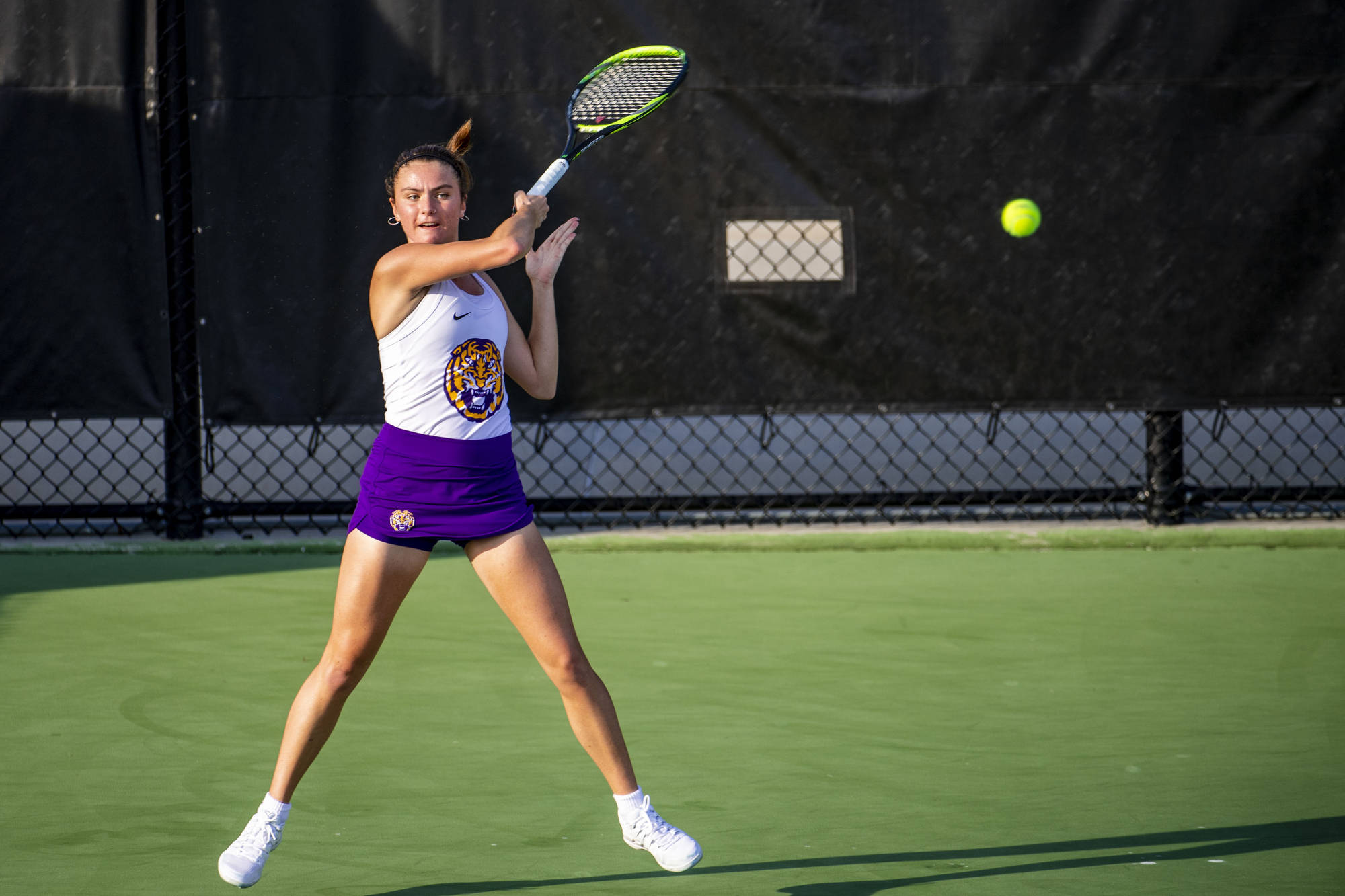 Waco, TX – LSU women’s tennis team sophomore Anna Loughlan and freshman Maggie Cubitt advanced to the quarterfinals of the doubles bracket of the H-E-B Invitational on Friday, October 4, at the Hurd Tennis Center in Waco, Texas.

The eighth seed duo of Loughlan and Cubitt earned a first round bye and began their campaign in the Round of 16 against Illinois’ Madeleine Gandawidjaja and Shivani Ingle. The Tiger duo showed their strength, winning the match by a commanding 6-1 score line to earn a spot in the quarterfinals.

Loughlan began her singles campaign against the fifth seeded Lesedi Jacobs from Kentucky. Loughlan and Jacobs contested a close first set, requiring a tiebreaker that Jacobs was able to win 7-3, taking the lead in the match. Jacobs rode the momentum from the first set and was able to win the second set, 6-0, and advance to the next round.

Cubitt faced UTSA’s Jasmin Starr in the first round. Starr and Cubitt traded games back and forth before requiring a tiebreaker to decide the first set. Starr was able to pull ahead and win the tiebreaker 7-3. Starr won the first game of the second set before Cubitt had to retire, allowing Starr to advance to the next round.

Junior Luba Vasilyuk took on Emilee Duong from Illinois in her first round matchup. Vasilyuk had a strong start, taking the first set by a score of 6-3. Duong struck back in the second set, winning 6-3 and forcing a ten-point tiebreaking third set. The tiebreaker was a closely contested one, with Duong able to hold the lead and eventually take the set by a score of 10-7 to advance to the second round.