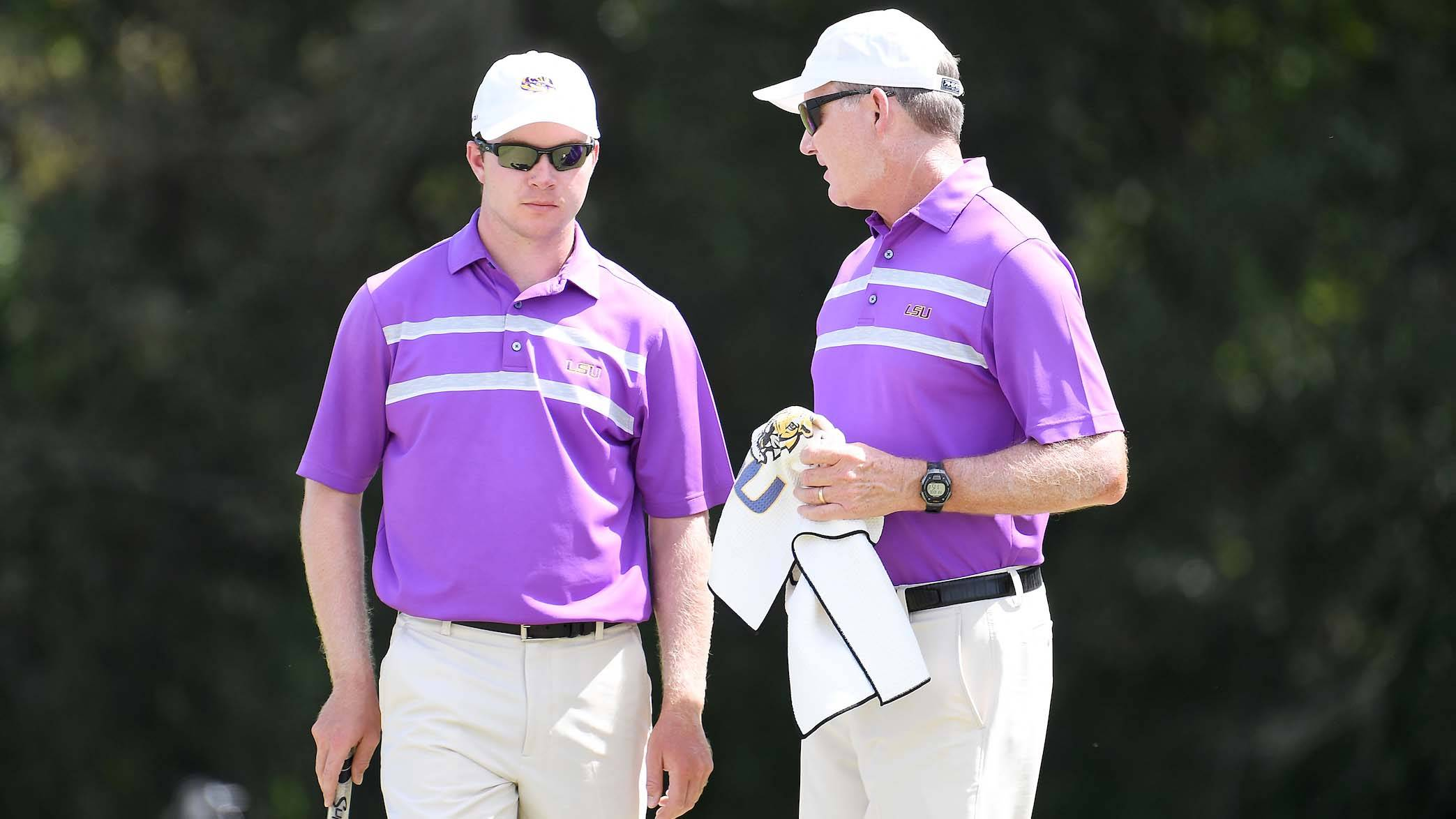 Shreveport, La. – The LSU men’s golf team will play host to the two-day David Toms Intercollegiate this weekend at Southern Trace Country Club in Shreveport, La. Thirty-six holes will be played Saturday with 18 to conclude the tournament on Sunday. Southern Trace plays as a 7,048-yard par 72.

LSU has won the David Toms Intercollegiate for five consecutive years. The Tigers have also had the top individual finisher each of the last five years. Last season, the Tigers finished 28 strokes in front of the second-place team, Louisiana-Lafayette. Trey Winstead finished first with a 7-under 209 score; it was the first collegiate win of Winstead’s career. This year is the first time since 2011 the tournament will not be held at the University Club in Baton Rouge. In 2011, LSU finished fourth with an 11-over par 875 team score at Southern Trace.

As a team, the Tigers are coming off a tied for fourth finish at the Inverness Intercollegiate two weeks ago. LSU finished the event with a 20-over 872 three-day total. Barber, Winstead and Barbaree all finished tied for fourth in the individual standings with scores of one-over 214. Hayden White recorded an 18-over 231 total for the tournament and Michael Sanders was 21-over 234 for the tournament.

A season ago, the lineup fared well for the Tigers at the David Toms Intercollegiate. Winstead won the tournament with a 7-under 209. Barber came in third with a 5-under 211. Sanders finished in fourth with a 4-under 212 and Barbaree finished in fifth with a 3-under 213. As individuals, Woollam recorded a 6-under 210 to finish in second place, White finished T48 at 15-over 231 and Gonzales came in T60 with an 18-over 234.

Teams will tee off Saturday morning at 8:30 am CT in a shotgun start. Once the first round is complete, play will continue for another 18 holes. The tournament will wrap up Sunday with another 8:30 am CT shotgun start to complete the third round.