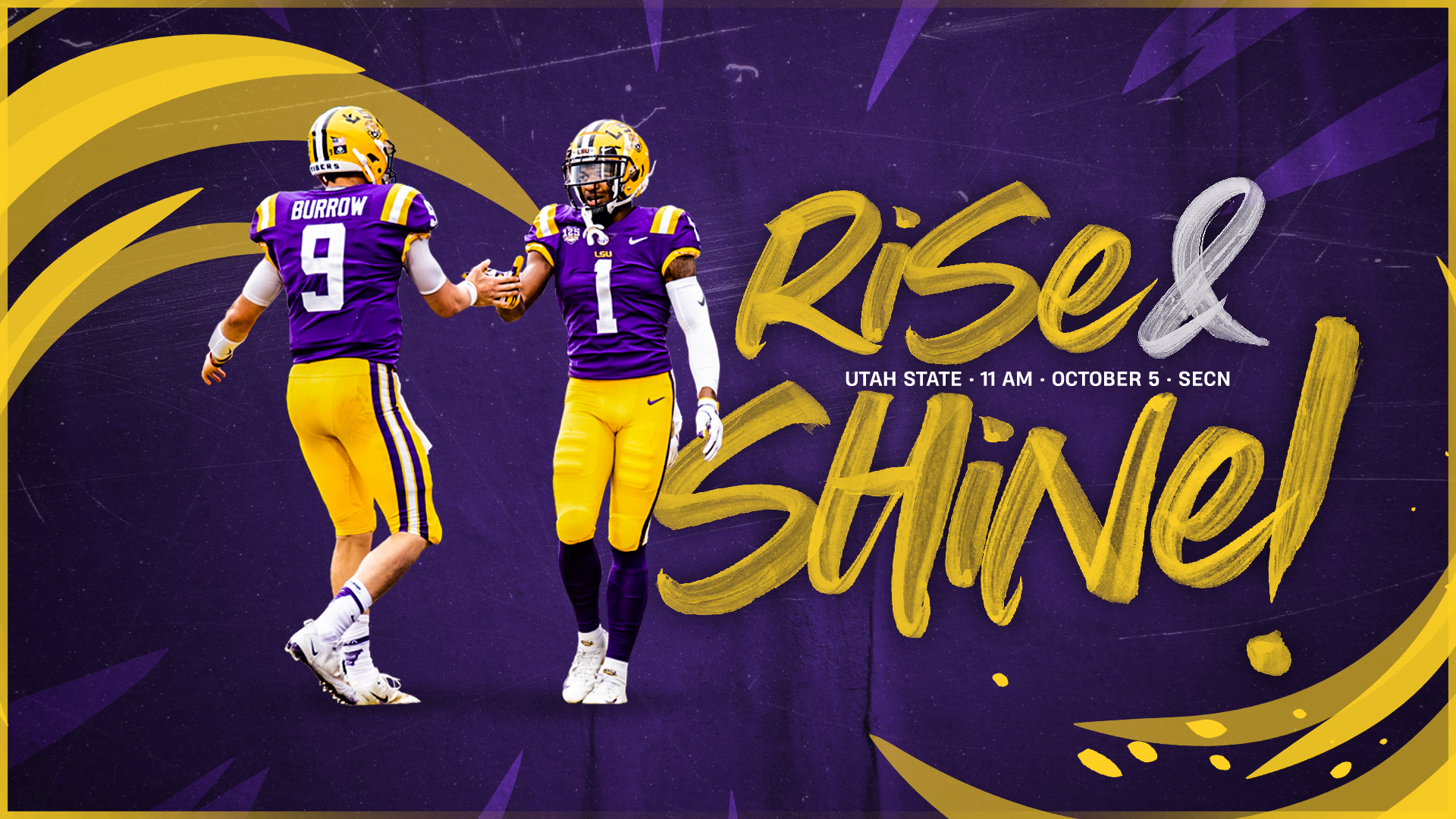 Fresh off the first of two open dates this season, No. 5 LSU (4-0, 1-0 SEC) returns to Tiger Stadium for an 11 a.m. kickoff against Utah State on Saturday morning.

Fans can watch the game on the SEC Network and listen live on the LSU Sports Radio Network.

The Tigers return to the field two weeks after a 66-38 win on the road at Vanderbilt, in which LSU’s offense continued its hot start to the 2019 season. Quarterback Joe Burrow threw for 398 yards and a school-record six touchdowns in the win, including four to wide receiver Ja’Marr Chase.

The Tigers will be without touchdown leader Terrace Marshall, who left the Vanderbilt game early with a foot injury. While Marshall is quickly healing and expected back sooner than later for LSU, it opens up the passing game to other options. Stephen Sullivan can move from tight end back to receiver, while younger players will get a chance to showcase their talents.

At running back, Clyde Edwards-Helaire had his most productive game of the season in Nashville, picking up 106 yards on 14 carries and scoring his fifth touchdown of the season, the second-highest tally in the SEC. Edwards-Helaire has picked up 226 of his 288 yards this season after contact, with a broken tackle rate of 62.75 percent (32 broken tackles on 51 carries), the best mark in the SEC.

The line will get a new addition, as Ed Ingram returns to the field for the first time since the 2017 season, when he started 12 of 13 games at right guard. He’ll get the start at left guard, with Adrian Magee moving to left tackle, and Orgeron expects Ingram to pick up where he left off his freshman season.

“He’s earned a starting spot,” Orgeron said. “We’re going to have to monitor his plays, see how he goes. On offense, we haven’t had a lot of long drives. We believe in Ed.”

Utah State, led by quarterback Jordan Love, poses a unique challenge to LSU’s defense. They’re one of the fastest offenses in the country, averaging 80.7 plays per game. Love, meanwhile, is a potential first round pick and the preseason player of the year in the Mountain West. He threw for 3,567 yards and 32 touchdowns last season, and he ranks 14th nationally in 2019 with 301.8 yards per game.

“His knowledge of the game, he reminds me of Joe, the way he runs his offense,” Orgeron said. “He knows where to go with the football, he doesn’t keep the ball in his hands long. He can scramble to throw the football, and he’s also a dual threat quarterback. I think he’s a winner, I think he’s a gamer.”

The Tigers have prepped for Utah State all week by going against an LSU scout team offense playing at “warp speed,” the fastest tempo in the playbook.

LSU’s defense, meanwhile, will return K’Lavon Chaisson on the outside, as the redshirt sophomore outside linebacker makes his third start of the season. Chaisson did not play against Vanderbilt or Northwestern State but has practiced all week and is set to slide back into the starting lineup.

“We’re going to need some pass rush, and he brings us a lot of pass rush,” Orgeron said. “I expect him to really help us.”

Orgeron says it’s as healthy as the team has been since the first game, and the early kickoff has his team working on an advanced clock.