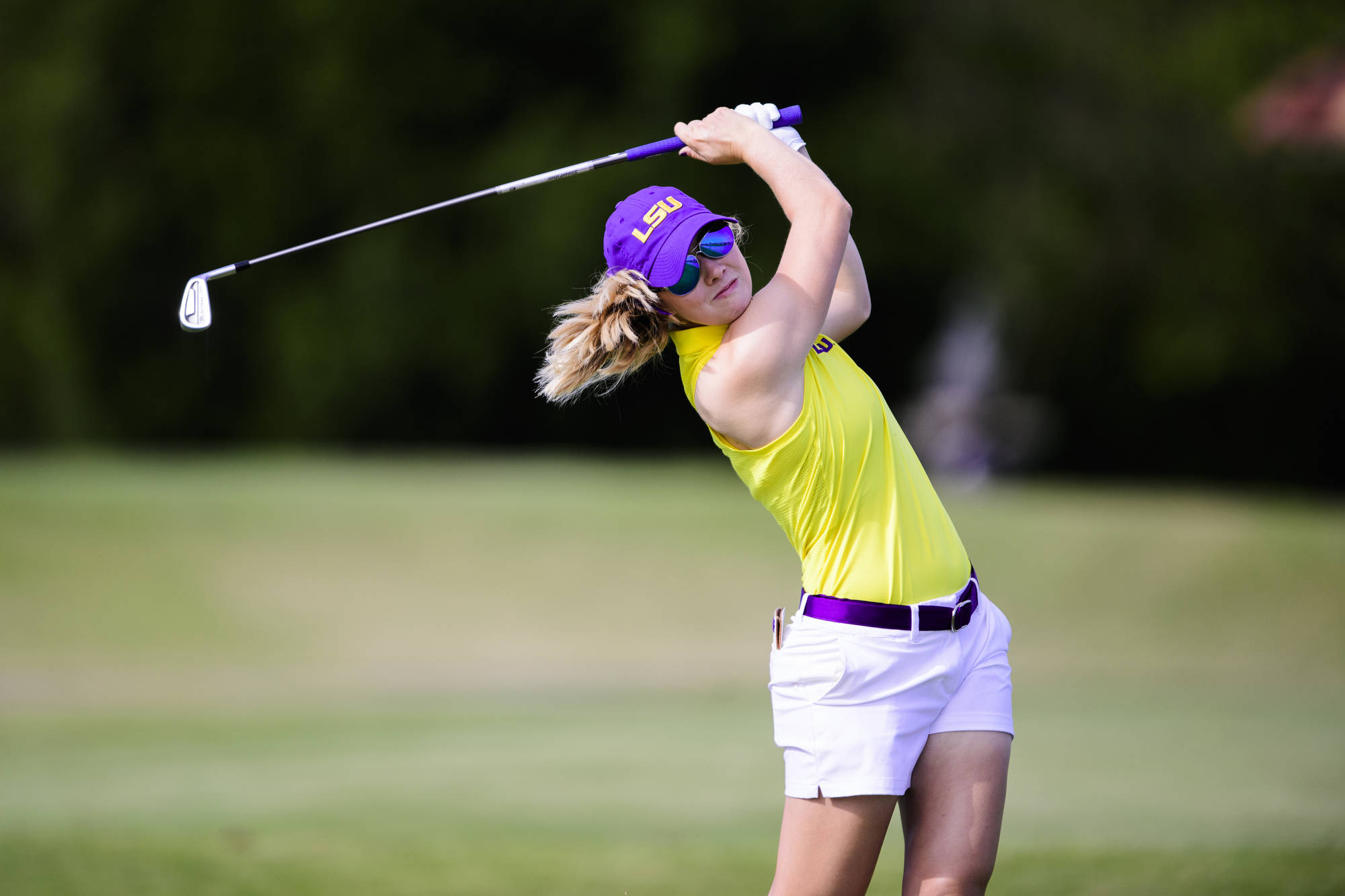 BATON ROUGE – The LSU women’s golf team is taking its first venture in the history of the program into the state of Virginia for the Princess Anne Invitational in Virginia Beach. Old Dominion is the host of the 15-team event at the Princess Anne Country Club on October 4-6.

The Lineup
LSU second-year head coach Garrett Runion is excited to see what his squad can accomplish at the Princess Anne following a third-place finish at the Mercedes-Benz Championship to start the 2019-20 season.

“I hope to see three rounds of solid golf,” said Runion. “I want to see us get better each day and be in a position to challenge atop the leaderboard going into the last round. We are going with a slightly different lineup as Latanna Stone makes her first start of the season. She has been recovering from a summer injury and feel that she is ready to go.”

Ingrid Lindblad, Kendall Griffin, Alden Wallace, Latanna Stone, and Presley Baggett will be the starting five, while Kiana Oshiro will compete as an individual. Stone, a freshman from Riverview, Florida, is making her first start as a Tiger, while Lindblad and Oshiro are making their second appearances as Tigers alongside returning players Griffin, Wallace and Baggett.

Wallace, Lindblad and Griffin started the season with Top-20 finishes at the Mercedes-Benz Championship in Knoxville, Tennessee, on September 16-17. Wallace shot 2-under to finish in a tie for eighth place, while Lindblad shot even to tie for 11th place. Griffin finished at 3-over and tied for 18th place.

“The strength of our team this year is that we have a lot of fire power and offense,” stated Runion. “We can make a lot of birdies. However, in researching this tournament, there was a premium on pars. Windy conditions next to the ocean on a course with small greens will favor the teams who are tough mentally and have the ability to hang on, make pars and not donate any shots. Our team knows they don’t play big championships on easy courses and are looking forward to the task ahead of them.”

The Field and the Course
LSU and host Old Dominion will be joined in the field by Campbell, Chattanooga, Coastal Carolina, College of Charleston, East Carolina, Marshall, Middle Tennessee, Minnesota, Sacramento State, South Florida, UCF, UTSA, and Virginia Tech. In addition to LSU, UCF, Campbell, East Carolina and College of Charleston are also receiving votes in the WGCA poll.

Princess Anne Country Club is located in Virginia Beach, just two blocks from the ocean. The 54-hole tournament will play at a par of 70 over 5,816 yards with 18 holes scheduled for each day.