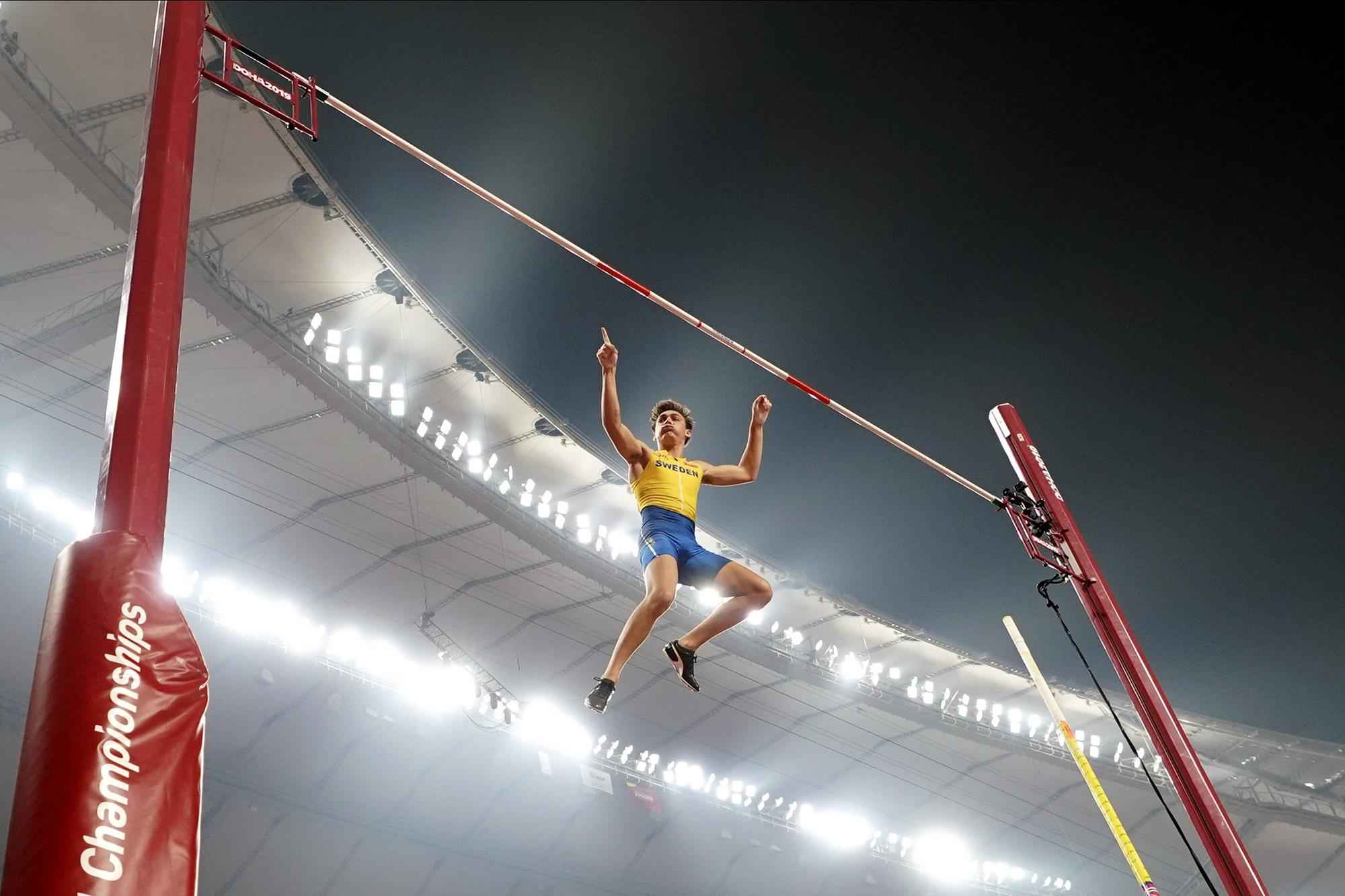 Doha, Qatar – LSU All-American and pole vault phenom Mondo Duplantis secured his first world medal on the senior level on Tuesday at the IAAF World Championships in Doha, Qatar. Duplantis cleared a height of 5.97 meters (19′ 7″) to garner silver. Sam Kendricks, the now two-time world champion, won gold with the same height as Mondo but won due to fewer misses at previous heights.

Duplantis opened the meet with easy clearances of 5.70 meters (18′ 8.25″) and 5.80 meters (19′ 0.25″). After the clearance of 5.80 meters, it was only Duplantis, Kendricks, and Polish jumper Piotr Lisek remaining. Duplantis’ first miss of the meet was his first try at 5.87 meters (19′ 3″), but he wasn’t the only one to miss as all three failed to clear on the first attempt. Duplantis and Lisek went over on their second attempts, and Kendricks made a must make attempt on his third try.

Duplantis next cleared a bar of 5.92 meters (19′ 5″), but it came after two misses that ultimately became the deciding factor later in the competition. Kendricks went up and over 5.92 meters on his first attempt to give him the advantage on misses. Lisek missed his first try of 5.92 meters and passed on to a height of 5.97 meters. All three competitors missed their first two tries at 5.97 meters; Lisek was out of the competition after that because he did not clear 5.92 meters and it was his third-consecutive miss. Duplantis and Kendricks gave the crowd a show as both cleared 5.97 meters (19′ 7″) on their third and final attempt to keep the duel going. Neither man was able to clear the final height of 6.02 meters (19′ 9″) and by number of misses Kendricks was crowned champion.

It’s Duplantis’ first world medal on the senior level as he also made the finals of the pole vault at the 2017 IAAF World Championships where he took ninth. Only 19 years of age, Duplantis is a force to be reckoned with and will be a factor in major competitions for a long time. At LSU earlier this season, Duplantis won an NCAA indoor title, two SEC titles, set both collegiate indoor and outdoor records, and placed runner-up at NCAA outdoors. In July, he became the first man in LSU history to be named a finalist for The Bowerman.