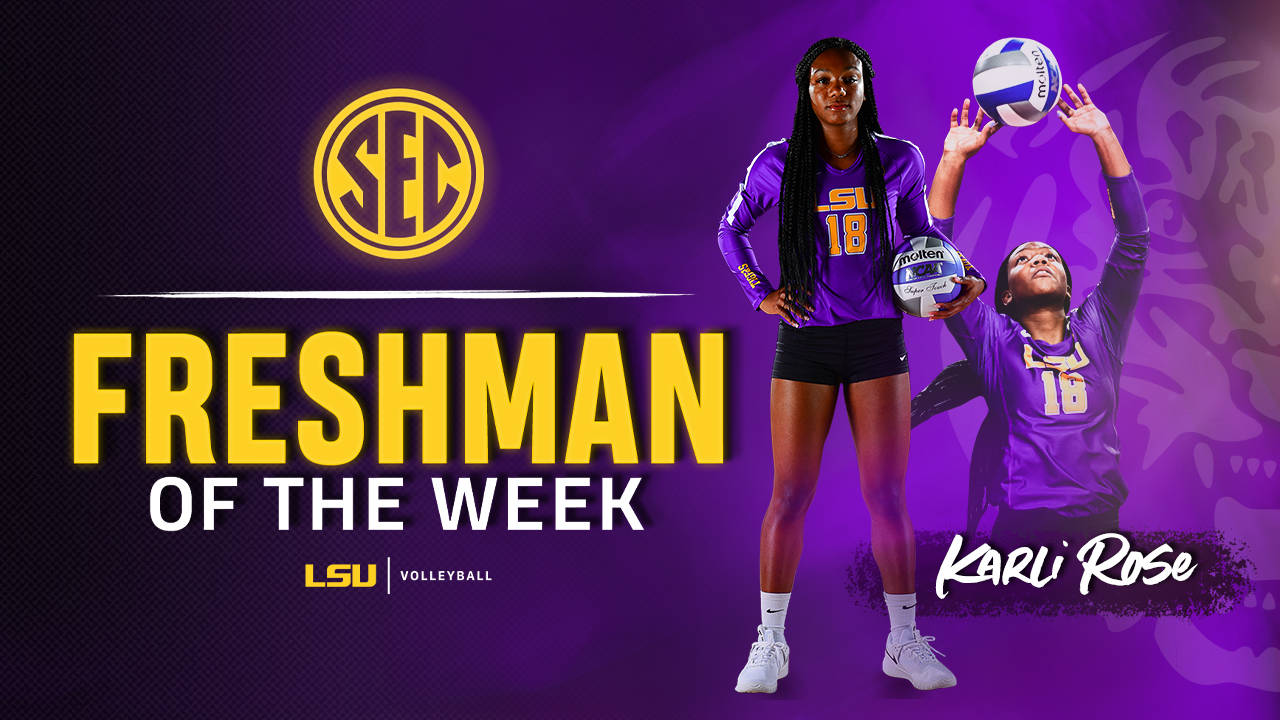 BATON ROUGE – After helping the LSU volleyball team to a 2-0 start to the SEC, freshman setter Karli Rose has been named SEC Freshman of the Week as the league office announced Monday.

Rose has made an immediate impact for the Tigers as a freshman. She earned the starting setter role and has led the team in double-doubles this season with four.

Last week, Rose assisted her team to a .313 hitting percentage in two sweeps to start conference action. Against Arkansas, she tallied 37 assists and eight digs to go along with two blocks and three kills. In that match, she helped the Tigers to a .337 hitting percentage, which was the fifth time this year the Tigers have hit over .300 in a match.

Against Mississippi State on Sunday, Rose finished the three sets with 39 assists and five digs. She also had an ace and three kills.

The Tigers are 2-0 in the SEC after two sweeps last week. It’s the first time the Tigers have started league play off with two wins since the 2011 season.

Overall, the Tigers are 8-4 and will look to continue their momentum this week, taking on No. 19 Missouri Wednesday at 6 p.m. and Ole Miss on Sunday at 1 p.m.