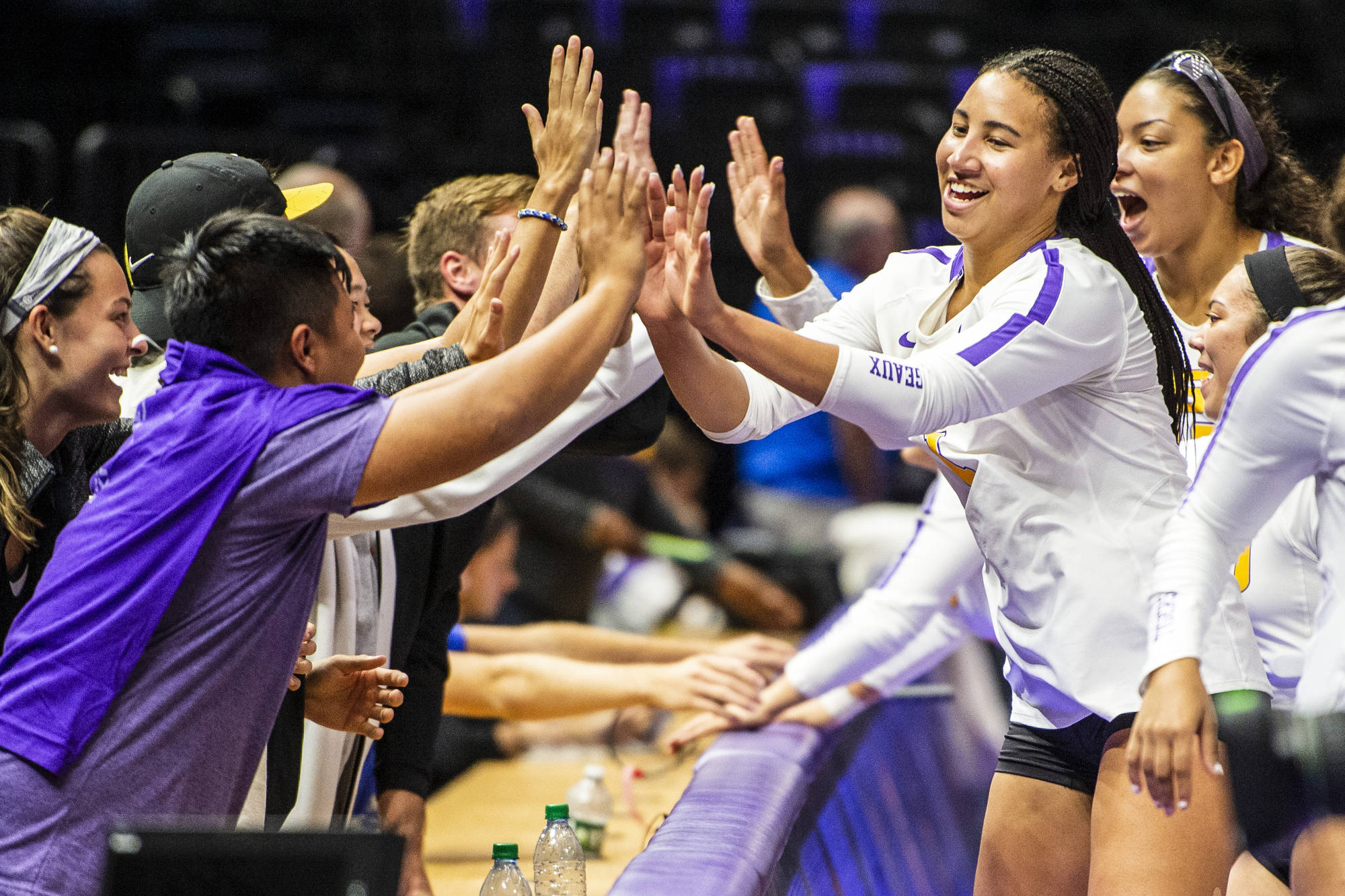 The Tigers are coming off an SEC opening win over Arkansas on Wednesday. They took care of the Razorbacks in three sets. Mississippi State fell to No. 16 Kentucky in its SEC opener on Friday, falling in four sets.

Series History
– vs. Mississippi State: The Tigers own a 59-9 all-time record against the Bulldogs. LSU has won the last four meetings and five of the last six, all in three-set fashion. The last time the Tigers fell to the Bulldogs was November 25, 2015, falling in three sets.

>> Taylor Bannister has a total of 957 career kills and is 43 away from reaching 1,000 after tallying 140 kills thus far this season. Against Arkansas on Wednesday, she tallied 15 kills and nine digs to lead the Tigers.

>> This season, Raigen Cianciulli has a total of 159 digs through the first 10 matches, recording 3.97 digs per set. In the last three sets, she has tallied 58 digs, averaging 5.8 digs per set.

>> Senior Milan Stokes stepped up big for the Tigers in their first SEC match of the year, tallying a season-high 13 kills.

>> Samarah Hill and Karli Rose continue to make an impact. Rose picked up her fourth double-double of the year against Southern Miss last weekend had a total of 37 assists and eight digs against Arkansas on Wednesday.

>> The Tigers have hit over .300 in five matches this season, with a season-high of a .365 mark against Southern Miss last Friday.