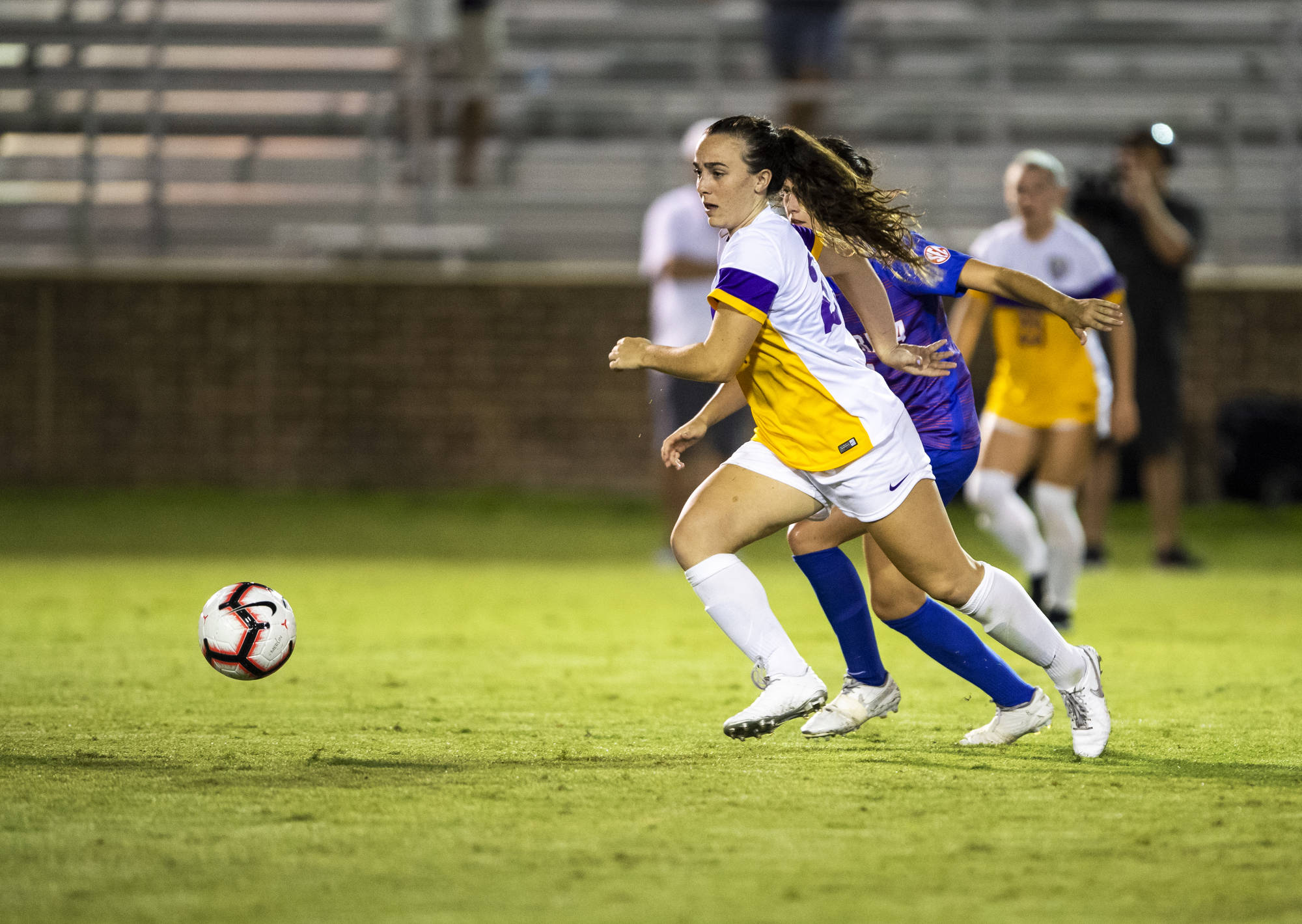 Series History
LSU and Texas A&M have met nine times previously with the Aggies winning eight of those contests. The lone draw in the series came in the first ever meeting between the two in 2009, a 1-1 draw in Baton Rouge.

Texas A&M Scout
The Aggies will bring a high powered offense to town having scored 30 goals in their first 11 matches to rank No. 3 in the nation in that category. They lead the SEC in shots (216), points (97), goals (30), and rank second in goals per match (2.73 avg.). Jimena Lopez (6g, 11a, 23 pts) and Ally Watt (7g, 6a, 20 pts) are the two top scorers for Texas A&M and they will present a challenging task for LSU’s backline. Shantel Hutton is the Aggies primary keeper having played in all 11 matches; she has made 33 saves and owns a goals against average of 0.48.

Emma Grace Goldman
Goldman had one of the all-time great LSU performances in net against Georgia on Thursday night as LSU earned a 1-1 draw thanks in large part to Goldman’s performance. A plethora of diving saves, a penalty kick denial, and a total of 16 saves made it one of the best showings by an LSU keeper. The 16 saves rank second on the LSU single game list alongside Shelli Montevirgen’s 16 from a match against Georgia in 1996. The school record for saves in a match is 17 by Bonnie Otillio (at Oklahoma/1999). Her 69 saves on the season rank No. 4 nationally and are the most in the SEC. Goldman, in her first year in net, has allowed 15 goals in 905 minutes of play for a GAA of 1.49.

Moreau’s Magic
Looking like LSU was headed for its fifth-straight loss on Thursday night, Maddie Moreau pulled one back for the Tigers with her first career goal in the 86th minute to equalize the match against Georgia. The play was created by senior Marlena Cutura who played a beautiful through ball in behind Georgia’s back line to lead Moreau into the left side of the 18. With Georgia’s keeper dashing at her, Moreau stayed composed and megged the keeper to score the goal. Moreau is LSU’s fifth player to score a goal this season.

Cutura Streak
With her assist in the 86th minute against Georgia on Thursday night, senior Marlena Cutura continued an impressive streak. She has now scored a goal or registered an assist in 14 games during her career and LSU has yet to lose a single one of them. The Tigers are 11-0-3 all time when Cutura scores a goal or adds in an assist.

Sunday Promotions
The LSU soccer team will wear teal jerseys on Sunday in support of ovarian cancer awareness and research. Two-hundred and fifty LSU scarfs will be given out to the first fans through the gates (open at 12 p.m.).

Tough Schedule
LSU has played 10 opponents this season and the combined record of those nine opponents is 56-27-11 to rank LSU’s schedule as the 23rd toughest in the nation. It doesn’t get any easier the rest of the way for the Tigers in SEC play with seven of the final eight remaining opponents ranked inside the top 75 of the current RPI rankings.

Fresh Faces
The Tigers have played as many as seven first-time players on the pitch at once this season. A total of nine players have made their LSU debuts this season and of those 10, Maddie Moreau, Emma Grace Goldman and Rammie Noel have started all nine contests. Meghan Johnson (7 starts), Anna Rockett (5 starts), Maya Gordon (4 starts), and Maddison Martin (1 start) have all earned the first starts of their career this season as well. Hannah Cuneo (6 matches), Makenzie Maher (6 matches) and Sydney Lau (1 match) have all earned their first playing time for the Purple and Gold this season.