Bhatnagar and Kozlov to The Finals in Athens 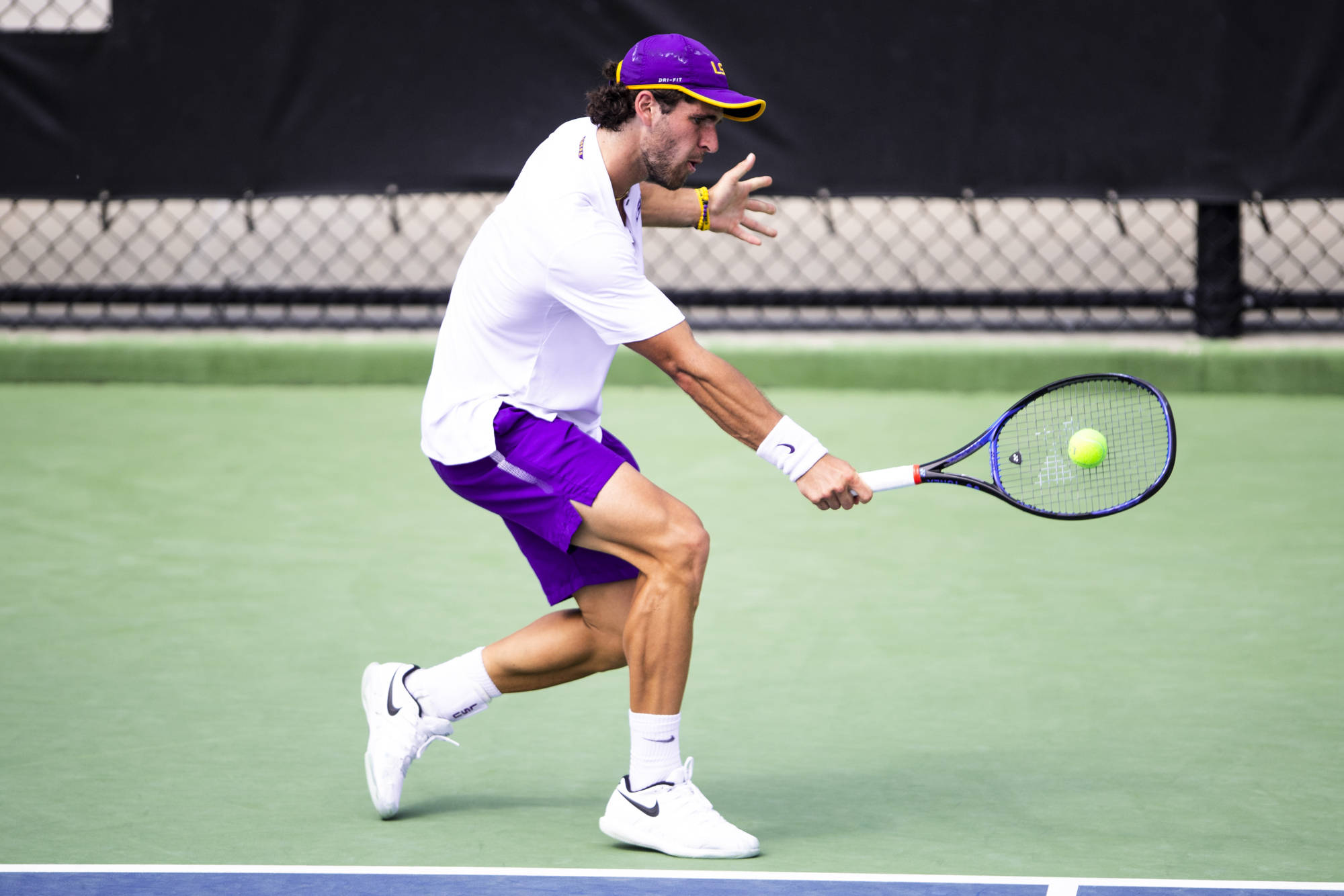 Baton Rouge — Two of LSU men’s tennis team had wins against the No. 2 and No. 3 seeded opponents in the consolation rounds of both the 52nd Annual Southern Collegiate Championships on Saturday.

LSU’s Malik Bhatnagar and Boris Kozlov shined against top competition Saturday in Athens. Malik Bhatnagar had a bye in the quarter-finals of the consolation bracket. For the quarter-finals, he took on the No. 3 seed in the tournament from Tulane. Bhatnagar took the first set 6-2, but his opponent retired in the second set sending him to the finals. Malik will face UCF in the red singles consolation finals.

Boris Kozlov started the day in the quarter-finals against the No. 2 seed and the No. 36 ITA ranked player in the nation. Kozlov dropped the first set but came out victorious 2-6, 6-2, 6-4. He moved onto the semi-finals where he took on Illinois but was defeated 6-4, 7-5. Kozlov will take on Tulane for third place in the black singles consolation bracket.

In doubles, Bhatnagar and Kozlov took on the No. 41 ITA ranked duo in the nation. They continued their dominance and won 6-4. They will take on the doubles team from Texas Sunday in the red doubles consolation finals.

“It was a good day in Athens. We’ve continued to play solid in doubles. It’s great for Boris and Malik to start the year with ranked wins and we hope to end tomorrow on a strong note,” said co-head coach Chris Brandi.

Ruy Teixeira was not able to compete today due to cramping. Freshman Tomy Descarrega faced Rice in doubles but was defeated 6-3, 6-3.

“Tomy was bit rusty from lack of play due to injuries, but he showed signs of greatness all weekend. He will be a big part of our success as we move forward,” said co-head coach Andy Brandi.