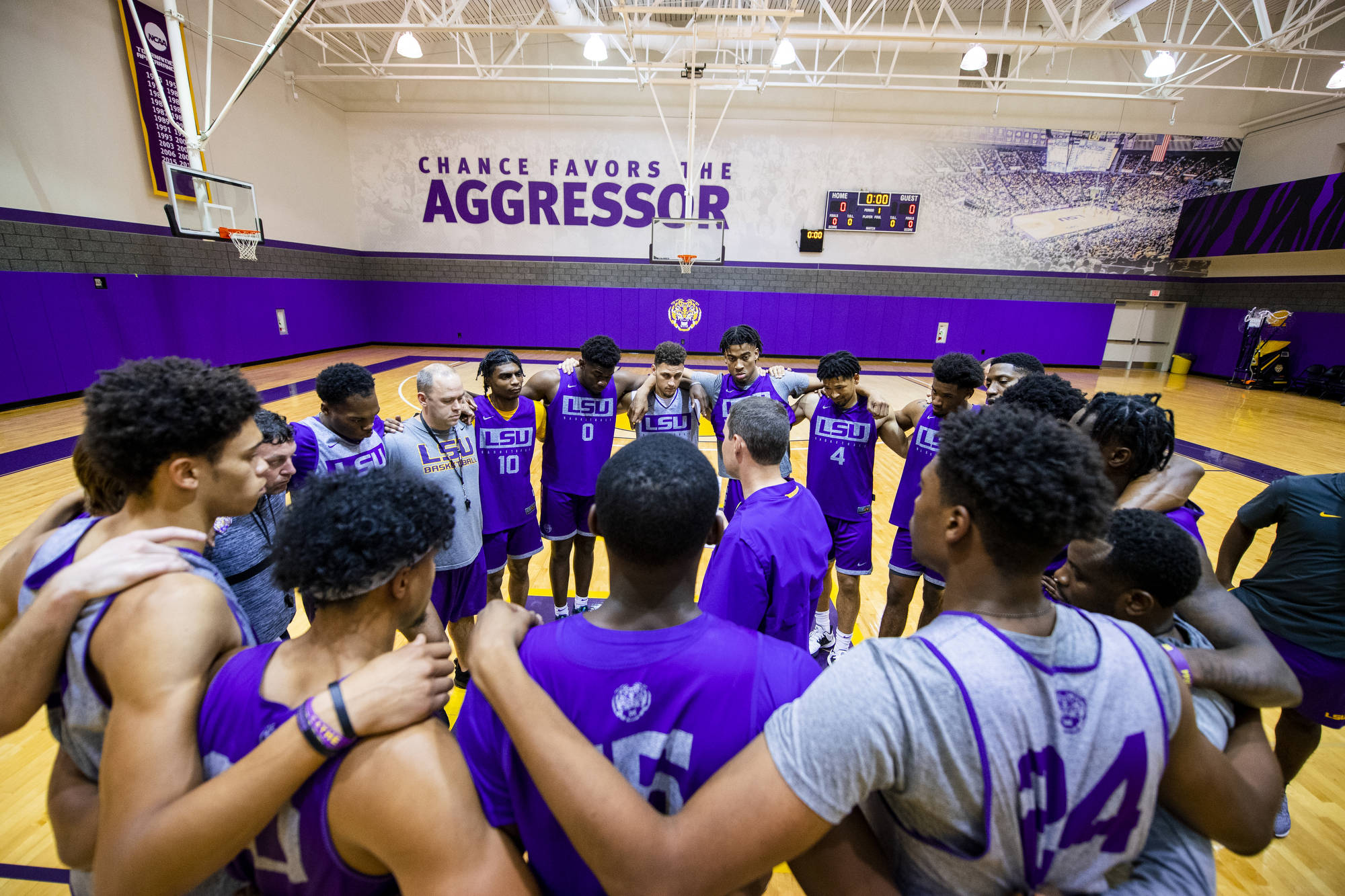 BATON ROUGE – The LSU men’s basketball team took to the court Friday afternoon for a two-plus hour practice session, the first of 30 practice days over the next 42, which will lead to the start of the 2019-20 season on Nov. 8 at home against Bowling Green.

Season tickets and information for the 2019-20 men’s basketball season can be found at LSUTix.net or through the LSU Athletics Ticket Office.

Coach Will Wade and his 14-player squad went through several different drills during the practice in the team facility at the Pete Maravich Assembly Center, but the main time periods were spent on defense and rebounding.

“It was good to be back on the court,” said Coach Wade, who is entering his third season at the helm of the LSU program. “We spent a lot of time working on defensive fundamentals, some of our rebounding fundamentals particularly with defensive rebounding and transition defense. So we just tried to spend time building our defensive base and getting and building better habits there. Offensively, we are pretty good. We just have to continue to build those defensive habits.”

Coach Wade talked about how the things Friday in the first practice were farther along because of the team’s August trip to Spain. LSU was able to get 10 practice days prior to its exhibition trip in which the Tigers won three-of-four contests in Madrid, Valencia and Barcelona.

The home games with Bowling Green, Nicholls and Missouri State will be streamed on SECN+. Also, LSU’s game in Los Angeles with USC at the Staples Center will be televised by FS1.