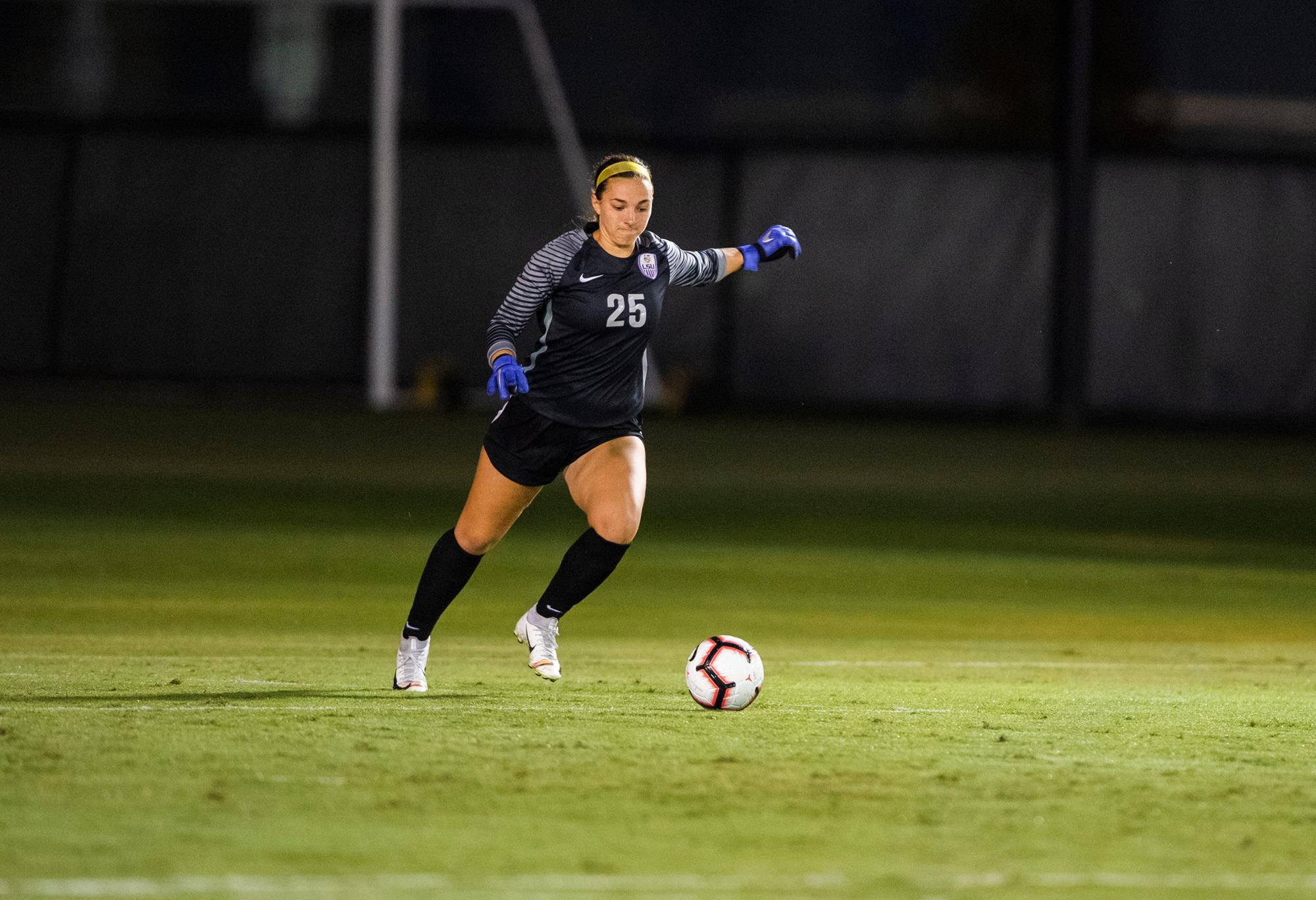 Athens, Ga. – A performance for the record books by Emma Grace Goldman (16 saves) and an equalizer by freshman Maddie Moreau in the 86th minute earned the LSU soccer team a 1-1 draw on Thursday night against Georgia at Turner Soccer Complex as the teams battled for a full 110 minutes. The result moves LSU to 2-6-2 (0-1-1 SEC) on the season, and Georgia is now 4-4-2 (0-1-1 SEC).

The Bulldogs came out of the gates blazing with the games eight first shots, one of which found the back of the net in only the fourth minute of the match. Reagan Glisson headed the cross home from Katie Ralys. The Tigers’ first golden chance of the match was created by Moreau in the 18th minute of play. She beat her defender down the left side of the pitch and crossed one into a streaking Meghan Johnson whose header went off the woodwork to prevent LSU from tying it up.

Without a doubt the most pivotal moment of the match came in the 24th minute. LSU’s Chiara Ritchie-Williams was called for a questionable foul in the box and it resulted in a Georgia penalty kick already having a 1-0 lead. Goldman sniffed out the direction of Glisson’s attempt for her second goal of the match and stoned the attempt to keep the deficit at one. The penalty kick save by Goldman was her seventh of the match in the 24th minute.
She would go on to make three more saves before the first half came to a close to match her career high of 10 saves in a single match.

Goldman made four saves in the next 45 minutes to bring her total to 14 for the evening, two of which came less than two minutes after LSU equalized the match. Moreau cashed in LSU’s best opportunity of the second half after Marlena Cutura played her in behind Georgia’s backline. Facing a one-on-one with Georgia’s keeper, Moreau slid her shot to the left of the dashing keeper and found the back of the net for her first career goal.

So many quality saves to choose from, but No. 2 most important on the night kept it level for the Tigers in the second and final overtime period. Georgia’s Chloe Chapman broke free behind LSU’s backline and took a shot on goal from a tight angle. Goldman made a quick dive to her right and secured the low, driven shot. Equally as important as Goldman’s save in the second overtime was Shannon Cooke’s last minute save off a Georgia corner. The initial service into the box off the Georgia corner was bouncing around and Ashley Anderson thought she had the game won for the Bulldogs. It was her, the net, and then, boom, out of nowhere Cooke came across the endline and cleared away the almost inevitable game winner for Georgia.

Up Next
The Tigers will welcome No. 14 Texas A&M to LSU Soccer Stadium for a 1 p.m. matchup on Sunday afternoon.