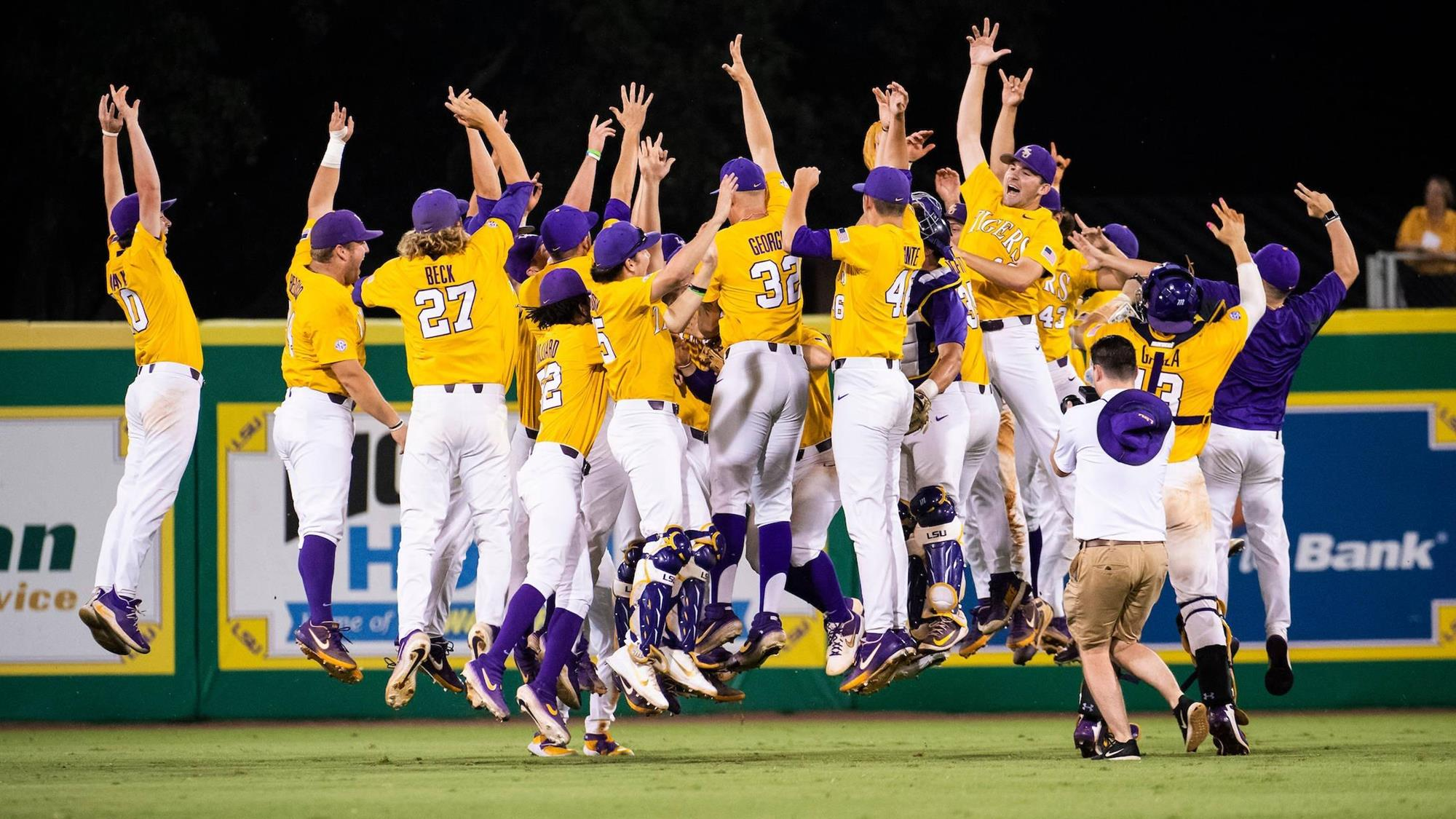 BATON ROUGE, La. – The 2020 LSU baseball squad will take the field for the first time on Sunday afternoon as the Tigers begin their six-week fall practice period in Alex Box Stadium, Skip Bertman Field. The opening practice session starts at 1 p.m. CT, with an intra-squad scrimmage to begin at 3:30 p.m. CT.

The fall practice session, which will feature several intra-squad scrimmages, culminates with the annual Purple-Gold World Series on November 6 and November 8. All of the fall practice games, scrimmages and workouts in Alex Box Stadium, Skip Bertman Field are free and open to the public.

The Tigers will also play two exhibition games this fall against other schools – Sunday, October 27, at 3 p.m. CT versus UNO in Alex Box Stadium, and Sunday, November 3, at 1 p.m. CT at Nicholls State in Thibodaux, La.

The Tigers, who have been engaged since late August in strength and conditioning drills and individual workouts, begin the 2020 season on February 14, when LSU plays host to Indiana in Alex Box Stadium, Skip Bertman Field.

The 2020 schedule features SEC weekend home series versus Mississippi State, Vanderbilt, Arkansas, South Carolina and Alabama. The non-conference slate is highlighted by a trip to Minute Maid Park in Houston for the Shriners Hospitals for Children College Classic on February 28-March 1, when LSU will meet Texas, Baylor and Oklahoma.

Renewals for 2020 season tickets are available now, as current season-ticket holders can log on to their online accounts at www.LSUtix.net. Renewals may also be submitted by calling the LSU Athletics ticket office during business hours of 8 a.m. to 5 p.m. CT at 225-578-2184, or toll free at 800-960-8587.

Coach Paul Mainieri, entering his 14th season at LSU, said that fall practice is significant in the growth of his team.

“This will be one of the most competitive falls we’ve ever had at LSU, because there’s not one position on the team that’s completely locked up,” said Mainieri, who will enter the 2020 season ranked No. 2 on the active NCAA Division I coaches wins list with 1,455 career victories in 37 seasons at St. Thomas, Air Force, Notre Dame and LSU. “We have a lot of work to do, but I’m very optimistic about the potential and the ability of this team.”

Cabrera, Beloso and Garza were mostly everyday starters last season, and Mainieri said each player will face challenges in the coming weeks. Garza, in fact, will have to sit out the fall practice period after undergoing surgery this week on his left thumb.

“Daniel will be competing for the starting job in center field, so we’ll need to determine if he can play there, or if he’ll play right field,” Mainieri explained. “Cade appears to have approved his skills at first base, but he’ll have to prove himself this fall and show us he can hit left-handed pitching. And, it’s unfortunate that Saul had to have the surgery, but he’ll be back at full strength in the spring.”

The pitching staff features 11 Tigers who recorded innings last season, including three weekend starters – right-handers Cole Henry, Landon Marceaux and Eric Walker. Right-hander Devin Fontenot, who posted seven saves in 2019, and right-hander Matthew Beck, who was 3-0 with a 2.05 ERA last season, are back to lead the LSU bullpen.

“The key to the pitching staff is keeping the guys healthy,” Mainieri said. “We have a veteran staff composed of a lot of pitchers that have worked significant innings for us.”

Right-hander Jaden Hill, who began 2019 as a weekend starter but suffered an early season-ending injury, will return to the mound this season, along with experienced right-handers Ma’Khail Hilliard, AJ Labas and Trent Vietmeier.

The Tigers’ talented 14-man recruiting class – voted No. 6 in the nation by Collegiate Baseball this week – is composed of 10 position players and four pitchers, and it contains four players that have been chosen in an MLB Draft – outfielder Maurice Hampton and infielders Zach Arnold, Zack Mathis and Cade Doughty.

“We’re going to have six weeks of intense competition,” Mainieri explained. “Everything will be up for grabs, and everyone will be given an equal chance to compete for a starting job. Fall practice is critical in the development of our team because it allows us to teach our players the fundamentals of the game and how to play the LSU way, at a championship level.”

ALL SCRIMMAGES ARE FREE AND OPEN TO THE PUBLIC