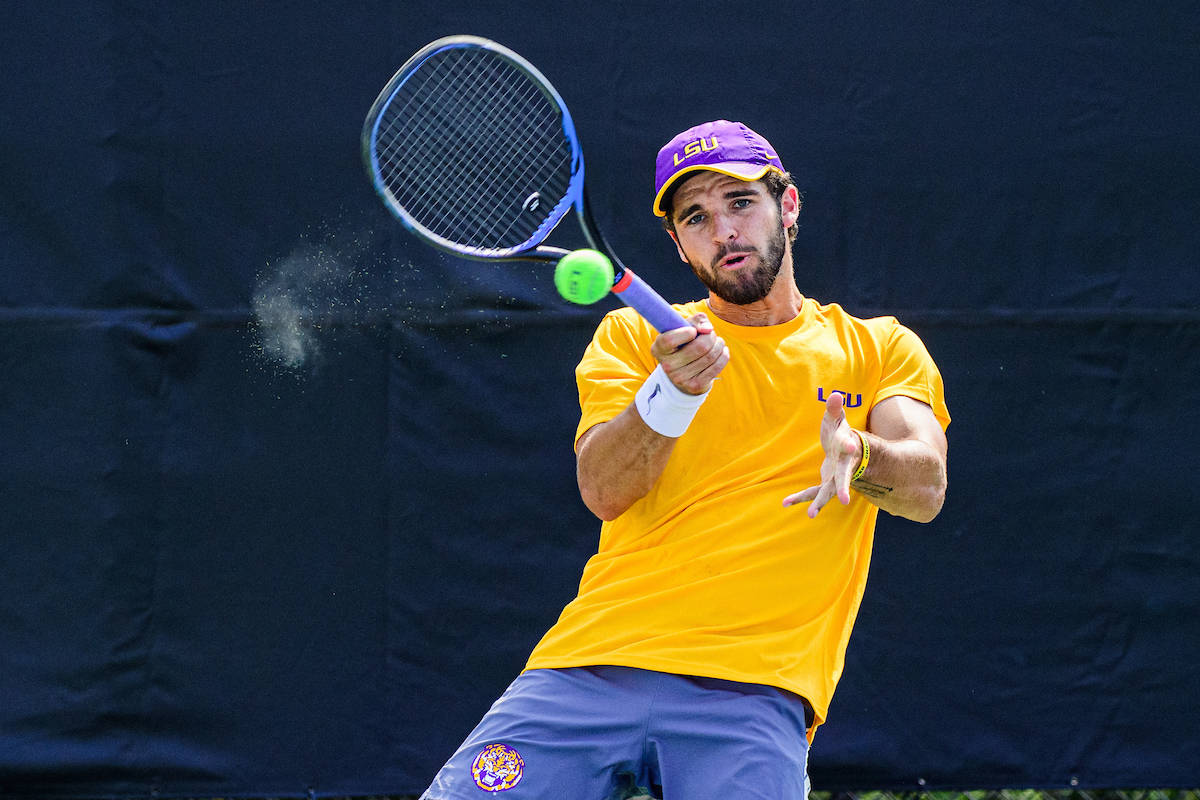 Baton Rouge — Four members of LSU’s men’s tennis team will be in action this weekend. Junior Malik Bhatnagar and sophomore Boris Kozlov will be in Athens, Georgia for the 52nd Annual Southern Intercollegiate Championship. Senior Ruy Teixeira and freshman Tomas Descarrega will travel down the interstate to Lafayette, Louisiana to compete in the 42nd Annual John Breaux Cajun Tennis Classic. Both tournaments will run from Friday, Sept. 27 through Sunday, Sept. 29.

Kozlov and Bhatnager will begin their 2019-20 season in Athens. No. 91 Kozlov looks to build off his stellar freshman campaign where he accumulated 21 wins and made his way on to the SEC All-Freshman team. Bhatnager, who had a great sophomore season with 21 wins, looks to continue that success in his junior season.

This year’s event is broken into four 16-player compass draws for singles and two 16-team compass draws for doubles. The action starts on Friday with two rounds of doubles slated to begin at 7:30 a.m., followed by singles in the afternoon.

Teixeira and Descarrega will be taking the I-10 west to the Louisiana-Lafayette for the John Breaux Cajun Tennis Classic. Teixeira, a senior, will try to replicate his success he had in Destin last weekend. Descarrega, a rookie, will get his first action in an LSU uniform. The Rosario, Argentina native has reached a career-high of 70 in ITF juniors and has a universal tennis rating high of 13.7.

Teixeira and Descarrega first serve on singles play, which is set for 8:30 a.m. on Friday, with second-round/first-round consolation play following at 2 p.m. A full first day finishes up with the first round of doubles play as well.