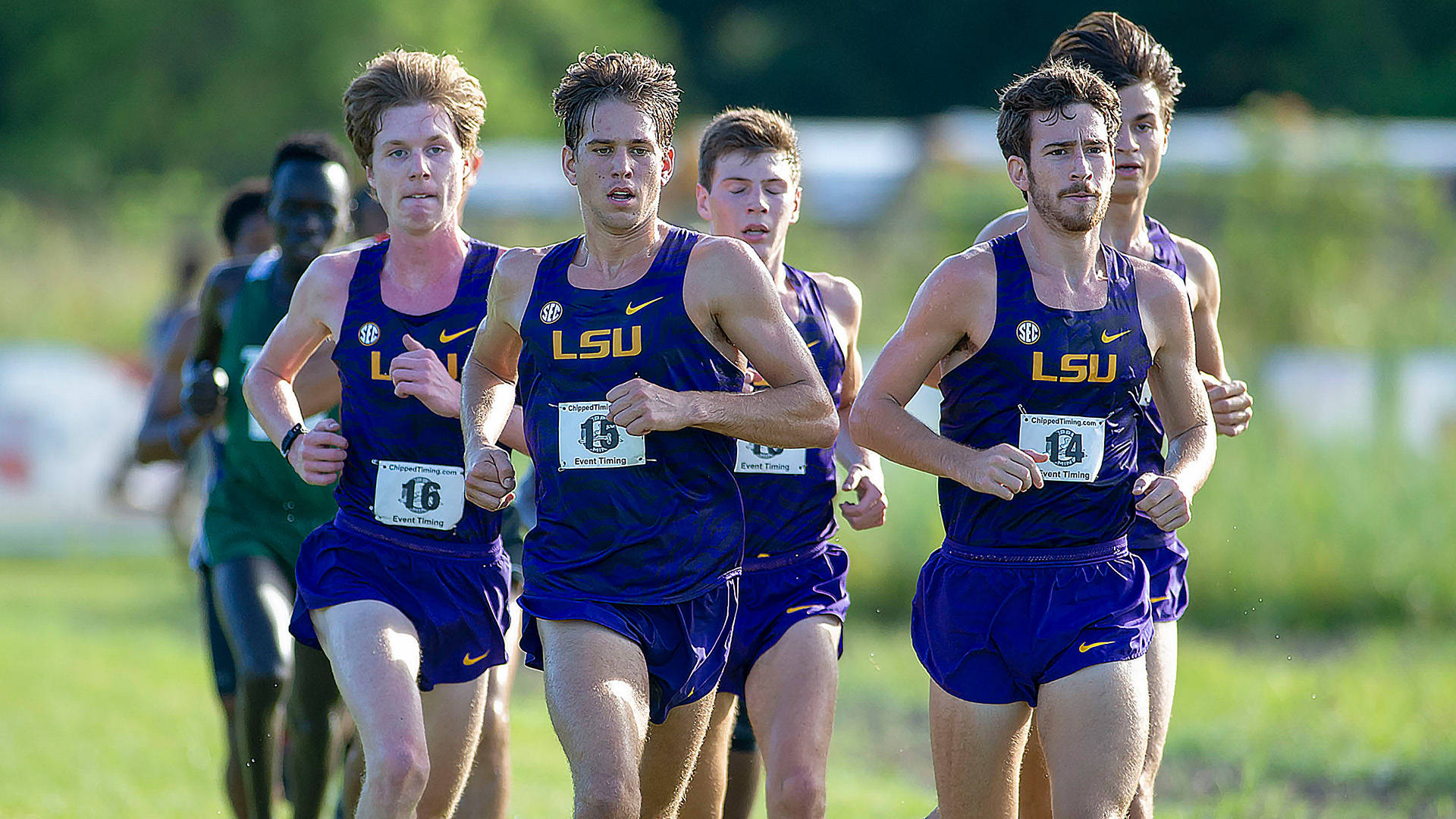 Baton Rouge, La. –  The LSU men’s and women’s cross country teams will compete in their first and only home meet this season when they host the LSU Invitational at Highland Road. Park in Baton Rouge on Friday night. Both the men and women will be running the 5k on Friday with the women starting at 5:00 p.m. CT and the men starting at 5:40 p.m. CT.

LSU will face off against Nicholls State, Tulane, Southern University and Southeastern who all just competed against the Tigers in the Nicholls Invitational last Saturday.

Eric Coston and Adam Wise will be making their season debuts for the Tigers on Friday night. Coston and Wise were two of LSU’s most consistent runners last year as they scored in every competition of the season. Freshman Davis Bove is making his college debut this Friday for LSU. Bove was the 2019 U.S. Junior Elite Triathlon Champion and figures to be a key contributor to the LSU cross country team.

The women are looking to defend their title from the 2018 LSU Invitational where they won the 3-mile competition with 25 points.  Alicia Stamey finished in fifth place with a time of 18:27.84. Sara Funderburk was another top ten finisher as she finished with a time of 18:50.58.  Katy-Ann McDonald will be making her season debut for the Tigers on Friday night.  McDonald is coming off a very impressive freshman season as she scored in all four meets that she competed in last season.

The LSU men’s and women’s squads each finished in first place in their last meet with 23 and 31 points respectively. Alicia Stamey was the top finisher for the women’s squad coming in second place overall in the 5k with a time of 19:08.84. Following Stamey was senior Sara Funderburk who crossed the finish line in third place with a time of 19:13.33. Adele Broussard closely followed Funderburk as she placed fourth with a time of 19:15.53. The last two Tigers to score were Amber Desselle (19:16.64) and Molly McHale (20:02.85) who placed in fifth and ninth overall respectively.

The LSU Invitational will be the only time the Tigers will be competing at home this season. It will be the third of five regular season meets before the SEC Championships in November. The remainder of the LSU cross country Schedule can been seen at lsusports.net.