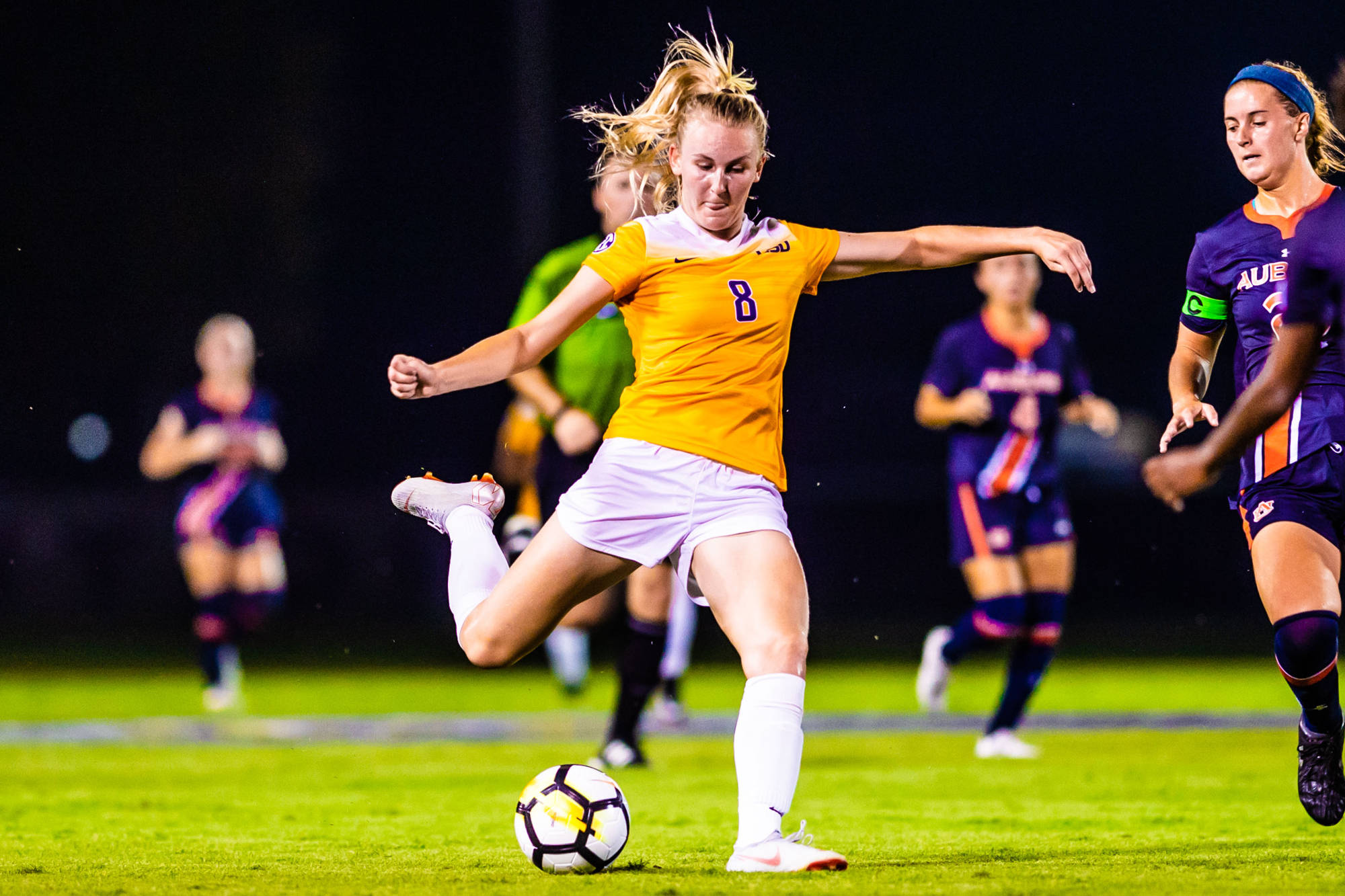 Series History
LSU and Georgia have played 19 previous times. Georgia has won 10 times, LSU has won seven, and there have been two draws. The last meeting between the two squads was a 2-1 win for the Tigers in 2017. In that match, Marlena Cutura registered an assist to give LSU the lead late in the first half. The Tigers have played in Athens nine times dating back to 1998 and the only win out of those nine road matches against Georgia came in 2008 – a 2-1 win for the Purple and Gold. In 2012, the Tigers earned a 2-2 draw in Athens.

LSU/Georgia Preview
Both teams enter Thursday night’s match with SEC records of 0-1-0. Both teams played SEC perennial powers in their openers and lost by deficits of 3-0. LSU dropped its home contest to Florida (Sept. 19) and Georgia fell to South Carolina on Sept. 20. LSU is coming off a game in which it produced a season high 18 shots on Sunday against James Madison, five of which were on goal. Two of the shots on goal were off the foot of Cutura, and the trio of Maddie Moreau, Rammie Noel, and Jade Clarke each had one a piece. Georgia enters the match with an overall record of 4-4-1, while LSU brings a mark of 2-6-1 into the contest. Georgia has a very balanced offensive attack with nine players registering a goal in 2019, but none of those goal scorers has more than three. Chloe Chapman (3 goals) and Ashley Andersen (2g & 1a) are the Bulldogs’ two highest point scorers this season, but they come off the bench and have yet to start a match this year. Emory Wegener has started the last four matches in goal for Georgia and she has given up five goals in those four matches – two to Clemson and three South Carolina, both which are Top 25 teams.

Tough Schedule
LSU has played nine opponents this season and the combined record of those nine opponents is 49-23-9 to rank LSU’s schedule as the 23rd toughest in the nation. It doesn’t get any easier the rest of the way for the Tigers in SEC play with eight of the final nine remaining opponents ranked inside the top 75 of the current RPI rankings.

Fresh Faces
The Tigers have played as many as seven first-time players on the pitch at once this season. A total of nine players have made their LSU debuts this season and of those 10, Maddie Moreau, Emma Grace Goldman and Rammie Noel have started all nine contests. Meghan Johnson (6 starts), Anna Rockett (5 starts), Maya Gordon (3 starts), and Maddison Martin (1 start) have all earned the first starts of their career this season as well. Hannah Cuneo (6 matches), Makenzie Maher (5 matches) and Sydney Lau (1 match) have all earned their first playing time for the Purple and Gold this season.