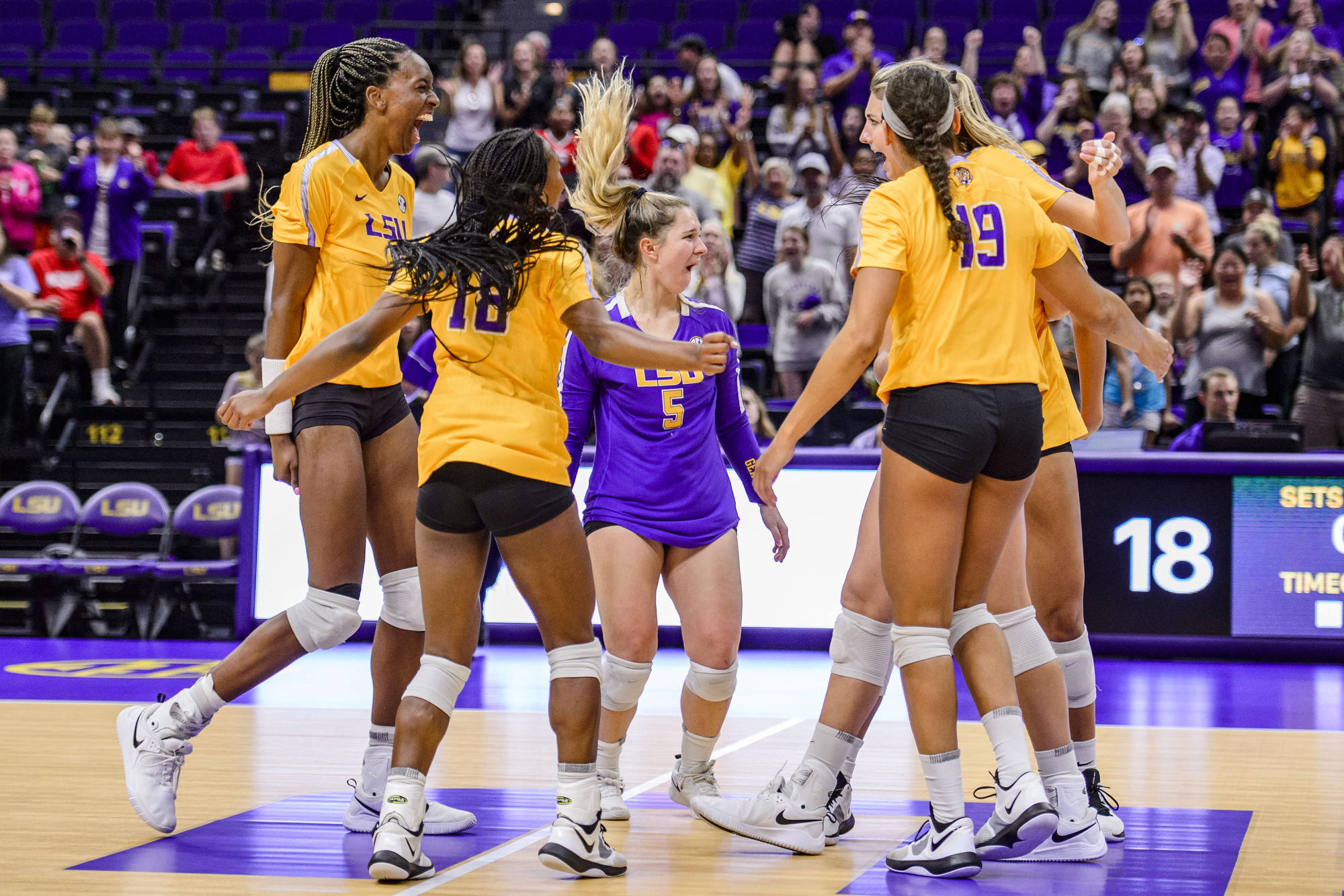 BATON ROUGE – In front of over 1,600 Tiger fans, the LSU volleyball team swept the Arkansas Razorbacks in three-straight sets by scores of 25-14, 25-19 and 25-20 to open up SEC action Wednesday night in the Pete Maravich Assembly Center. The Tigers are now 7-4 on the year and 1-0 in the SEC, while the Razorbacks move to 6-7 on the season and 0-1 in the SEC.

The Tigers will play at Mississippi State Sunday 29, at 1 p.m. in another SEC match up. This match will stream on SECN+, you can also follow the game via Live Stats and Twitter.

On the team’s performance against Arkansas…

“I thought we did a great job. The goal tonight was to kill balls and to control the first contact. We can be such a physically imposing team above the net. We’re big, we’re physical. We wanted to turn it into that type of match, and I think we did that. The second set we did not. Nine kills in the second set is not good enough, but I’m super proud of the 19 in the first and 18 in the third. We really need to reduce errors so there’s some improvements to be made. I’m proud of our effort, proud of our intensity, proud in the fact we never had a dip in our intensity or execution. We played well throughout the whole match and that’s new for us.”

On the fan support tonight…

“It was so fun. There were so many people and the greatest part is, you give the t-shirts away and some people left, but a lot of people stayed. Hopefully we created some volleyball fans out of the student body tonight. They were loud, they were involved. I have to mention the band, too. They were the key and they brought everybody. They had 80 members of the band tonight for us. We love that support, we support them, they support us. LSU is a family and that is a great example of it.”