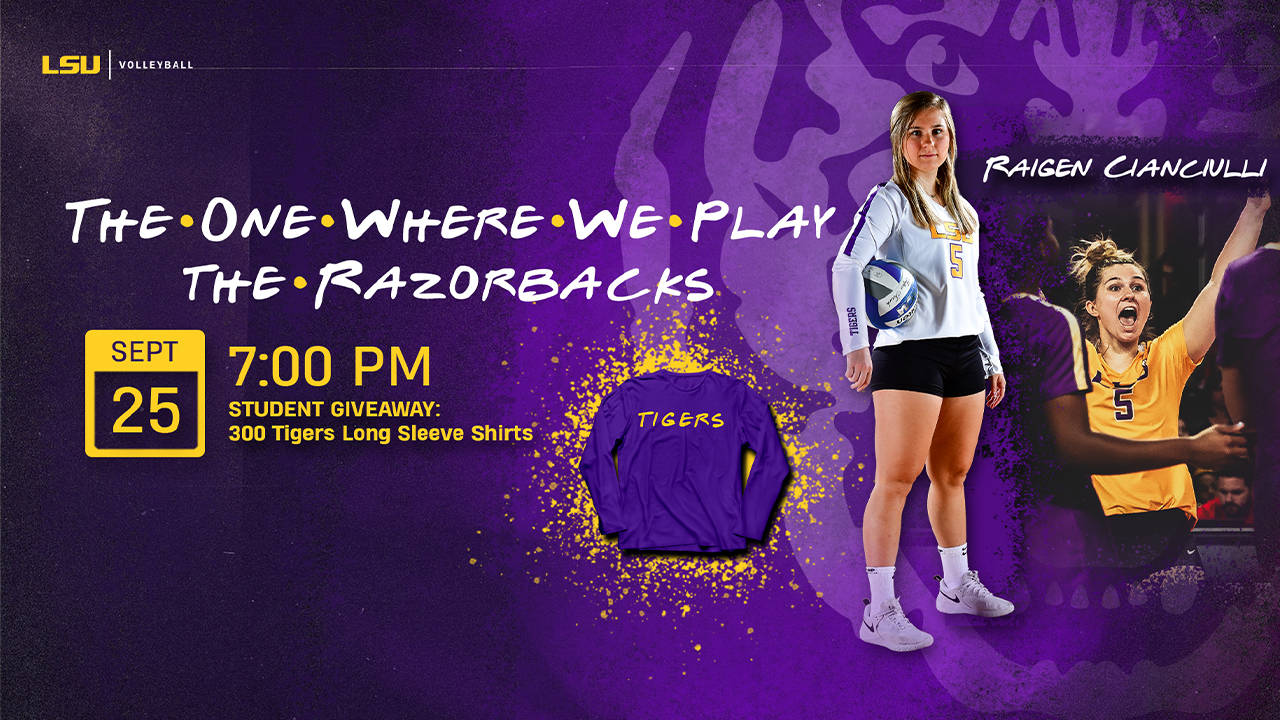 BATON ROUGE – The LSU volleyball team (6-4) will open up SEC action on Wednesday at 7 p.m. inside the PMAC, playing host to Arkansas (6-6).

The match will stream on SEC Network with Sam Ravech and Miss Whittemore calling the action. Live stats are also available, click here.

The Tigers are coming off a 1-1 weekend, claiming a three-set victory over Southern Miss on Friday and falling to Tulane in four sets on Saturday. Arkansas was swept by Georgia Tech last third, but rebounded with a five-set win over NC State.

Series History
– vs. Arkansas: The Razorbacks own a 28-21 all-time record against the Tigers. The Tigers have won the last three meetings, including a four-set victory last season. In 2017, the Tigers defeated Arkansas twice, winning in five sets at home and four sets on the road.

Team Notes
>> LSU volleyball opens up SEC action on Wednesday with Arkansas. The Tigers finished nonconference action with a 6-4 record and are coming off a four-set loss to Tulane.

>> Bannister has a total of 942 career kills and is 58 away from reaching 1,000 after tallying 125 kills thus far this season. Over the weekend, she tallied a match-high 12 kills against Southern Miss and nine kills against Tulane.

>> This season, Raigen Cianciulli has a total of 147 digs through the first 10 matches, recording 3.97 digs per set. She tallied 24 digs against Southern Miss in three sets and 22 digs against Tulane in four. She averaged 6.57 digs per set on the weekend.

>> Samarah Hill and Karli Rose continue to make an impact. Rose picked up her fourth double-double of the year against Southern Miss. She tallied 40 assists to go along with 14 digs.

>> Rose’s third double-double on the year came in the Lumberjack Classic, tallying 31 assists and 14 digs against NAU. She was one kill away from a triple-double against Iowa State, recording 32 assists, 24 digs and nine kills.

>> Head coach Fran Flory, the winningest coach in LSU volleyball history, enters her 22nd. She owns an all-time record of 484-380.