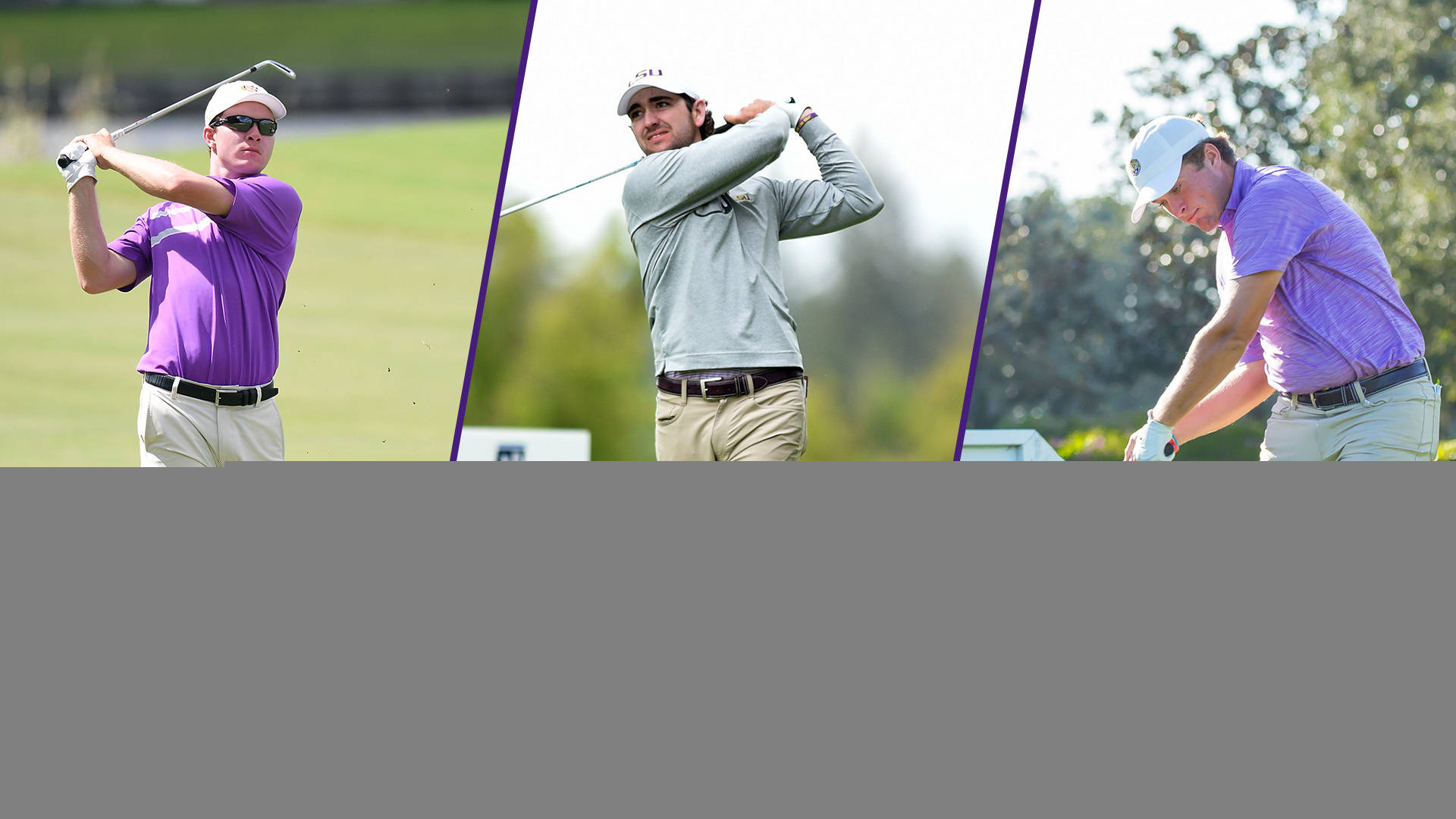 Toledo, Ohio – Through 36 holes, the LSU men’s golf team is in 5th place at the Inverness Intercollegiate at Inverness Club with a 20-over par 588 following rounds of four-over 288 and 16-over 296. The Tigers led the field after 18 holes but slipped four spots after the completion of the second round.

Playing in very windy conditions with gusts of up to 20 miles per hour, Tennessee leads the field with a 7-over 575 total. Notre Dame (11-over), Auburn (14-over) and Texas Tech (16-over) are in front of the Tigers. After two rounds of play, LSU has three guys positioned in the top 15 with Philip Barbaree (even par) tied for third, while Trey Winstead and Garrett Barber are tied for 11th at three-over par.

The Tigers rolled through the first 18 holes with a four-over 288 team score. LSU had the lowest score in the field at the conclusion of the first round.

Barbaree led the way for the Tigers with a three-under 68. He started his round on hole No. 4 and carded three birdies through his first 10 holes. Through the remaining holes, Barbaree carded two more birdies and two bogeys to go along with 11 pars overall. Barbaree now has four consecutive rounds of even par or better to start his senior year.

Winstead finished the first round at par. His scorecard featured 2 birdies, 2 bogeys and 14 pars. Barber finished the round with a two-over 73. He carded 2 birdies, 13 pars, 2 bogeys and a double bogey through 18 holes. As the final counted score for the team, Hayden White finished with a five-over 76. On the 519-yard par 5, hole No. 13, White carded his first eagle as a Tiger. He was also one of just five guys to register an eagle on day one. Michael Sanders finished the first round with a six-over 77.

Barber led the Tigers through the second round with a 1-over 72. His round featured a balance of four birdies and five bogeys to go with nine pars. Winstead carded a three-over 74 that consisted of five birdies, seven pars, five bogeys and a double. Barber and Winstead are both T11 after 36 holes. Barbaree turned in a three-over 74 for the second round. He recorded two birdies in the round to go with five bogeys and 11 pars. After two rounds, Barbaree sits T3, two strokes off the leader at two-under. Sanders’ 9-over 80 was the last score counted for the LSU team. White finished the second round at 10-over.

As a team, LSU recorded the lowest scoring average on par five holes with a 4.45 average. Overall, the Tigers were 11-under on par five holes through the day. LSU is also tied for the tournament lead with 24 birdies.

LSU will continue play in the third round of the Inverness Collegiate on Tuesday when the teams tee off from holes No. 1 and No. 10 at 7:30 a.m. CT.