Tigers Save Their Best for Last on Final Day in Destin 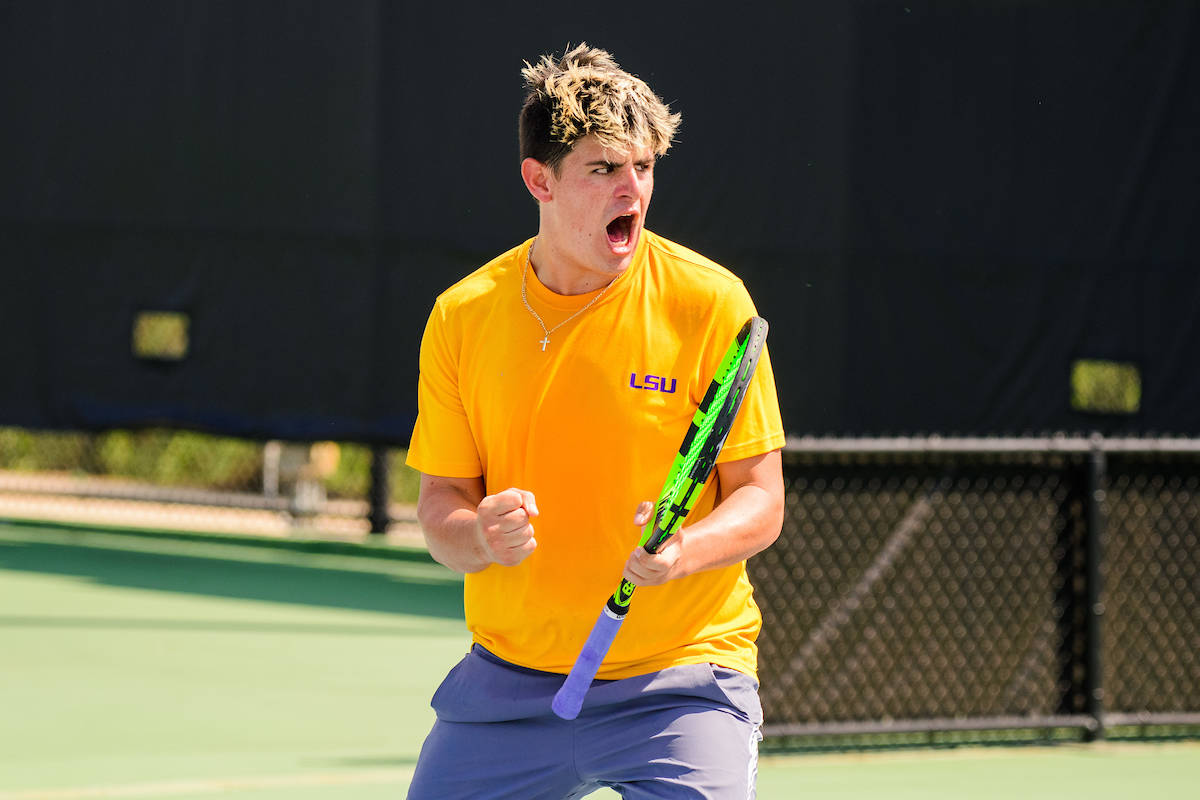 Baton Rouge—The LSU men’s tennis team saved their best for last on Sunday as they dominated on the final day of the TOPS’L Battle at the Beach in Destin, Florida.

The Tigers started off the day with doubles against Oklahoma. The duo of Joey Thomas and Daniel Moreno capped off an undefeated weekend, taking down Oklahoma 8-6.  Nick Watson and Ruy Teixeira were defeated 8-5.

The Tigers went on to have their best day in singles against Tulane, where the team finished 3-1.  Sophomore and Baton Rouge native Nick Watson continued his success in singles where he defeated Tulane 6-4, 6-2. Daniel Moreno followed up with a win, defeating Tulane 6-3, 6-3. Senior Ruy Teixeira earned his first singles win of the year, breezing through his match 6-2, 6-1. Joey Thomas was defeated by Tulane 6-1, 6-2.

“This was one of the most fun college tournaments I’ve ever been a part of. We improved each day, which was great. I’m very proud of all the guys, especially Nick Watson in singles, who had a great tournament. We have a lot to build on,” co-head coach Chris Brandi said.

Four Tigers will be in action next weekend. Senior Ruy Teixeira and freshman Tomas Descarrega will be heading to Lafayette, Louisiana, to compete in the John Breaux Cajun Classic. Sophomore Boris Kozlov, No. 91 in ITA rankings, and junior Malik Bhatnagar will be getting their first matches of the year in Athens, Georgia, for the Southern Intercollegiate Championship.