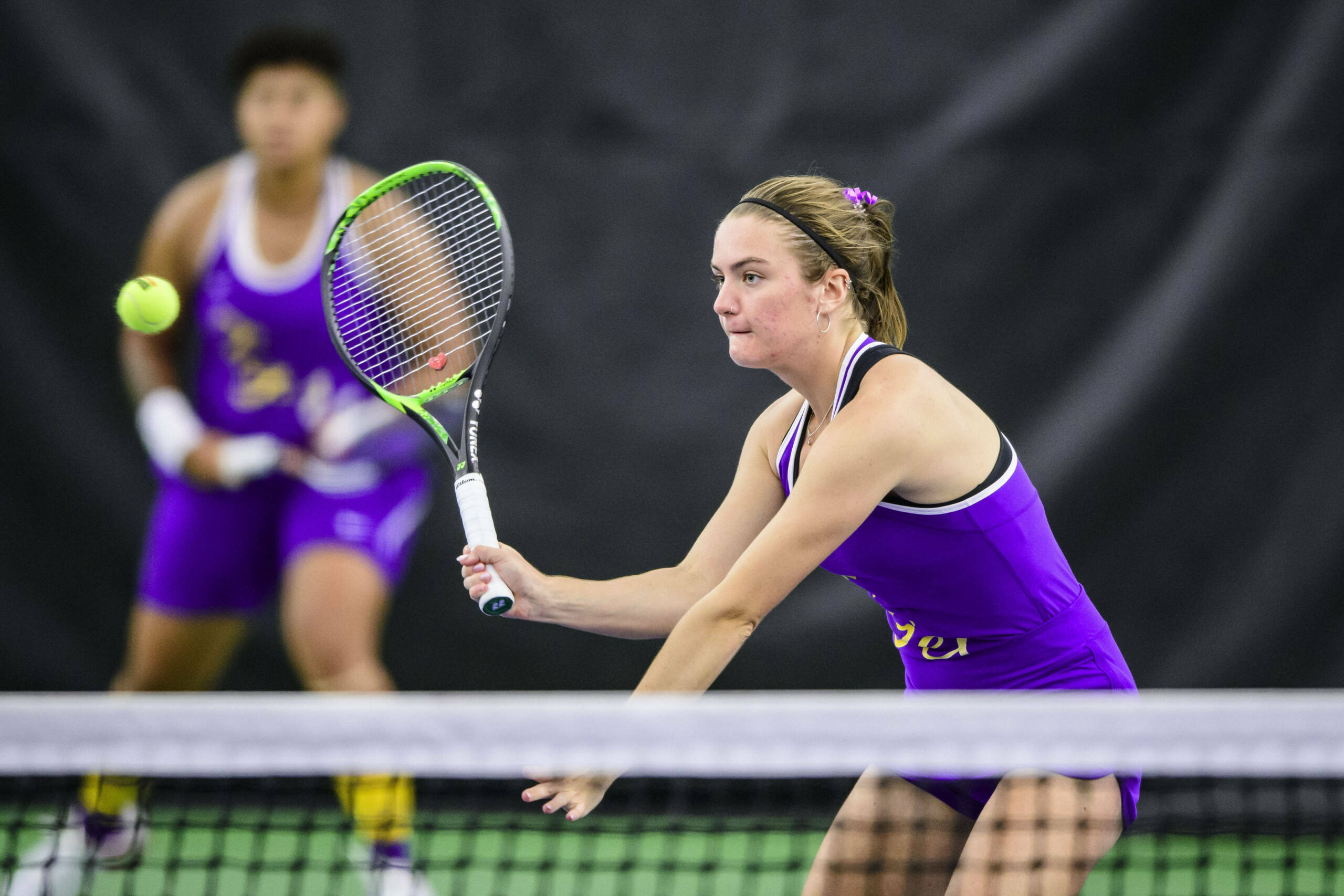 “The quality of our matches this weekend confirms we can play with anyone,” co-head coach Michael Sell said. “We are determined to keep building and improving, as we need to push each other even further if we want to reach our goals in the spring.”

Loughlan and Cubitt began the day facing Georgia State’s Angel Carney and Eva Chivu. The Tigers duo was ruthless throughout the match, blanking their opponents 6-0, to finish 2-0 in doubles play for the weekend.

Due to an equipment malfunction, Loughlan withdrew from competing in her singles match.

Junior Luba Vasilyuk concluded her weekend by facing Lucia Marzal of Miami. Marzal and Vasilyuk were even in the first set, requiring a tiebreaker that was eventually won by Marzal. The second set started with the two trading games and Vasilyuk taking a 3-2 lead. However, Marzal was able to eventually get ahead and win out on her way to a 6-3 set and match win.

Senior Paris Corley faced Danielle Wilson of USC in her quarterfinals match. Wilson capitalized on a good start, comfortably taking the first set by a score of 6-2. Corley fired back in the second set by winning 6-3, forcing the third set. Corley had a strong start to the third set, taking a 5-2 lead after seven games. Wilson was able to come back, and eventually force the tiebreaker. The tiebreaker had both players trading points back and forth, with neither able to get the two point advantage needed. Eventually, Wilson was able to win two consecutive points, and took the tiebreaker 15-13 to move on to the next round.

The third Tiger in the quarterfinals, freshman Safiya Carrington, took on Miami’s Selma Cadar. Cedar took advantage of Carrington’s slow start and won the firsts set by a score of 6-4. Carrington replied with a strong second set, winning 6-4 and forcing the third set. Cedar took the lead and didn’t look back on her way to winning the third set and advancing to the semifinals.

In doubles, No. 37-ranked Carrington and junior Eden Richardson faced Syracuse’s Miranda Ramirez and Guzal Yusupova in the quarterfinals of the doubles bracket. The Syracuse duo got off to a quick start, taking six of the first eight games. Down 6-2, Carrington and Richardson rallied and won the next four games to tie it at 6-6. The comeback attempt fell short, as Ramirez and Yusupova took the next two games to win 8-6, eliminating the Tigers.

The Tigers are back in action in two weeks at two different tournaments, the H-E-B Invitational in Waco, Texas, and the ITA All-American Championships in Tulsa, Oklahoma on Friday, October 4.