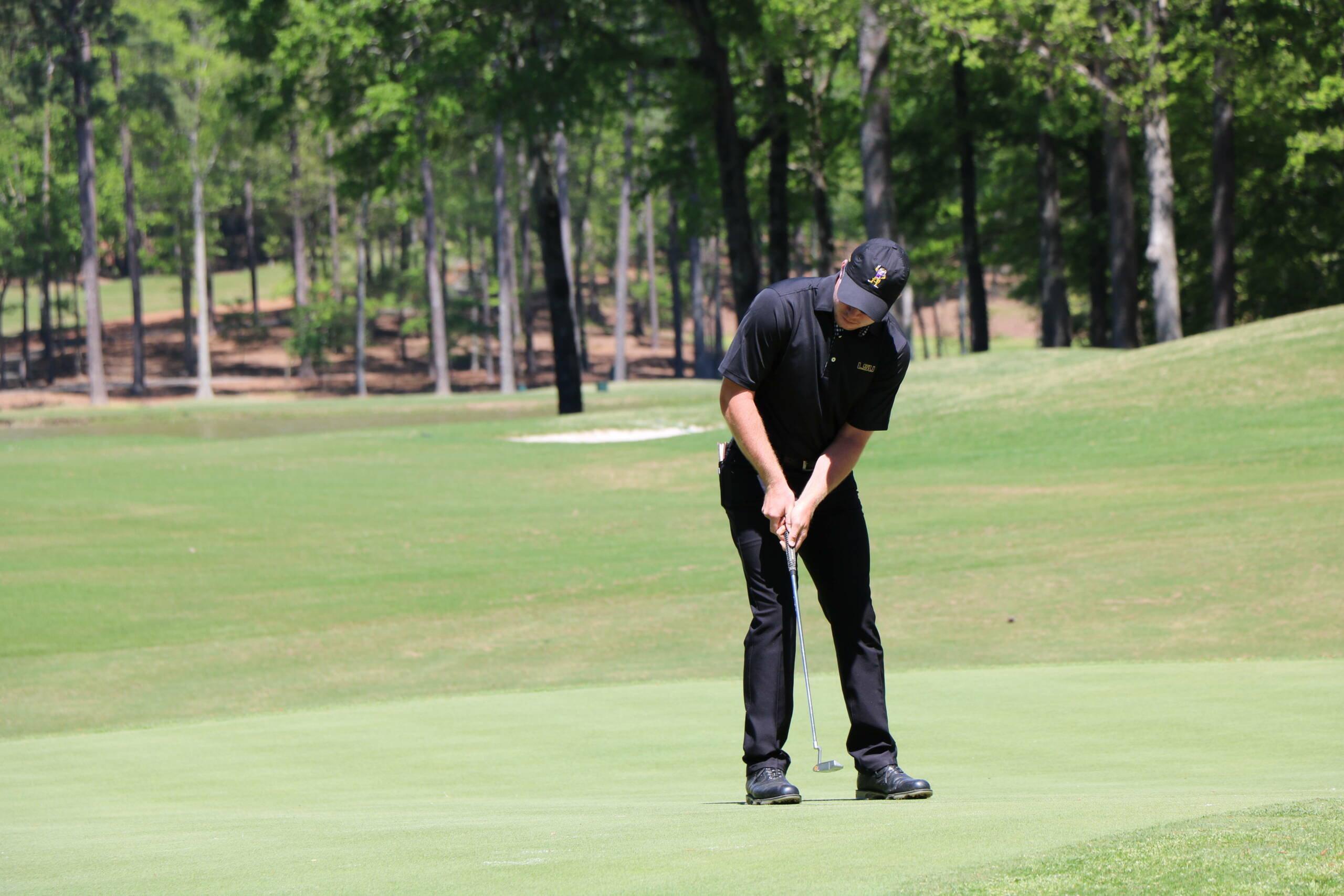 Toledo, Ohio – The LSU men’s golf team will continue the fall portion of the schedule Monday at the Inverness Collegiate at Inverness Country Club in Toledo. The Tigers will play 36 holes on Monday and 18 on Tuesday to complete the two-day tournament. Inverness Country Club plays as a 7,172-yard par 71 course. This is LSU’s first time to play a tournament in the state of Ohio since the Jack Nicklaus Invitational in 2011.

LSU will go with a lineup of Philip Barbaree, Trey Winstead, Michael Sanders, Garrett Barber and Hayden White. The Tigers will tee off round one with a shotgun start at 7:45 a.m. CT Monday morning. Barbaree, Winstead, Sanders and Barber competed in the Maui Jim Intercollegiate last week while White competed in the Mea Lanakila individual tournament. This tournament will mark White’s first career start with the top five.

At the Maui Jim, Barbaree led the Tigers as he shot a three-round 9-under par 201 to finish tied for third. The 9-under 201 is the best score to par of his career at a collegiate tournament. His previous best was an 8-under 205 during the 2017-18 season at the Ka’anapali Classis. Throughout the weekend, Barbaree accumulated 12 birdies, an eagle and 37 pars. Winstead completed the tournament with a 5-over 215 to tie for 57th. Barber carded 12 birdies for the weekend, and Sanders recorded five birdies and an eagle. White tied for 29th in the individual tournament with a 19-over 235.

The Inverness will feature two teams – No. 5 Notre Dame and No. 12 Texas Tech – ranked in the top 15. The past three champions of the tournament are also featured in the field. Tennessee won the event in 2018 while St. Mary’s won in 2017 and Auburn in 2016. In all, 15 schools will be represented in the field. LSU will be joined by Auburn, Kennesaw State, Kent State, Michigan, Michigan State, Missouri, UNC Wilmington, Northern Illinois, Notre Dame, Ohio State, St. Mary’s, Tennessee, Texas Tech and Toledo.