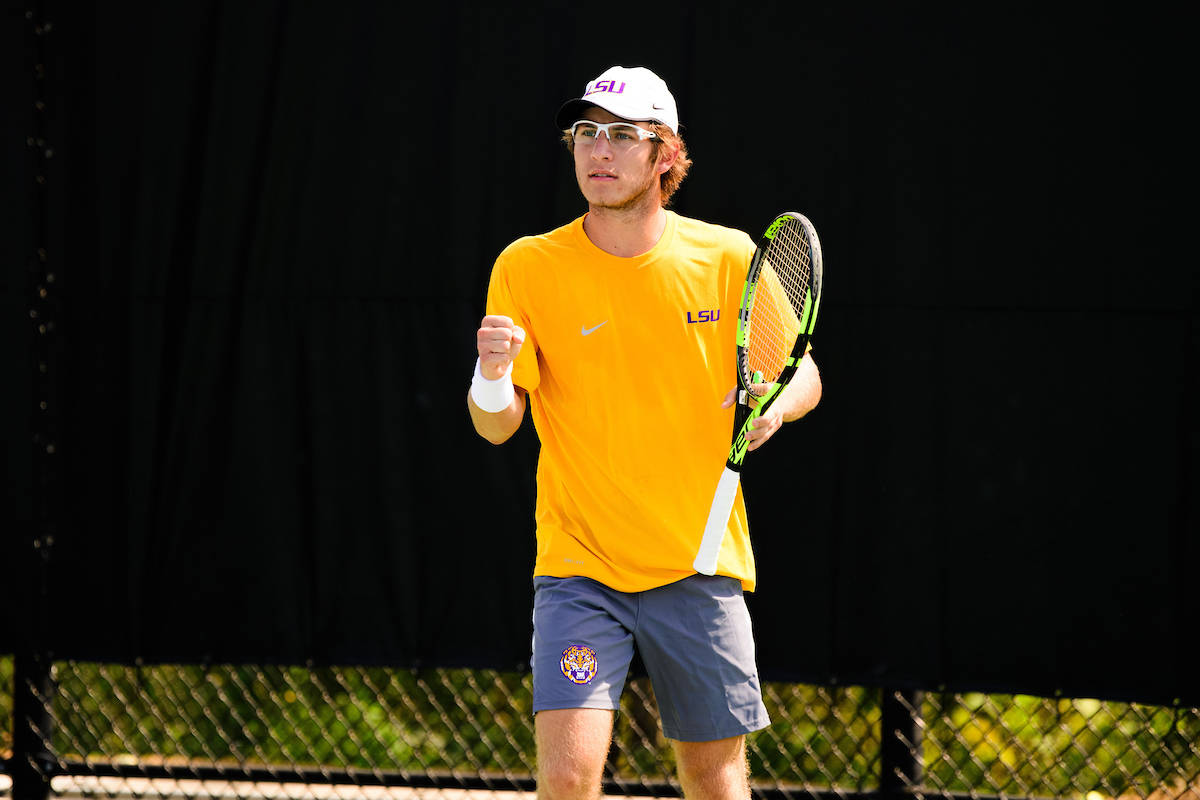 Baton Rouge — The LSU men’s tennis team completed day two of the TOPS’L Battle at the Beach in Destin on Saturday. LSU started the day with doubles matches against Tulane going 2-0, then finishing with singles against Florida State going 1-2.

Daniel Moreno had the first singles match of the day against Florida State, where he was defeated 6-3, 6-4. Ruy Teixeira followed up with what co-head coach Chris Brandi described as “…his best match yet as a Tiger,” but was defeated in a back and forth, three-set match 7-6, 4-6, 6-3. Nick Watson ended the day with a win for LSU, defeating Florida State 6-3, 6-2. Joey Thomas was not able to play in his singles match.

“It was a much stronger day overall,” said Brandi. “Doubles, we took care of business and that needs to be a strength of ours this season. In singles, FSU had some tough players here, but we were in every match. Nick Watson had a huge win and Ruy is coming back strong from his injury last year.”

The Tigers will return to action Sunday morning at 9 a.m. with doubles against Oklahoma. That will be followed by singles against Tulane.