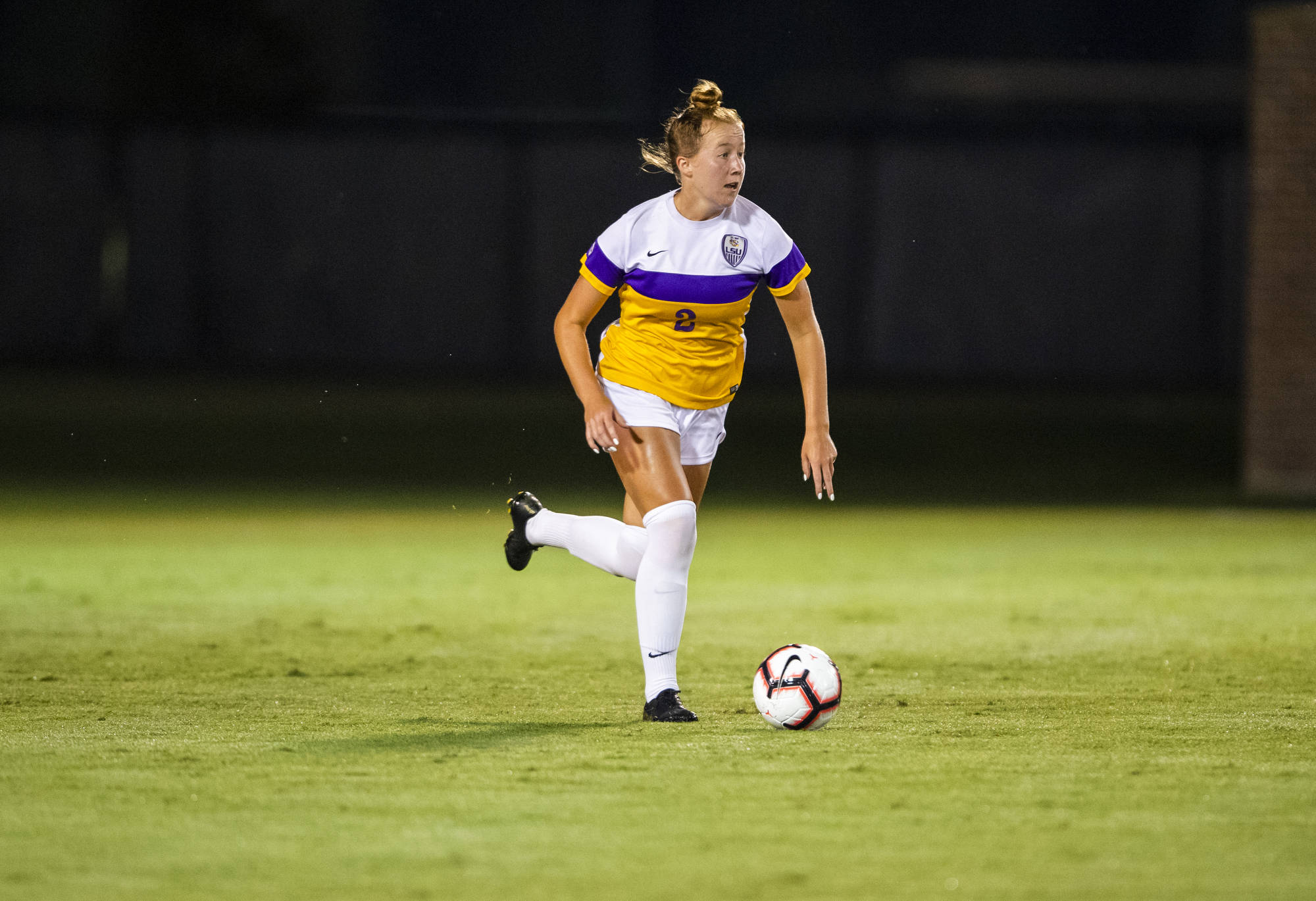 Baton Rouge, La. – The LSU soccer team will close out nonconference play on Sunday with a 1 p.m. tilt against James Madison at LSU Soccer Stadium.

This will be the first meeting between LSU and James Madison.

James Madison enters the match with a record of 2-7-0. They are coming off a double overtime defeat to Liberty by a score of 3-2 on Thursday night. Three of their seven losses have been to teams in the top 25 as they fell to No. 7 Georgetown on Aug. 22, No. 23 Washington State on Sept. 1 and No. 8 Penn State on Sept. 8. The Dukes have three players on the team tied for the team lead with nine points. Haley Crawford and Claire Meiser share the team lead in assists with five and Ebony Wiseman is their leading goal scorer with four. In goal, Hannah McShea has started all nine matches and is allowing 2.76 goals per match.

After Thursday night’s match against Florida, opponents that the Tigers have played own a record of 43-16-6 in 2019. That record results in a winning clip of .708 and in return ranks LSU’s current schedule played to date as the seventh toughest in the nation.

Although the Tigers were held scoreless in Thursday night’s SEC opener against Florida, LSU produced a number of quality scoring chances. The first came in the third minute as a Molly Thompson shot sailed just a bit high over the net. Marlena Cutura had a shot from distance in the 13th minute and it narrowly went wide left of the net. The second half saw LSU get three shots on goal with two coming from Cutura and one in the 85th minute from Jade Clarke.