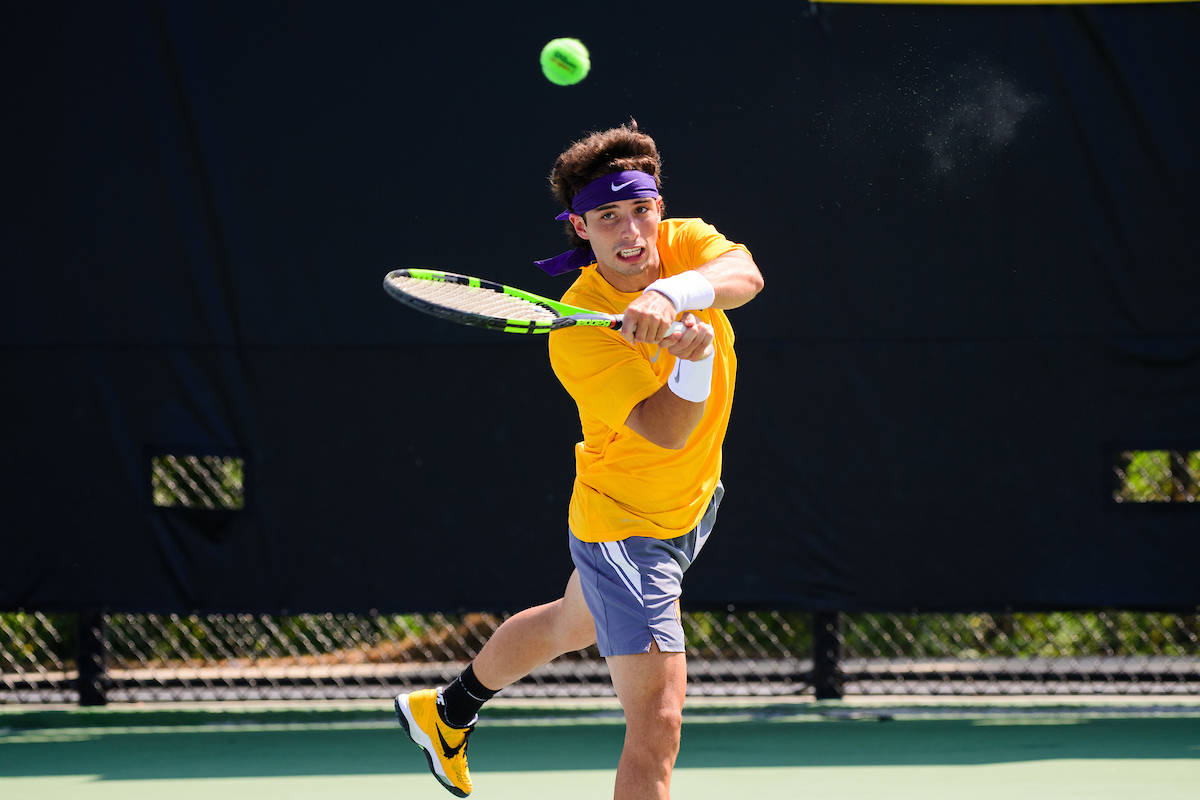 Four tigers – Daniel Moreno, Ruy Teixeira, Joey Thomas, and Nick Watson – traveled down to Florida for the TOPS’L Battle at the Beach.

The tournament will run through Sunday and is structured as a round-robin hidden dual. Each team will have four singles and two double lines. LSU is joining select players from Florida State, Tulane, and Oklahoma.

LSU started off the day with doubles against Florida State, where Joey Thomas and Daniel Moreno were victorious against Florida State’s Juan Jalif and Loris Pourroy with the score of 8-4. Nick Watson and Ruy Teixeira were defeated 8-7 in a close match by Rana Bhullar and Enzo Le Seguillon.

“We had a slow start in doubles, then played well to finish. Ruy and Nick had a match point, but did a nice job coming back from two breaks against a tough team,” said co-head coach Chris Brandi.

The Tigers then took on Oklahoma in singles. The Sooners swept the day, starting off with LSU’s Joey Thomas being defeated in a hard-fought, three-set-match against Oklahoma’s Jochen Bertsch, 6-0, 3-6, 7-5. Daniel Moreno was defeated by Mark Mandlik 6-4, 6-4. Nick Watson went to a tiebreak in the first set against Max Stewart, but fell 7-6(4), 6-4. Ruy Teixeira had the last match of the day against Matt Rodriguez and was defeated 6-2, 6-3.

“In singles, Joey played a great match against a clay courter. The other three felt like they could have played better, but Oklahoma has some lineup guys here and they always compete well. It’s a nice way to start the year and good things are coming for the Tigers,” Brandi said.

The Tigers will look to bounce back tomorrow with doubles against Tulane and singles against Florida State starting at 9 a.m.