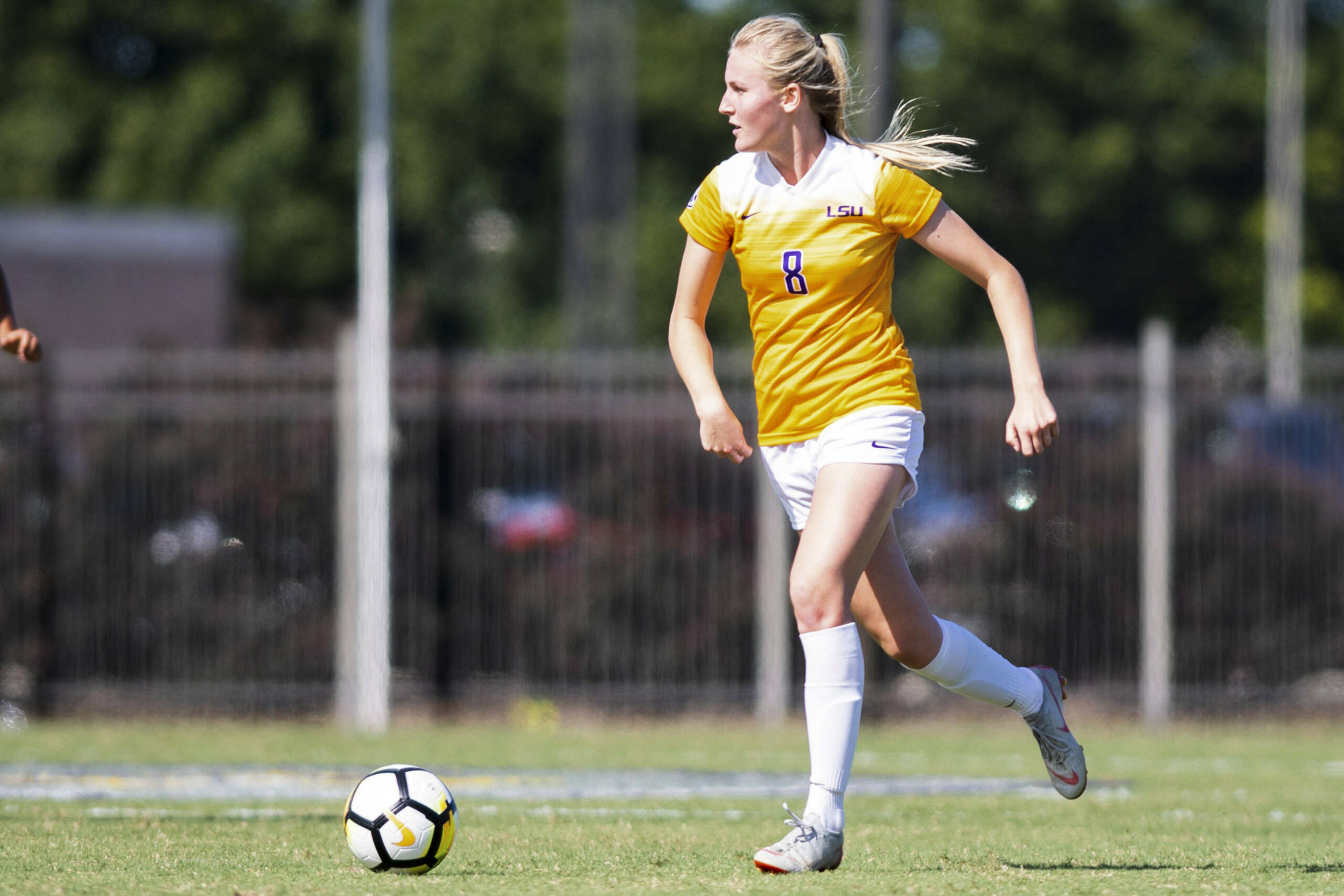 When you attend college and play soccer over 4,500 miles away from home, it’s not too often that you get to see your family. But that’s not the case this week as Shannon Cooke‘s mother (Mandy), father (Jim) and brother (Aaron) made the trip across the pond to see their favorite Tiger live in action. The family, which hails from Rickmansworth, England, has taken in games against Arizona State and Florida, and will close out their trip to the states on Sunday with the backend of LSU’s three-game homestand with a match against James Madison.

Travelling to America and earning a scholarship at a university to play soccer had always been a dream of Cooke’s since she began playing organized soccer at the age of nine. Tons of hours, lots of hard work and an immense amount of support her family helped her get to this point.

“When I started playing soccer, I told myself I wanted three things – I want to play for England, I want to get a scholarship in America, and I want a mansion, so I’ve got one more thing to check off the list,” she mentioned jokingly.

Consider the first two on that extravagant list of three accomplished with over 20 career caps with the England u18 and u20 squads and a scholarship to play for the LSU Tigers in Baton Rouge, Louisiana. The third one might have to come a bit later in life for the zealous sophomore. Back to soccer – it’s the most popular sport in the world and Cooke has an ample amount of talent in it.

“The sport of soccer gives me something to look forward to each and every day,” Cooke mentioned. “I always enjoy playing or practicing at the field, seeing all the girls, meeting new people, and getting new opportunities to come out here and do stuff like this. So many people would love to be in the position I’m in now. Playing soccer, getting an education, and having the time of my life.”

Athletes all across the globe have a number of inspirations, and for Cooke, it’s quite simple. The goal is to make her family proud and just as equally, her family wants to see her do well and encourages her from many miles away.

“Not just my parents, but also my brother, aunt, uncle, grandparents and my cousins as well, those are the people I want to inspire,” Cooke noted. “I actually have a little cousin and I hope she aspires to be like me when she is older. We’re like two peas in a pod. She’s only six, but we are so, so alike. I aspire to be a good role model for her, so my family definitely pushes me to be the best version of myself.”

LSU soccer fans will never forget her ‘Top Bins’ rocket from 40 yards out that led to LSU’s first ever SEC Tournament title during the 2018 season. Plain and simple, the Tigers were trailing by one with less than 20 minutes to go in the championship match against Arkansas and the gap for opportunity was closing, and that’s when Cooke’s long-range shot off her right foot equalized the match in the 72nd minute. And here’s a tidbit that most don’t know, it might not have happened without the encouragement of her mother, Mandy.

“My mom told me to ‘go out there and be confident,’ Cooke remembered. “If she didn’t tell me that, I would have never taken that shot. I’m so thankful she gave me that advice and I trusted in her.”

Coming to America at the age of 18 by yourself is a huge step to take for a high school athlete and to make the impact she did on LSU – played in 19 matches and earned 11 starts – is unrivaled. The transition and pressure of joining a new squad though was not as difficult as you would think for Cooke as she is one of three players on the 2019 squad that hails from England – all three of which played together or knew each other of some sorts via playing for Arsenal.

“America is massively different, but in a good way,” Cooke said. “There is nothing in England like this. I realize how lucky I am because nobody in my school or hometown has gotten to do anything like this. It’s been a really fun and easy transition because everyone is so welcoming, friendly and wants to help you on a daily basis.”

As Cooke gets to play in front of her family for the first time in a while over the past couple of days, it reminds her of one thing – home.

“When I was back in England, they never missed a game,” Cooke noted. “I’m so lucky to have their support. I’m so happy that they are here to watch me and my teammates play the game I love so much.”

Who knows, Cooke could surprise the family with a goal for their trek to the states.