Preview: Tigers Open SEC Play on the Road at Vanderbilt 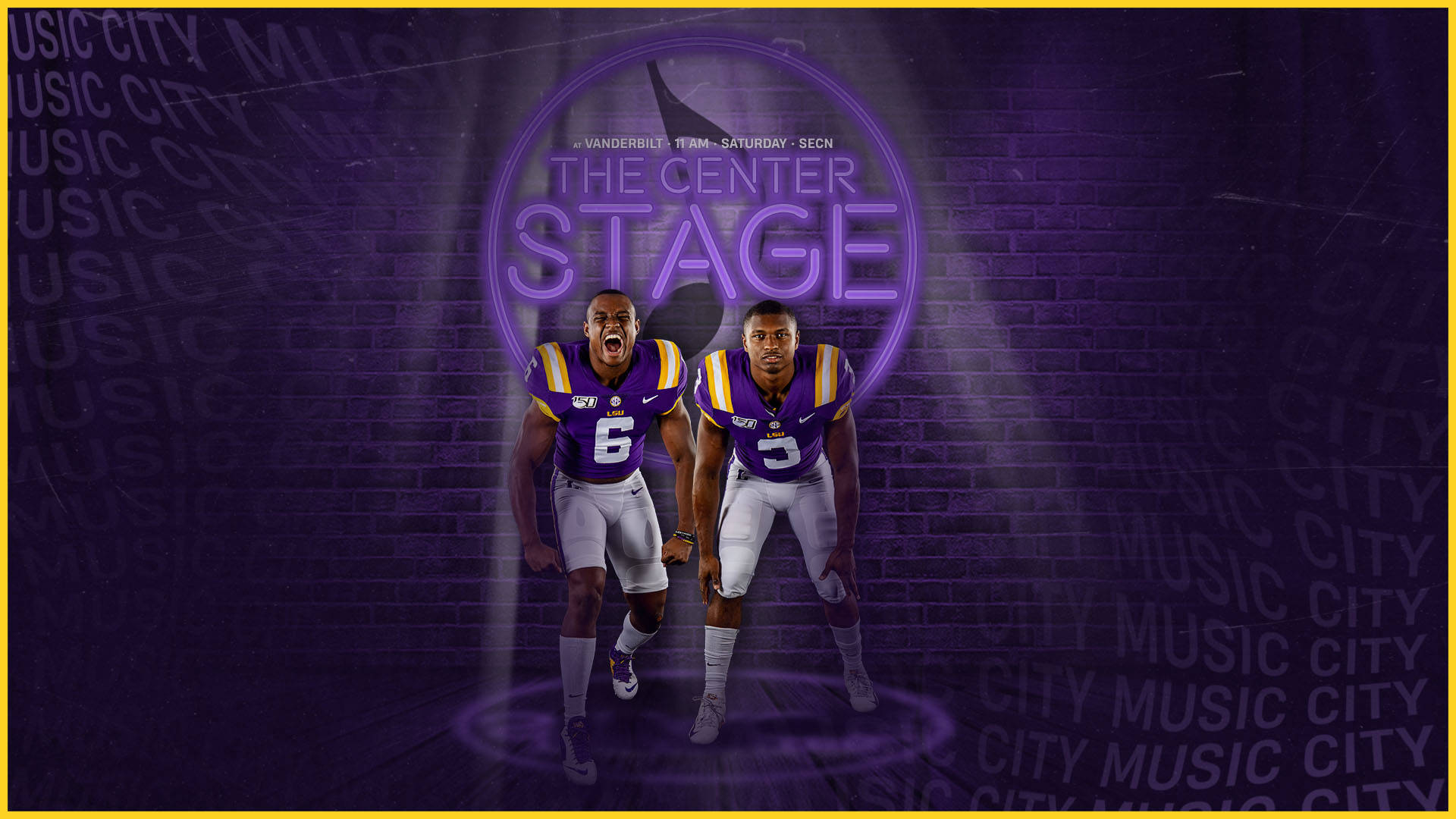 For the third straight season, LSU hits the road for the start of SEC play, as the No. 4 Tigers take to Nashville for a cross-divisional matchup with Vanderbilt (11 a.m., SEC Network, LSU Sports Radio Network, www.LSUSports.net/live).

It’s the first meeting between the programs since the Tigers left Nashville with a 27-3 win in 2010, and LSU owns a seven-game winning streak against the Commodores.

The early kickoff on the road will pose a unique challenge, but it’s one head coach Ed Orgeron has faced before – the Tigers knocked off Louisville 29-9 in a 2016 Citrus Bowl matchup that kicked off at 10 a.m. CST.

“We’re going to work hard on it, I promise you that,” Orgeron said earlier this week. :We’re going to bed early at 9:00. We’re going to get up, have a call out meeting at 7:00, wake them up. We’re going through the same itinerary that we did against Louisville. We’ve got our work cut out for us to get the guys going, get them going early in the morning, but we’ll get it done.”

Quarterback Joe Burrow, who became the first player in school history with back-to-back games of 400+ yards of total offense, has established himself early in the season as a Heisman candidate, leading the nation in completion percentage (83.3) and ranking second in passer efficiency (223.9) and touchdowns (11).

“Very pleased with the way Steve Ensminger and Joe Brady is calling our offense,” Orgeron said .”Obviously (we’re) lights out right now on offense throwing the football. We’ve got to get better running the football.”

Defensively, LSU is coming off a second-half shutout of Northwestern State, and the Tigers boast a much-improved run defense that ranks 15th nationally in yards per carry (2.43). LSU will be without front-seven stalwarts Rashard Lawrence and Glen Logan, and edge rusher K’Lavon Chaisson is doubtful to play Saturday, so Orgeron will count on his depth to step up in the front seven. That includes moving Michael Divinity from inside linebacker back to the edge, where he was among the SEC leader in pressures last season.

First, you pack the house.
Then, you bring it down.

“You’re going to see him rushing. No question,” Orgeron said. “Last year Michael was our best rusher, so we’re going to put him in position to rush this week.”

In the secondary, LSU will also be without safety Todd Harris, who will miss the rest of the season after suffering a knee injury against Northwestern State. Orgeron said he will count on Nashville native JaCoby Stevens and All-American Grant Delpit to hold down the position, with Kary Vincent and Kenan Jones likely to see time there, as well.

“You’re gonna see Kary Vincent back there, who has played free safety before,” Orgeron said. “You’ll see Kenan Jones who is the backup free safety, so those guys are gonna play. But obviously we’ve always got Grant, and we’ve got JaCoby Stevens. Those two guys are starters, so we can mix and match those guys back there, so we’re gonna be fine.”

Special teams continues to excel for LSU. Kicker Cade York is a perfect 6-of-6 on field goals this season, while Zach Von Rosenberg ranks fourth nationally in net punting (47.5 yards), with five of his six punts pinning foes inside their 20.

It’s been a good start to the 2019 season for LSU, but starting with Vanderbilt on Saturday, Orgeron wants better.

“A good football team improves every week, and we’ve got to take the next step this week to get to where we want to go,” he said. “Obviously, we know coming down the road, there will be some very strong opponents coming down the road, and we may run into one at Vanderbilt. We ran into one at Northwestern State the first half. We have to overcome it. But we cannot do the things we did against Northwestern State in the first half and get to where we want to go. We have to improve.”