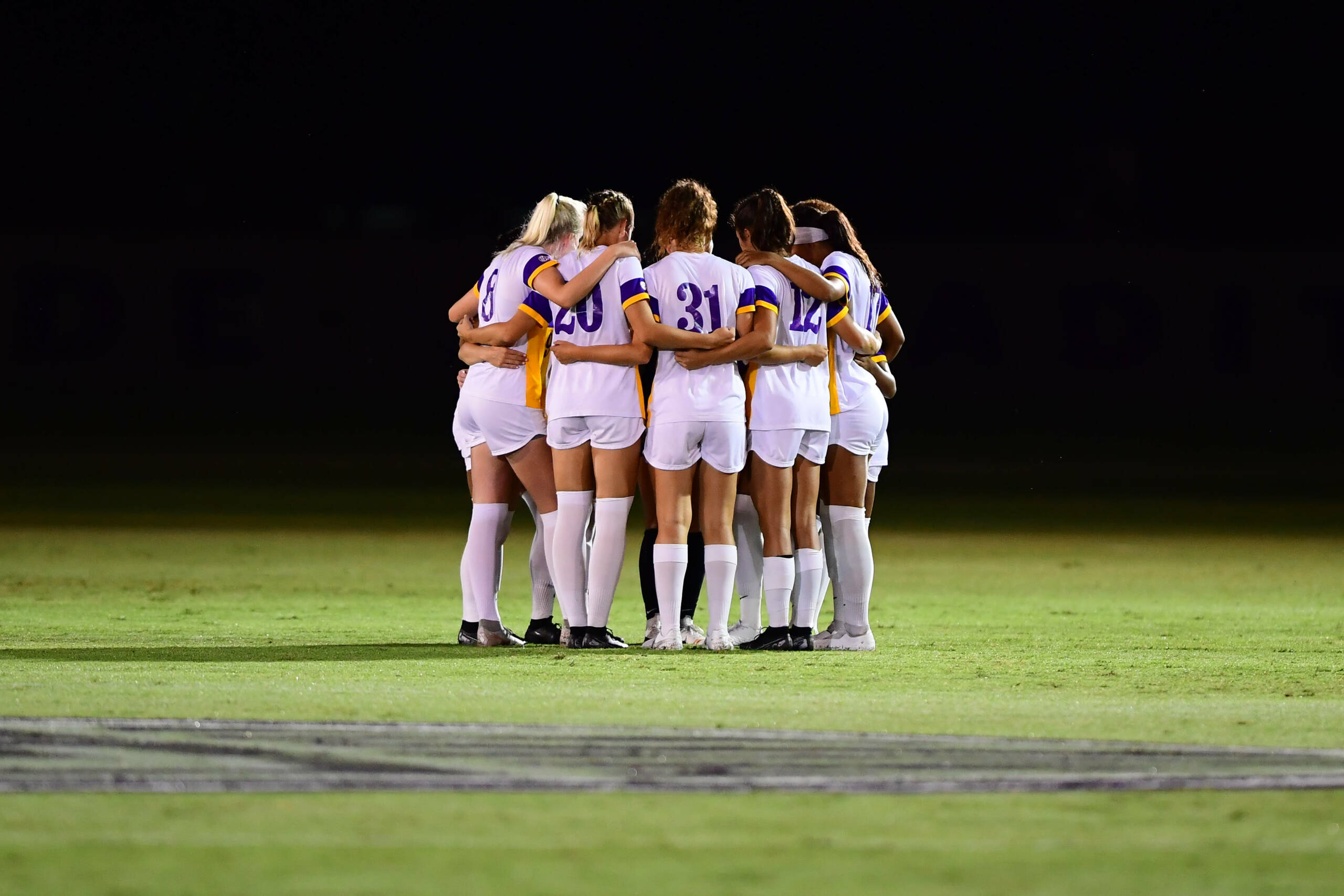 The Tigers almost took an early lead less than three minutes into the match. A charging Maddie Moreau took the ball down the left side of the pitch and sent a cross into the box. Meghan Johnson played a nice one-touch pass to Molly Thompson who sent a shot towards the goal. Thompson’s attempt sailed just high of the net. Less than 10 minutes later, LSU had another stellar opportunity. After a Florida goal kick, Shannon Cooke won a header and once again Johnson played a heady, quick touch – this time to Marlena Cutura. About 24 yards out, Cutura let a right-footed rocket rip and it went just wide left of the net.

Florida took the lead in the 22nd minute of play when Vanessa Kara headed home the first goal of the game with the assist going to Tess Sapone. In the 31st minute, Maya Gordon made a solid run down the right side the pitch and her entry into the six was pulled down by Florida’s goalkeeper, Susi Espinoza.

The Gators took a 1-0 lead into half and doubled their lead shortly after the start of the second half. Kara picked up her second goal of the game. Kit Loferski played in a nice low-ground cross and Kara tapped it in in the 48th minute. The third and final goal of the game came via Loferski as her left-footed attempt on goal was redirected into LSU’s net in the 62nd minute.

The Tigers put three shots on goal and had a handful of scoring opportunities. Moreau nearly snuck one into Florida’s net in the 54th minute. Tiana Caffey sent Moreau towards the endline and Moreau’s ground cross didn’t find the foot of any LSU attacker, but it nearly trickled in. Johnson was all over the place Thursday night and she found herself in the midst of another scoring opportunity for the Tigers in the 64th minute. After a failed clearance by a Florida defender, Johnson setup Cutura from 10 yards out in the left side of the box. Cutura’s shot on goal was secured by Espinoza.

In the 72nd minute, Courtney Henderson played a nice toe flick over Florida’s backline and a charging Molly Thompson was unable to get a foot on it inside the six. LSU’s final scoring chance of the evening came in the 85th minute as Jade Clarke hit a one-hop shot on goal that left Espinoza a little uncertain and she had to fist the ball away.

LSU’s goalkeeper, Emma Grace Goldman, was called upon to make 10 saves on the night. The 10 saves matched a career high as she has also made 10 saves against Villanova (Aug. 22) and Samford (Sept. 1).

The Tigers will close out nonconference play with a Sunday tilt against James Madison on Sunday at 1 p.m. at LSU Soccer Stadium.