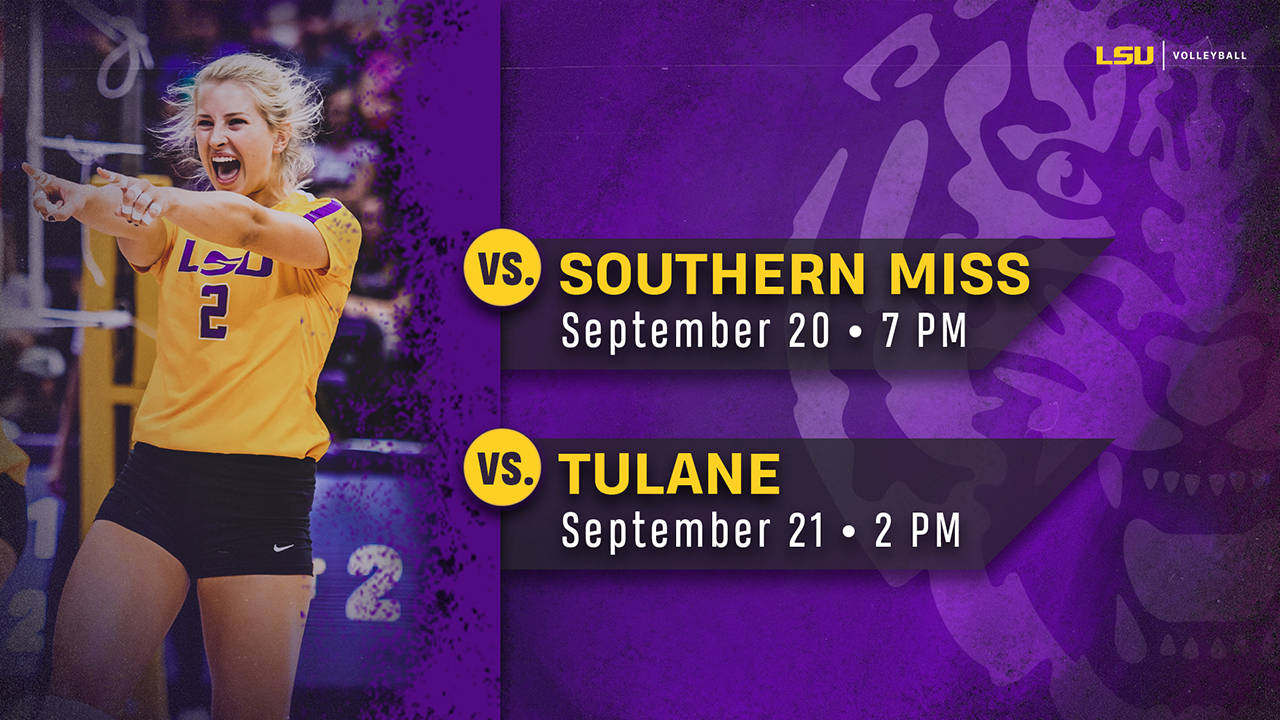 – vs. Tulane: The Tigers own a 42-18 record against Tulane. They have claimed two out of the last three meetings, with the most recent one coming in December of 2009, where the Tigers claimed a three-set victory.

Team Notes
>> LSU volleyball goes into their final nonconference matches with a 5-3 record, opening their home matches with Southern Miss Friday at 7 p.m. and Tulane on Saturday at 2 p.m.

>> Head coach Fran Flory, the winningest coach in LSU volleyball history, enters her 22nd. She owns an all-time record of 483-379.

>> Raigen Cianciulli, the fastest player in program history to reach 1,000 digs last season, has a total of 101 digs through the first eight matches, recording 3.37 digs per set.

>> Samarah Hill and Karli Rose continue to make an impact. Hill picked up her second all-tournament honors at the Lumberjack Classic last weekend. She tallied 28 kills on the weekend with 24 digs.

>> Rose picked up her third double-double on the year, tallying 31 assists and 14 digs against NAU. She was one kill away from a triple-double against Iowa State, recording 32 assists, 24 digs and nine kills.