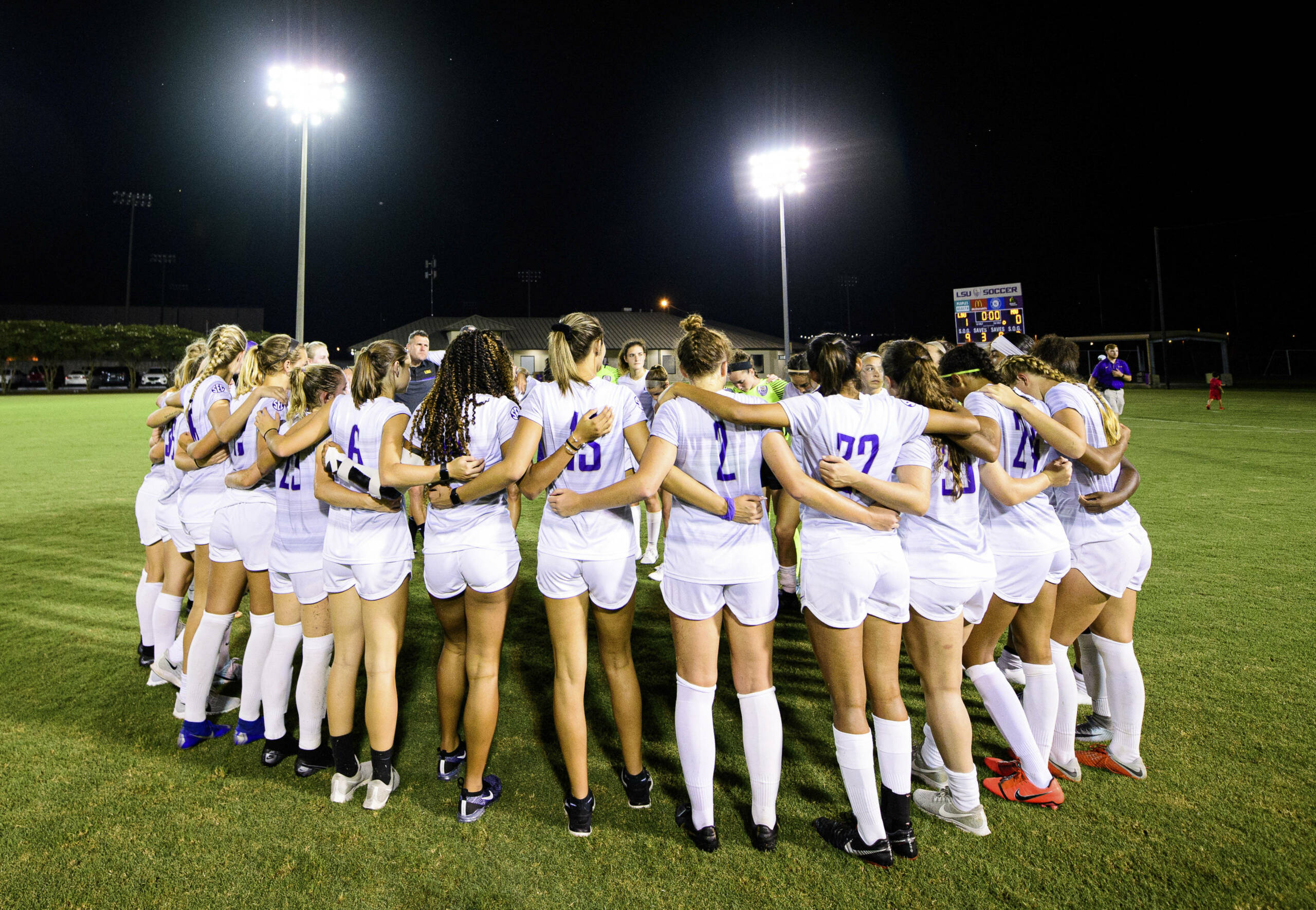 Baton Rouge, La. – The 2019 SEC slate for the LSU soccer team begins on Thursday night at LSU Soccer Stadium as the Tigers host the Florida Gators for a 7 p.m. matchup. The Tigers will enter the match with a record of 2-4-1 and Florida will bring a mark of 4-4-0 to Baton Rouge.

LSU and Florida have played 21 times with the Gators prevailing in 18 of those matches. LSU’s only win against Florida came 2011, a 1-0 victory over the Gators in Gainesville. The other two matches have resulted in draws.

The Gators enter Thursday night’s SEC opener with a record of 4-4-0, but three of those four losses have come to three teams that are currently ranked top six in the nation – No. 2 USC, No. 5 UCLA and No. 6 Florida State. Deanne Rose (3 goals), Vanessa Kara (3 goals) and Cassidy Lindley (2 goals) are the Gators’ most potent goal scorers through eight matches this season. Susi Espinoza has started all eight matches for Florida in net and owns a goals against average of 1.37 with 11 goals allowed. Florida head coach, Becky Burleigh, became the first woman in Division I soccer history to reach 500 wins with Florida’s victory over Miami on Sept. 15.

The Tigers have an all-time record of 87-125-30 in SEC regular season play. LSU went 5-4-1 during conference play in 2018. LSU won its first ever SEC Tournament title in 2018 with a win over Arkansas that was decided via penalty kicks in the SEC championship match. A goal by Shannon Cooke in the 72nd minute of the championship match from 40 yards out equalized the contest. The Tigers captured four SEC West regular season titles (2007, 2008, 2009, 2011) before the league was merged into one group as a whole; in 2008, 2009, and 2011, the Tigers were SEC runners-up overall. The 2009 and 2011 clubs registered what is still a program record of eight wins in conference play. Back then, the conference schedule was 11 matches, and in 2019 it is a 10-game conference slate.

Marlena Cutura, Tiana Caffey, Chiara Ritchie-Williams, Maddie Moreau, Rammie Noel, Shannon Cooke, Molly Thompson, Reese Moffatt, and Emma Grace Goldman have started all seven matches this season for the Tigers. Cutura leads the offensive stat sheet with a total of four points (1g & 2a). Meghan Johnson, Caffey, and Lindsey Eaton have all scored one goal apiece, and Courtney Henderson registered her first-career assist in the 2-2 draw against Samford on Sept. 1.

Excluding the 6-0 loss to No. 12 Duke, LSU’s defense has allowed only five goals in six matches played. That equates to a .95 goals against average. Chiara Ritchie-Williams, Reese Moffatt, Maddie Moreau and Rammie Noel have been workhorses on the backline. Maya Gordon, a freshman from Fort Lauderdale, Fla., made her collegiate debut on the backline on Sunday against Arizona State.

The first 200 fans in attendance on Thursday will receive a t-shirt; gates open at 6 p.m. In addition to the t-shirt giveaway, LSU students will be fed pizza on a first come, first serve basis, and it is also Student Point Night. A pair of pregame sideline passes to the October 5 home football game against Utah State will be given out to one student on Thursday night as well. In order to be eligible for this giveaway, students will need to have the Geaux Rewards app downloaded on their phone. Full instructions to get the Geaux Rewards app can be found at lsusports.net. All home regular season matches are free for all fans.