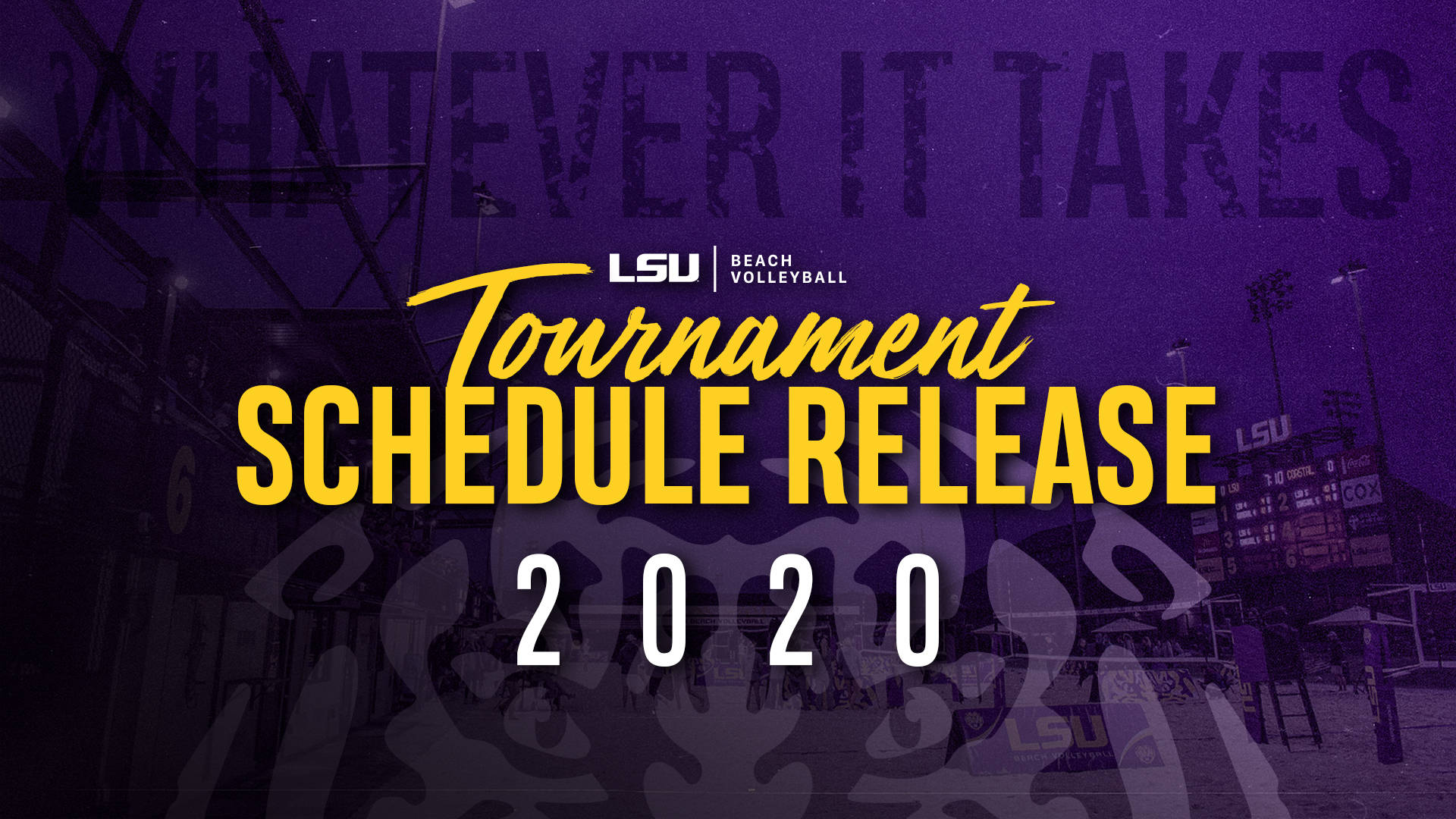 BATON ROUGE – The LSU Beach Volleyball team announced its tournament schedule for the 2020 season on Wednesday.

The Tigers will host three round robin tournaments at the LSU Beach Volleyball Stadium in 2020 and the road schedule is highlighted by trips to Hawaii and California.

LSU will travel over 4,000 miles to begin the season at the Duke Kahanamoku Beach Classic at Queen’s Beach in Honolulu, Hawaii, February 22-23. This will mark the first time that the Tigers will travel to Hawaii.

The following weekend, February 29-March 1, the Tigers will host their first tournament of the season in the Tiger Beach Challenge. LSU opened the premier beach volleyball facility in the country in 2019 and finished a perfect 13-0 in its home sand.

LSU’s other two home tournaments will be the LSU Beach Invitational, March 13-14, and the Battle on the Bayou, March 27-28.

After LSU’s home opening event, the Tigers will travel to the TCU Beach Volleyball Courts on March 7-8 in Fort Worth, Texas to compete in the Horned Frog Challenge.

On March 21-22, UAB will host the March to May in Gulf Shores, Alabama in preparation of the NCAA Championship, held in the same location at Gulf Place.

Postseason play will begin at the CCSA Championship, April 17-19. LSU finished as the runner-up at the championship the past two seasons.

After hosting the tournament in Emerson, Georgia for four years, the CCSA has decided to move the tournament to the John Hunt Sand Volleyball Complex in Huntsville, Alabama.

The Tigers will look to make an appearance at the NCAA Championship, May 1-3, for a fourth consecutive season. LSU is coming off a program best 31 victories and first top-3 finish in its six-year history and is returning 15 players from that team, including eight who finished with at least 15 victories.

Seniors Claire Coppola and Kristen Nuss will look to become the first individuals in program history to record 100 career victories. The duo has competed in every collegiate match together and currently sits at 91 career wins which is a program record.

In preparation of the spring season, the Tigers have four competition dates this fall, including one at both of their postseason destinations. The other two dates will be hosted by Tulane at White Sands Beach Volleyball in Elmwood, Louisiana on November 9 and a November 10 home event.