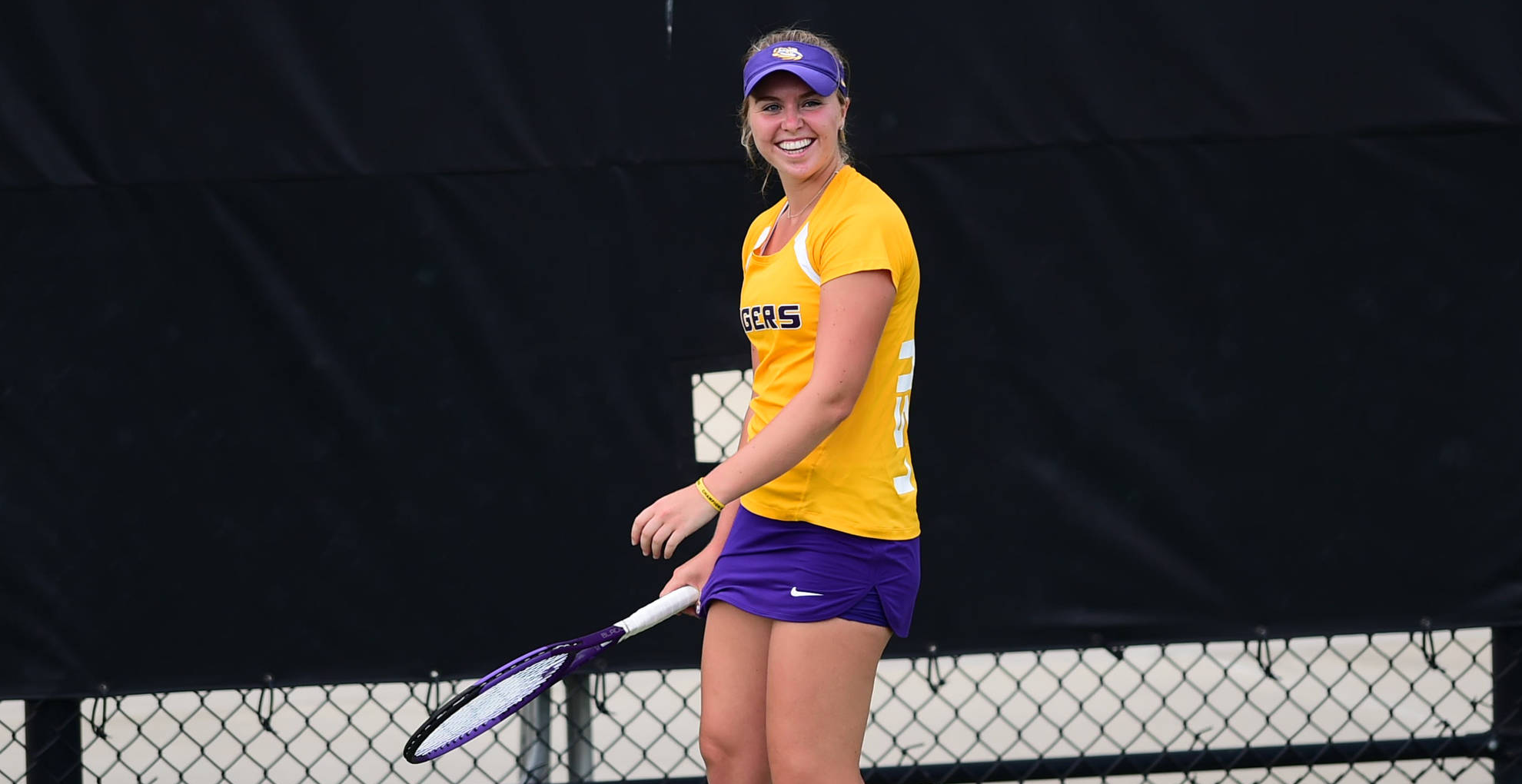 Richardson’s success last season saw her earn singles All-American honors for the first time in her career. Richardson’s 22 wins, including multiple over fellow All-Americans, saw her finish No. 16 in the final single rankings of the 2018-19 season.

Joining Richardson in the singles rankings at No. 114 is fellow junior Taylor Bridges. Bridges’ first season in the Purple and Gold saw her earn 21 wins, including a team-high 16 wins in dual matches.

In doubles, Richardson returns to the rankings at No.37 with a new partner, freshman Safiya Carrington. Carrington, the South Hadley, Massachusetts native earns her first ranking of her collegiate career and becomes the first LSU freshmen to be ranked in preseason under the Sells.

The Tigers will open their fall tournament schedule on Friday, September 20 at two tournaments, the Miami Fall Invite in Coral Gables, Florida, and the Milwaukee Tennis Classic in Elm Groove, Wisconsin.