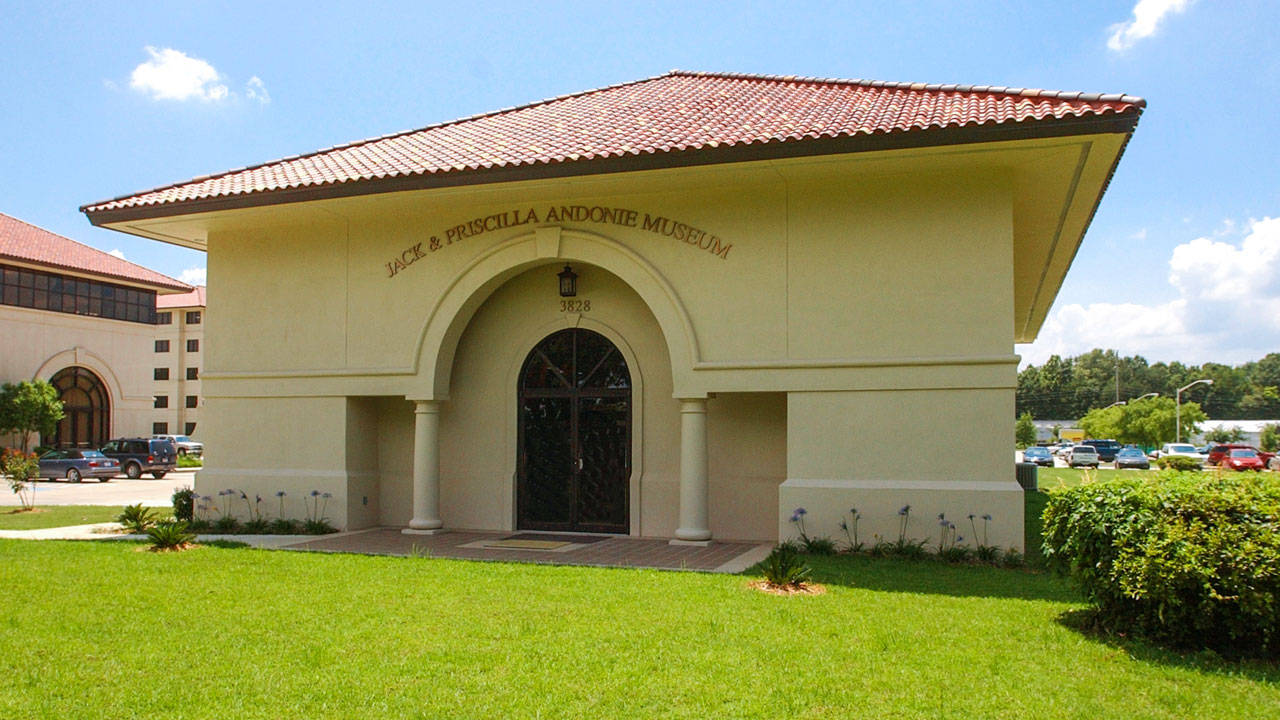 The Jack and Priscilla Andonie Museum is home to LSU’s Athletics history. The museum, located at the Lod Cook Alumni Center on LSU’s campus, is full of artifacts and memorabilia from the Andonie’s personal collection gathered by the couple over the past three decades that total about 13,000 pieces.

The museum features 54 separate displays that include at least one area in the room for each of LSU’s sports. There are also displays featuring LSU’s five retired jerseys, the “Early Years” of LSU athletics, the Tiger Band and Golden Girls, cheerleaders and Mike the Tiger.

Each of LSU’s athletic programs are featured in their own area with a large photo gallery spanning the history of the sport. There are also 24 large wall-mounted television sets placed throughout the room that air footage of past and present LSU events and a history of the formation of the museum. Large banners are hung around the museum for each of LSU’s championships, including the combined 30 national titles won by the Tigers’ track and field programs.

Once fans enter the museum, they are greeted by a photo opportunity in front of a larger than life photo of the Tigers celebrating the national championship. Kids and adults can put on various past and present LSU football helmets for the photo and even don the head of Mike The Tiger mascot costume.

The center piece of the museum, that will change at least once a year, features “The Road to the National Championship.” A game-by-game recap of the 2003 LSU football team’s national championship season. Included in the display is a replica of the ADT National Championship trophy, the coach’s sideline headset, and an official game ball signed by the team.

Please call for information regarding special group rates. The Andonie Museum is a private, non-profit facility. Admission fees help support the daily operation of the Museum.