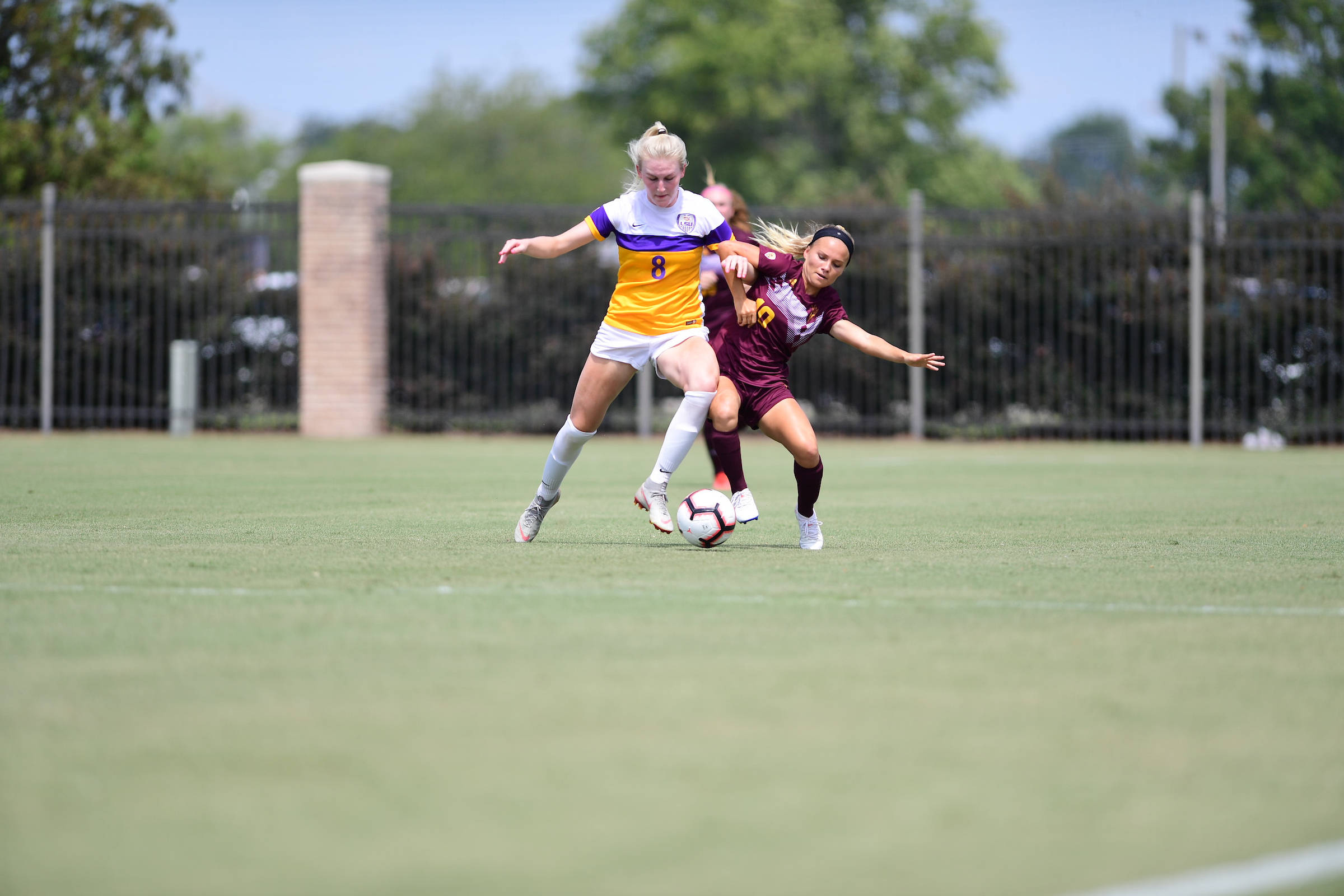 Baton Rouge, La. – The LSU soccer team dropped a match to Arizona State on Sunday afternoon at LSU Soccer Stadium by a final score of 1-0. The loss moves LSU to 2-4-1, and the Sun Devils now have a record of 6-2-0.

A goal by Arizona State’s Nicole Douglas shortly after the second half started proved to be the deciding factor. Douglas carried the ball into the box and ripped a left-footed strike that narrowly snuck inside the near post past a diving Emma Grace Goldman.

The Tigers had two chances in the final five minutes to equalize the match but came away empty-handed. Arizona State’s goalkeeper, Giulia Cascapera, played a goal kick that Marlena Cutura headed back towards the Arizona State net. Once the ball came off Cutura’s head it was a mad dash between Meghan Johnson and Cascapera for possession. Cascapera barely beat Johnson to the ball and punched it away from danger in the 87th minute.

It was Cutura who found Johnson in the 89th minute for LSU’s last chance of the match. Cutura played Johnson into the left side of the box with a nicely delivered pass and Johnson’s shot from 14 yards out was wide left.

Goldman made two saves in the match for LSU while Cascapera was untested.

The Tigers will kick off SEC play by hosting the Florida Gators on Thursday night at 7 p.m. CT.