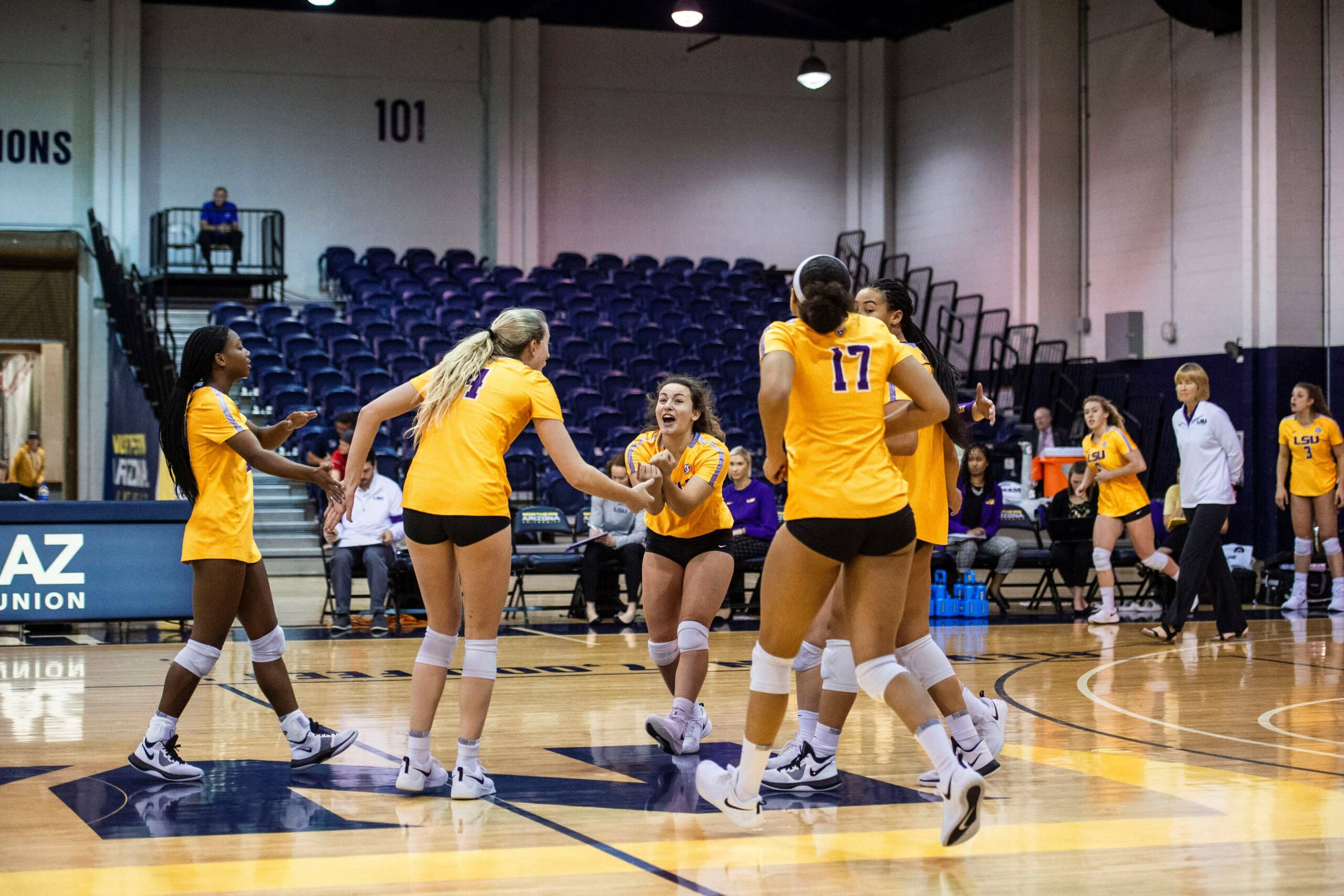 FLAGSTAFF, Ariz. – The LSU volleyball team claimed a straight-set victory over South Dakota State to close out the Lumberjack Classic Saturday. The Tigers defeated the Jackrabbits by scores of 25-23, 25-14, 25-13. The Tigers improve to 5-3 on the year, while the Jackrabbits drop to 3-6.

– The Tigers will finally play at home next weekend, taking on Southern Miss on Friday, September 20, at 7 p.m. and Tulane on Saturday, September 21, at 2 p.m. Both of those matches will stream live on SEC Network+.

Taylor Bannister and Samarah Hill picked up Lumberjack Classic All-Tournament honors, both their second honors of the season. Bannister tallied 41 kills on the weekend, averaging 4.10 kills per set. Hill tallied 28 on the weekend with 24 digs. Bannister is now 79 kills away from reaching 1,000 in her career.