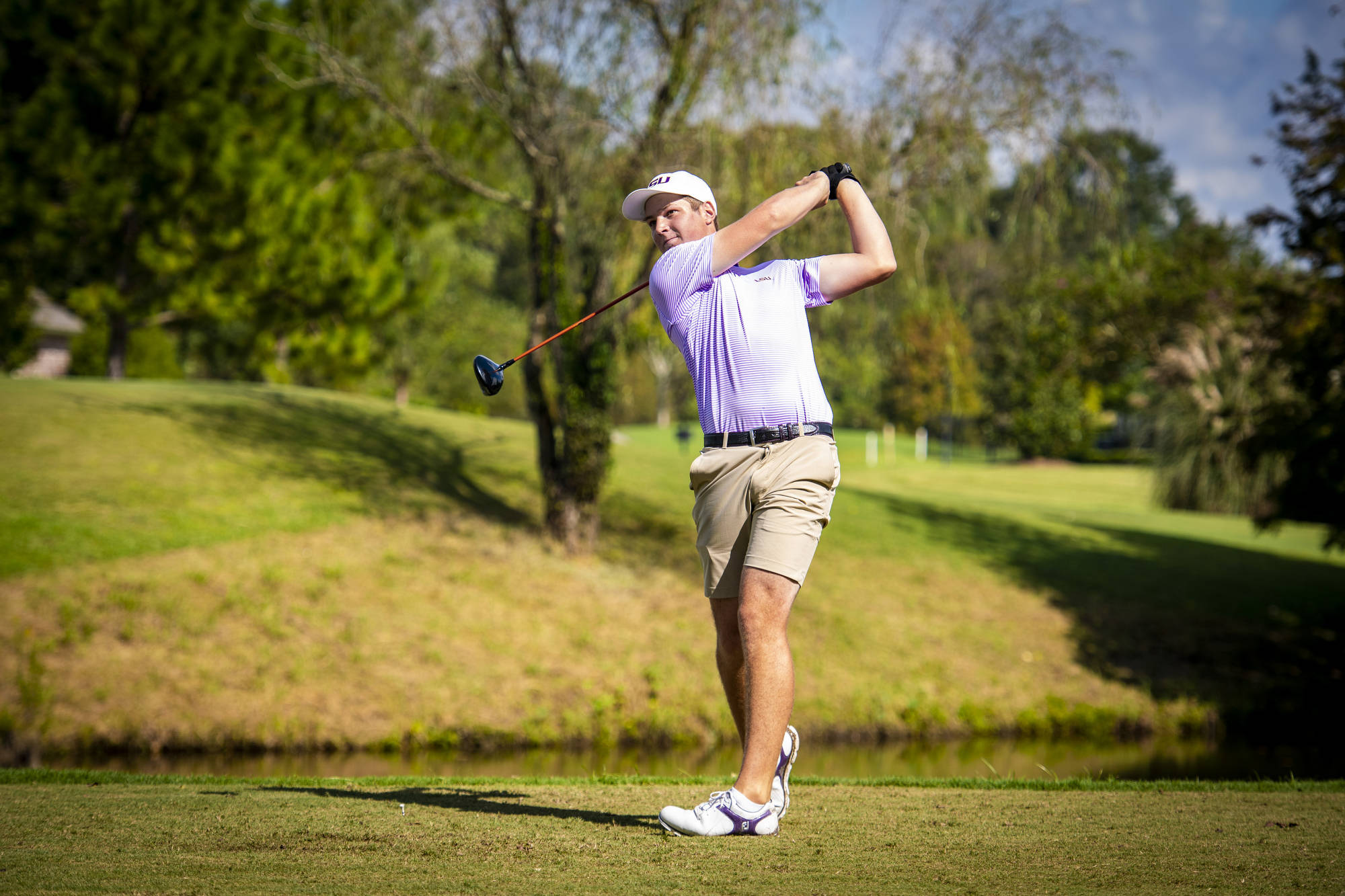 Scottsdale, Ariz.  – Chris Woollam led the way for the 15th-ranked LSU men’s golf team with a 3-under 67 in the opening round of the Maui Jim Intercollegiate at the Mirabel GC. As a team the Tigers finished day one in a three-way tie for 10th place at 1-under 279.

Woollam, who started on the back nine just like the rest of the Tigers, carded 15-straight pars to open his round. He then proceeded to birdie the final three holes of his round to close with a 3-under 67. The 15 pars were a career high, the second most in the field, and it marks his second bogey-free round of his LSU career in seven rounds. His 15 pars eclipsed his previous high of 14 that he registered at the 2018 David Toms Intercollegiate on his way to a 4-under 68. The 3-under 67 has Woollam tied for 15th.

Philip Barbaree had a solid first round as well with a 2-under 68 to sit in a tie for 20th. Barbaree’s scorecard featured one eagle, two birdies, 13 pars and two bogeys. Barbaree was one of 10 players in round one to register an eagle; his eagle came on the par 5, 561-yard 17th hole.

The final two counting scores of the day came from Trey Winstead and Garrett Barber, who both finished with 2-over 72s. Winstead’s 72 featured a stretch of three straight birdies on holes Nos. 3-5, but a bogey on the par 3 sixth hole – his 15th of the day – brought him back to 2-over. Barber had a solid round of 1-under par going through 10 holes, but a triple bogey on the par 4 second hole pushed his score to 2-over. During his final seven holes he registered one birdie, five pars and a bogey. Winstead and Barber are tied for 57th.

Michael Sanders shot a first round 5-over 75 (T71st). Hayden White, who is playing as an individual in the Mea Lanakila individual tournament at the Desert Forest GC, shot a 6-over 78 and is tied for 27th at that tournament. Arizona State is the team leader in the clubhouse with a 18-under 262. Josh Gilkison of Kent State owns the individual lead with a 7-under 63.

The Tigers will tee off at 9:30 a.m. CT Saturday morning for round two and they will play alongside Clemson and Florida State. Woollam will go off at 9:30 a.m., and he will be followed by Barber, Sanders, Winstead and Barbaree in 10-minute increments.