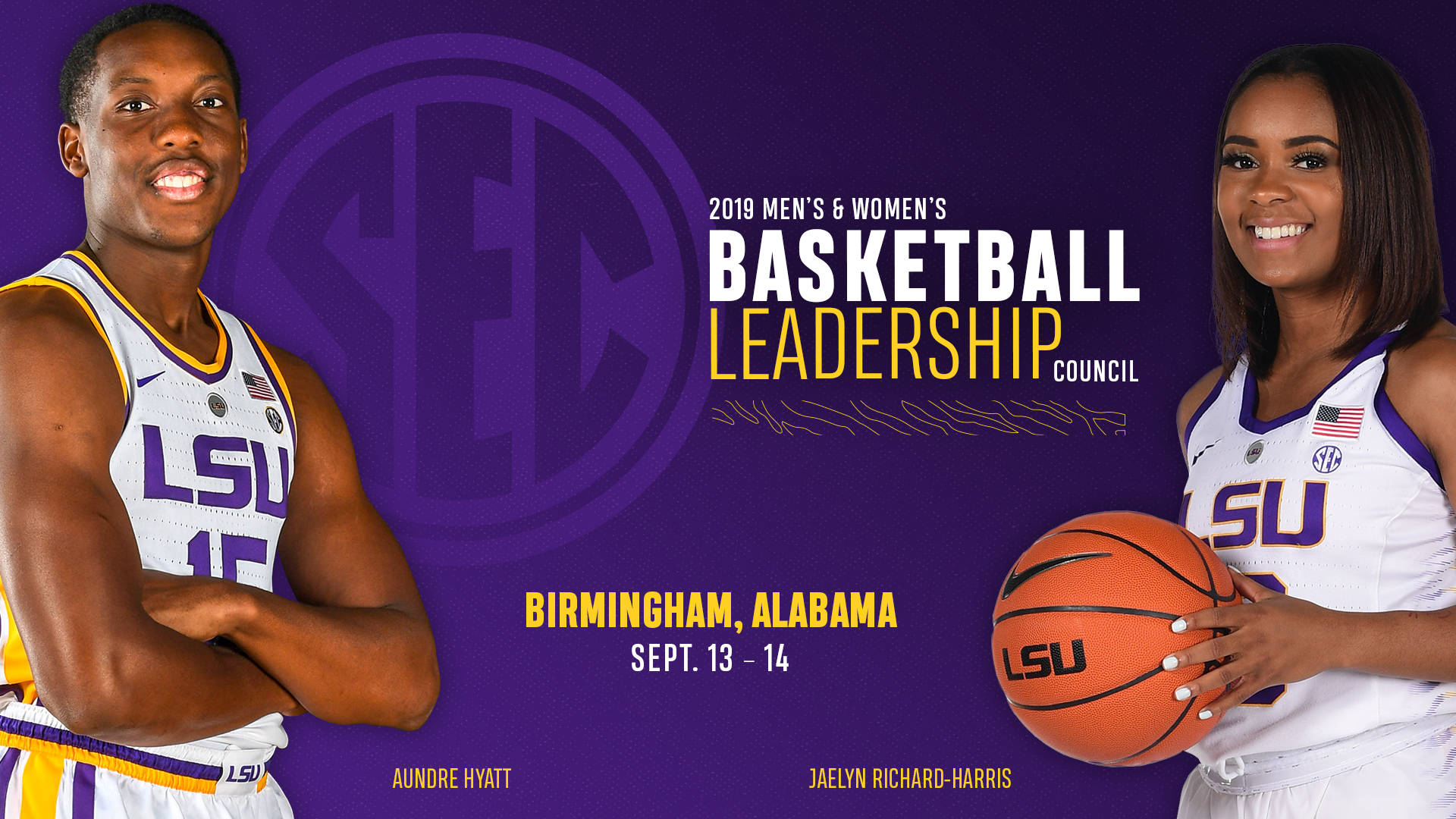 BATON ROUGE – LSU basketball players Aundre Hyatt and Jaelyn Richard-Harris will represent the University this weekend at the annual meeting of the Southeastern Conference Men’s and Women’s Basketball Leadership Council at SEC headquarters in Birmingham, Alabama.

Among the agenda items for the group is dinner and a conversation with Commissioner Greg Sankey, a review of NCAA and SEC legislative items, and the 28 student-athletes will also have an opportunity to engage with men’s and women’s basketball officials on rules of the game, student-athlete/referee interaction and careers in officiating.

Keyon Dooling, former Missouri student-athlete, author, motivational speaker and former NBA player, will speak to the group on Saturday on the topic of mental wellness.

Richard-Harris is a three-year letter winner from Houston, and the senior has been on the SEC Academic Honor Roll each of the last two years. She started 16 games a year ago for the women’s basketball team. This will be her third year to represent LSU on the SEC Women’s Basketball Leadership Council.

Hyatt, a redshirt freshman from the Bronx, New York, is in his second year with the LSU men’s program and played during the team’s recent exhibition trip to Spain. This will be his first year to represent the school on the Men’s Basketball Leadership Council.

The student-athletes who serve on the SEC Men’s and Women’s Basketball Leadership Council are: