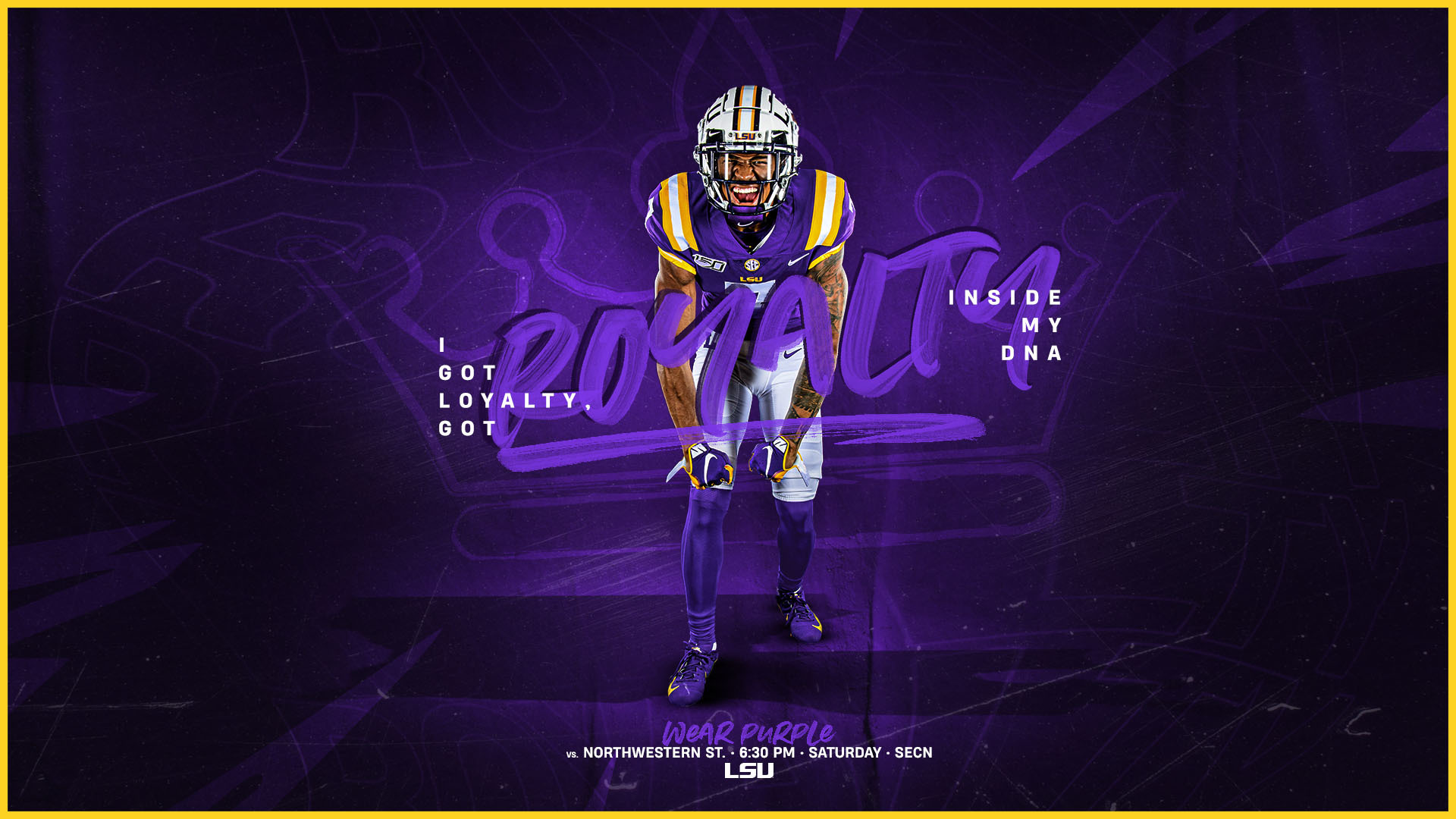 Coming off a historic win in a pressure-packed atmosphere, No. 4 LSU (2-0) returns to the friendly confines of Tiger Stadium for a Saturday night matchup with in-state foe Northwestern State (0-2).

Kickoff for the annual “Purple Game” is scheduled for 6:30 p.m. CT on the SEC Network and the LSU Sports Radio Network.

The Tigers are back in Baton Rouge after defeating No. 9 Texas in Austin, 45-38, to pick up the program’s first non-conference road win over a top-10 foe.

The offense, led by quarterback Joe Burrow and receivers Justin Jefferson, Terrace Marshall Jr., and Ja’Marr Chase, also made history in the win. Burrow threw for 471 yards, the second-highest tally in school history, and the trio of wideouts became the first in school history to eclipse 100 yards receiving in the same game.

Burrow has been on fire dating back to last season, completing 20+ passes in each of his last five starts, something no prior LSU quarterback has achieved. His outburst against Texas escalated him into the way-too-early Heisman conversation, one that Orgeron is happy to see him in.

“I’m happy for him,” Orgeron said. “I think he’s going to win it, if you ask me. He’s my favorite quarterback, I can tell you that. Joe would tell you, it’s all about the team. One team, one heartbeat. The more we win, the more individual awards we’re going to get. Together, everybody achieves more.”

The receivers, meanwhile, are also producing at record-setting levels. Jefferson leads the SEC with 250 receiving yards, and Chase and Marshall each reside among the conference’s top six receivers. Jefferson and Marshall also share the SEC lead with four receiving touchdowns.

“I do think it all depends on the protection,” Orgeron said. “The guys are going to figure out they can’t sit there in the zone.. As long as we can protect the quarterback, the sky’s the limit for them. They’re tremendous football players. They’re tremendous athletes. They have two great coaches in Mickey Joseph and Joe Brady, and they have a great quarterback in Joe Burrow.”

On defense, Orgeron cited plenty of room for improvement after the Longhorns threw for more than 400 yards and scored 31 second half points. After the Texas game, he lamented the lack of pass rush from the Tigers, and generating more quarterback pressures has been a focus all week.

“Schematically, we put in some different things to attack the passer,” Orgeron said. “We’re going to have to use our speed on defense. There’s some basic things we didn’t do that we got covered this week.”

Special teams excelled in Austin, with freshman kicker Cade York connecting on all three field goal attempts. For the season, York is a perfect 5-for-5 on field goals and 11-for-11 on extra point attempts, and his 26 points are tops in the SEC.

“Cade has a very strong leg,” Orgeron said. “That ball gets up in the air very fast, and the speed of his kick is phenomenal. We brought Bobby April in as a consultant to look at every one of his kicks with Coach Mac. I do believe they made some corrections in his footwork, and the guy works on it very hard. He’s a smart young man.”

More history is up for grabs on Saturday night against Northwestern State. A win will give LSU 800 wins in program history, a feat accomplished by just 11 other FBS programs.

“Any time you have 800 victories, it means that you are a premier team, you’re an elite football team, you’re an elite program,” Orgeron said. “It reminds me of all the hard work, all the great players that have played here. I’ve watched LSU all my life, all the great coaches that have been here. I tell the guys before the game, man, we’ve got to represent. We’ve got to represent all the guys that wore the purple and gold before us.”