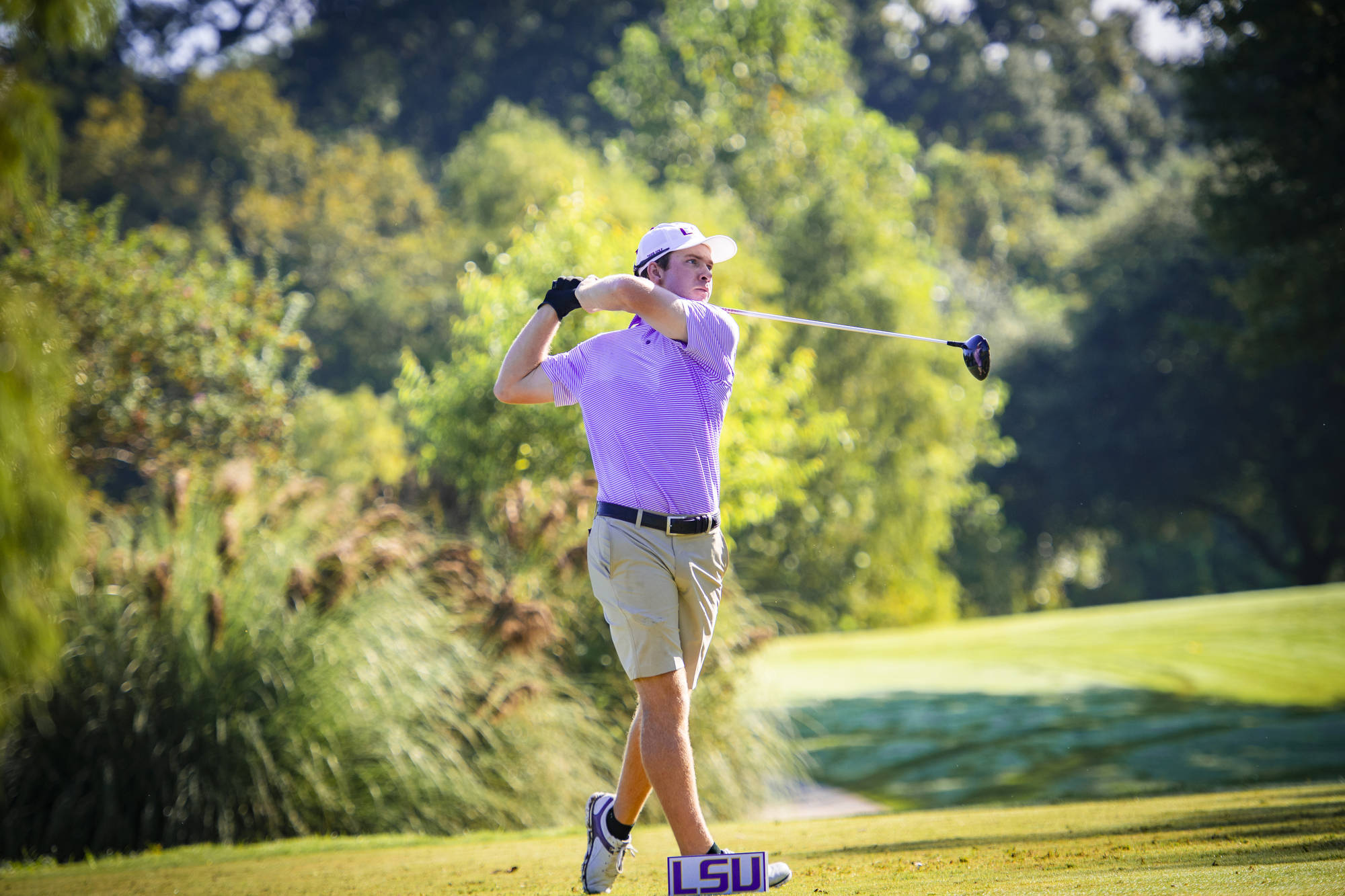 Baton Rouge, La. – The No. 15 LSU men’s golf team will tee it up for the first time this season Friday for the first round of the Maui Jim Intercollegiate at Mirabel Golf Club in Scottsdale, Ariz.

The Tigers will play 18 holes each day during the three-day tournament that wraps up on Sunday. Mirabel GC plays as a par 70 measuring 7,081 yards. Live scoring for the tournament will be available at golfstat.com.

The Tigers will tee off Friday morning at 10:20 a.m. CT from the No. 10 tee. Philip Barbaree, Trey Winstead, Michael Sanders, Garrett Barber, Chris Woollam and Hayden White are making the trip out to Arizona; White will be playing as an individual in the Mea Lanakila individual tournament that will be held at Desert Forest GC.

Barbaree, Winstead, and Sanders have all played in this tournament; Barbaree (T8th/2-under 214) and Winstead (T10th/1-under 215) both earned top-10 showings at this event during 2017 season. The Tigers finished third in 2018 at this event with a combined score of 23-under 817. The Tigers were victorious at the 2016 Maui Jim Intercollegiate with a three-round score of 41-under 811.

Barbaree is coming off a career year in 2018-19 in which he averaged a career best 71.48 strokes per round; the 71.48 readout was the sixth lowest in LSU program history for a single season. Thirty of Barbaree’s 33 rounds last year counted towards LSU’s team score. Winstead played a critical role for the squad last season as a sophomore and he hopes to expand on that during his junior campaign. His sophomore season saw him pick up his first collegiate win, a 7-under 209 at the David Toms Intercollegiate, on his way to averaging 72.40 strokes per round.

Sanders, Barber, Woollam, and White will all be entering their sophomore seasons. Barber played the most of those four in their debut season and he averaged 73.42 strokes per round over 26 rounds played. Sanders had the lowest stroke average with a 72.63 that spanned over 24 rounds. Woollam (two tournaments) and White (one tournament) will look to factor into things this season as well.

The field for the Maui Jim is loaded with talent. Six teams in the field competed at the NCAA Championships last year, while five other teams competed in NCAA Regional play. Five ranked squads in the GCAA Coaches Preseason poll will be in attendance – No. 2 Arizona State, No. 10 Pepperdine, No. 15 LSU, No. 17 Clemson and No. 19 Illinois. North Carolina State and Florida State are receiving votes, and Georgia State, Augusta State, Minnesota, Utah, Kent State, and Colorado will round out the field.

Philip Barbaree is one of 25 golfers in America to be named to the Haskins Award Preseason Watch List. He has played in 95 round during his first two and a half years in Baton Rouge. An early enrollee for the spring semester of 2017, Barbaree has played in every single tournament for the Tigers once he arrived on campus and has a career stroke average of 72.34. Eighty two of his 95 rounds played as a Tiger have counted towards LSU’s team score.