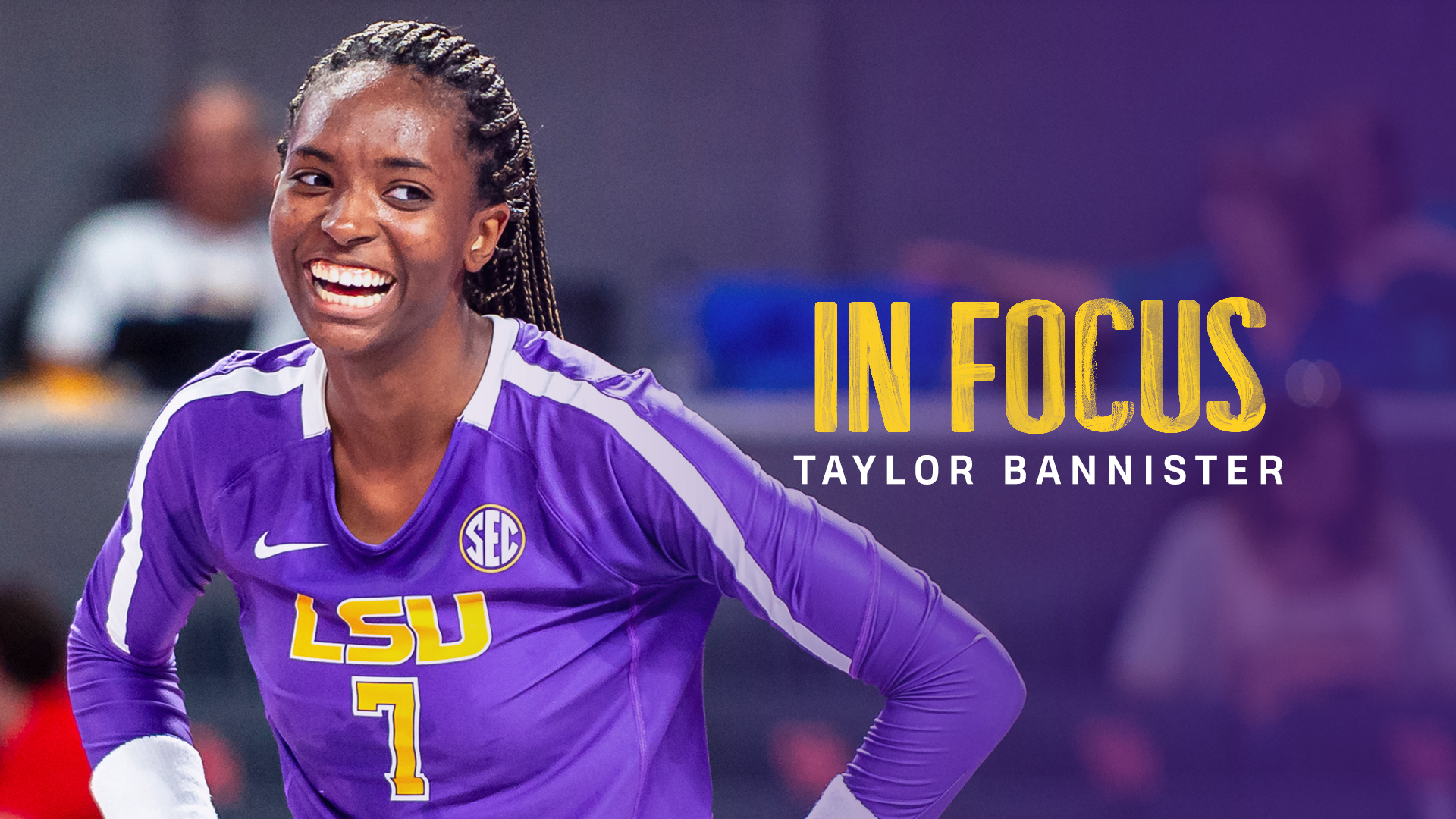 As the daughter of two professional basketball players, Taylor Bannister is forging her own path as a formidable volleyball player at LSU. Her dad, Ken, played for the New York Knicks and the Los Angeles Clippers, and her mom, Pennie, played pro hoops after a stellar collegiate career at Rice University.

“I come from a basketball family,” said Bannister. “Being the child that still goes to school on a scholarship, but it’s for volleyball instead of basketball; that’s kind of new. Seeing how my family’s willing to learn the new stuff and learn how everything works in volleyball, is pretty cool as well.”

Bannister’s family is what motivates her to work as hard as she does. Her parents’ continued support of her dreams has been vital to her success, and she has found a sense of family in her teammates, too.

“We’re always there for each other outside of the court if anyone needs anything,” said Bannister.

What she loves most about playing volleyball at LSU is the relationships she has fostered with her teammates.

“I think just being together as a team,” said Bannister. “Everyone is cool with each other both on and off the court. Granted, everybody has their times, but it’s basically your second family. That’s basically how every family is – You have your moments, but you’re still family in the end.”

Bannister said, “I think that’s a pretty big accomplishment, especially because we’re also going off of obviously what happened last season, but after doing summer workouts, summer practicing, and two days of preseason, we actually know that we are much further than the team was last year, so it’s kind of cool seeing where we are this year and how well we are starting off as a team itself.”

Bannister has been improving her skills every season, and she will only get better from here. In addition to widening her shot selection, she hopes to improve her kill record this season. Bannister has a total of 817 career kills and is 183 away from reaching 1,000.

“I think I’m on a pretty good path with volleyball. I’ve started finding out things I want to do after college, both whether it pertains to volleyball or if it doesn’t pertain to volleyball,” said Bannister. “As my mom told me, you can’t play your sport forever. So, I’ve already started thinking about things that I would do outside of volleyball when I no longer can do it.”

Bannister made her own path with volleyball and as she walks into it, there are endless possibilities awaiting her. With her family and team on her side, her dreams will be realized.