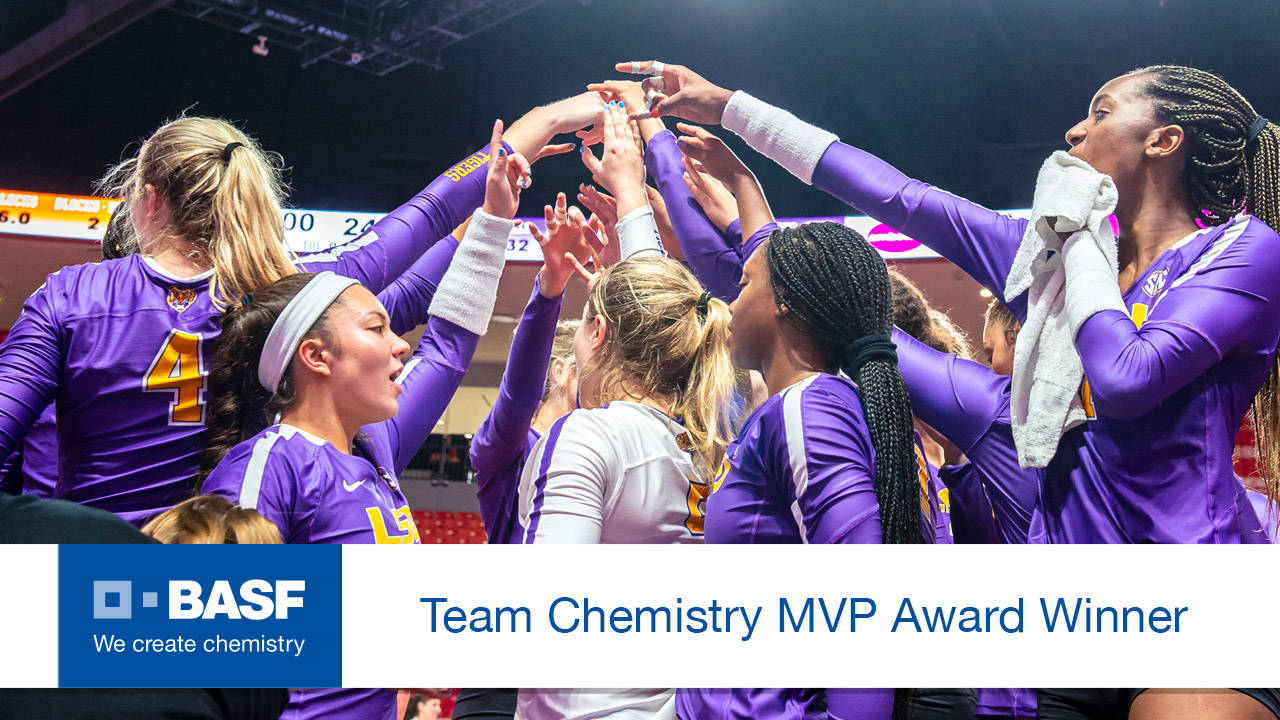 BATON ROUGE – The LSU volleyball team earned the BASF Team of the Month award for the month of August after registering a record of 2-1 in their opening road trip of the season at the Flo Hyman Collegiate Cup.

The Tigers started off the 2019 campaign with a sweep over UT Arlington. They won set one 25-19, set two 25-21, and set three 25-23 to earn their first win of the season. Taylor Bannister had a team high 12 kills in the match, and Whitney Foreman led the way in hitting percentage with a .421 kill rate as she totaled nine kills.

After a tough five-set loss to Arizona State, the Tigers rallied back and took down Houston, the host of the Flo Hyman Collegiate Cup, in four sets. After dropping the first set, LSU answered with resounding wins in sets two, three and four. Set two was claimed by the Tigers 25-16, and the final two sets were commanding 10-plus point advantages (25-13 and 25-15). In the match against Houston, Bannister collected 13 kills, Foreman had 11, while Karli Rose finished with 36 assists. Samarah Hill and Raigen Cianciulli.