Football Named Team of the Week 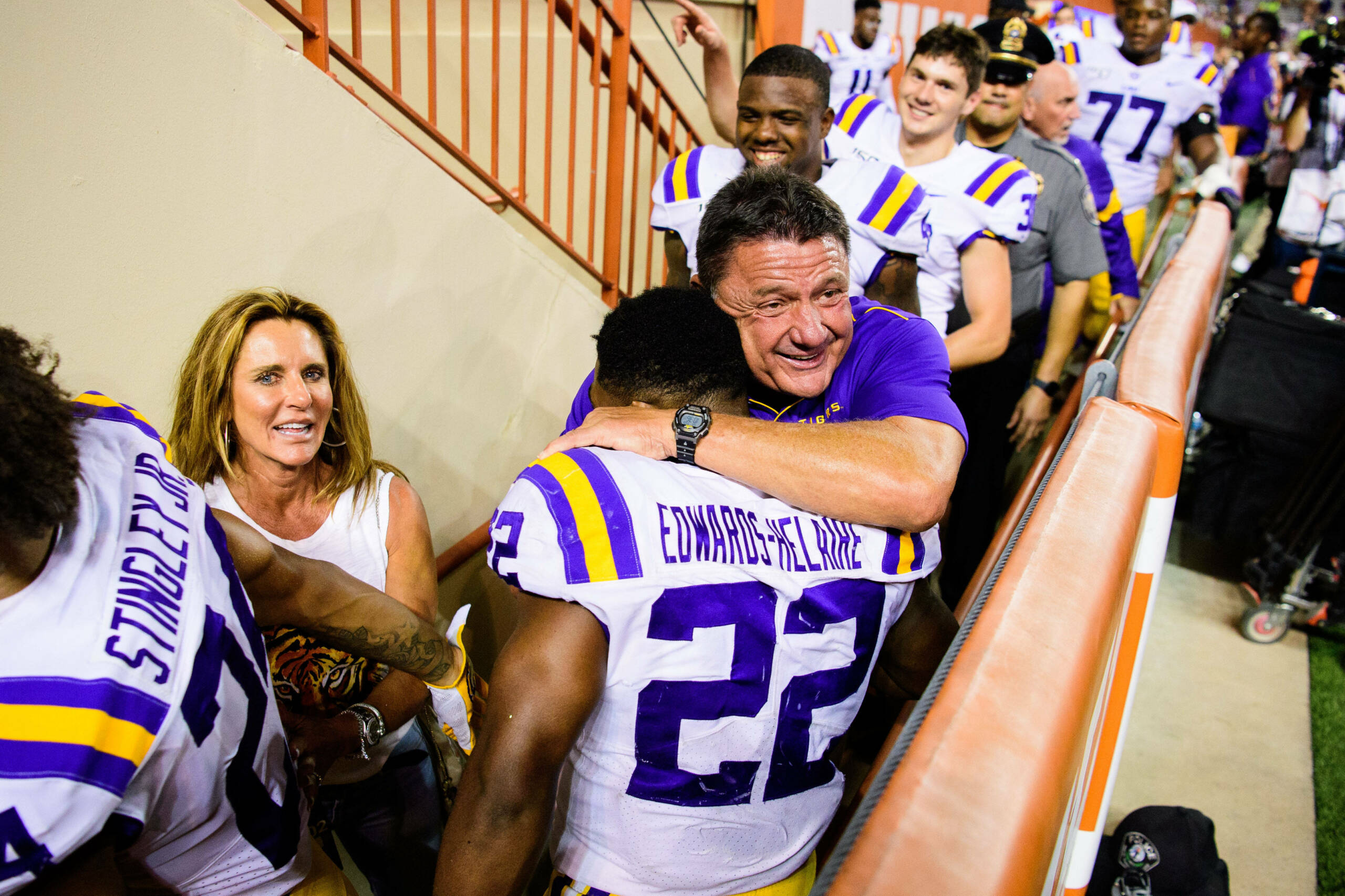 BATON ROUGE – LSU’s first road win over a non-conference Top 10 team has resulted in the Tigers being named the Reveal Suits National Team of the Week, the Football Writers Association of America announced on Monday.

It’s the fourth time LSU has been named the National Team of the Week by the FWAA and the first time since knocking off No. 3 Ole Miss in 2014.

Saturday’s contest was the first between LSU and Texas during the regular season and it marked the fifth Top 10 win for the Tigers under head coach Ed Orgeron. Last year, LSU beat a school-record four Top 10 teams on its way to a 10-3 overall mark and a No. 6 final ranking.

The win over ninth-ranked Tigers bumped the Tigers to No. 4 in this week’s AP poll and to No. 5 in the Amway Coaches poll.

LSU, behind the play of quarterback Joe Burrow, racked up 573 yards of total offense and scored the most points against a Top 10 team since beating No. 9 Virginia Tech, 48-7, in Tiger Stadium in 2007.

Burrow, who was named SEC Offensive Player of the Week for the second straight week, completed 31-of-39 passes for 471 yards and four TDs. Burrow extended his school-record streak of games with at least 20 completions to five straight in the contest.

The 2-0 Tigers return to action on Saturday, hosting Northwestern State at 6:30 p.m. in Tiger Stadium.