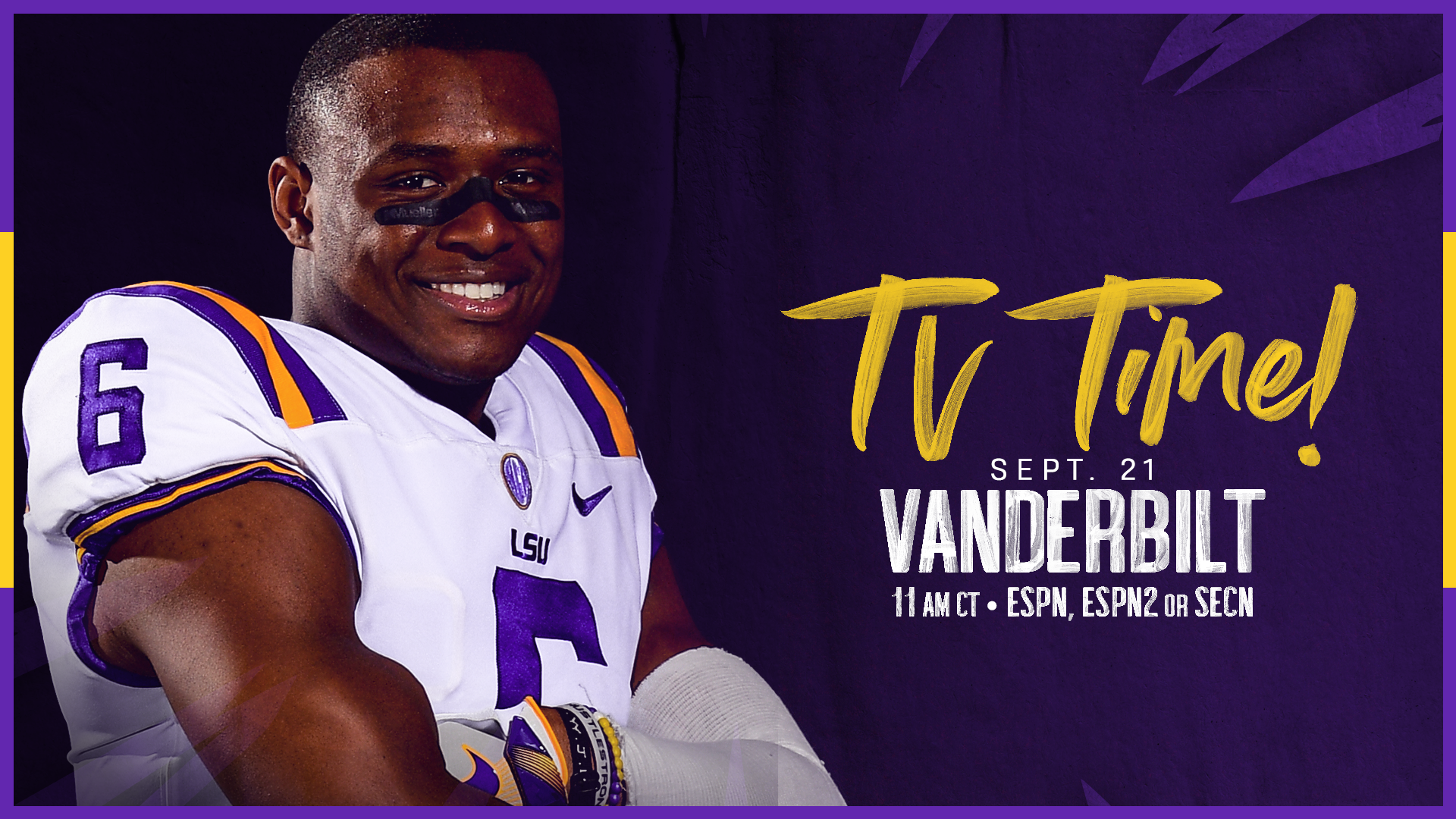 Update: On Sunday, Sept. 15, the SEC announced that LSU at Vanderbilt will air on the SEC Network.

BATON ROUGE – LSU’s game against Vanderbilt on Saturday, Sept. 21 next week in Nashville will kickoff at 11 a.m. CT and will be televised on either ESPN, ESPN2 or the SEC Network, the league office announced on Monday.

The SEC said that the network carrying the LSU-Vanderbilt game will be determined after games are played this weekend.

The LSU-Vanderbilt contest is one of four SEC games that will start at 11 a.m. CT next week. Other 11 a.m. CT start times include: Tennessee at Florida, Southern Miss at Alabama and California at Ole Miss.

Next week’s contest will mark the SEC opener for the Tigers and it’s LSU’s first trip to face Vanderbilt in Nashville since a 27-3 win over the Commodores in 2010.

Fourth-ranked LSU returns to action on Saturday, hosting Northwestern State at 6:30 p.m. CT in Tiger Stadium. Tickets for the contest are available and can be purchased online at www.LSUtix.net.