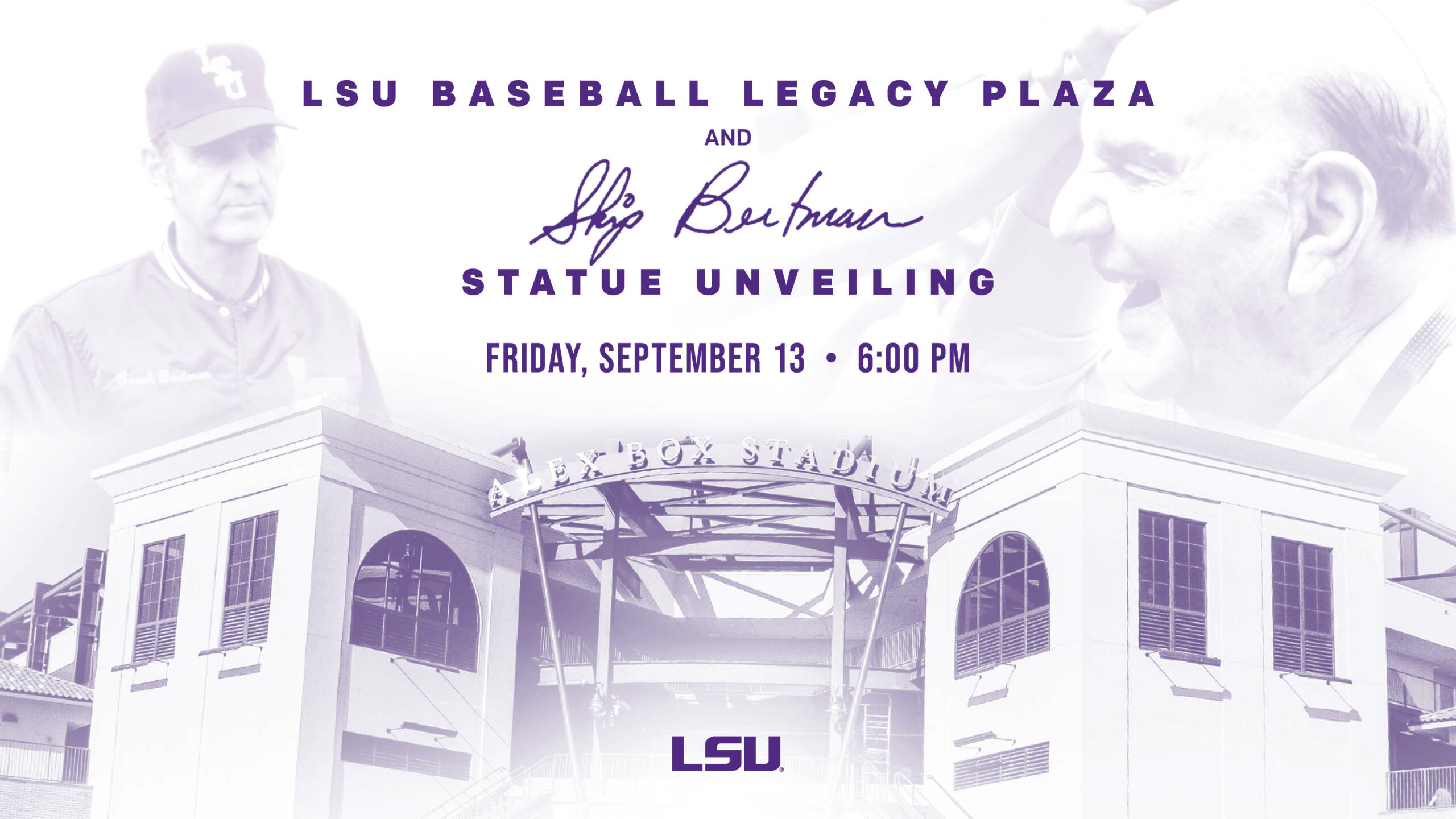 BATON ROUGE, La. – LSU will unveil a statue of Skip Bertman, the school’s legendary baseball coach and director of athletics, at 6 p.m. CT Friday. The ceremony will take place near the home plate entrance of Alex Box Stadium, and it is open to the public.

The Skip Bertman Statue will commemorate the accomplishments of the LSU baseball coach from 1984-2001 who led the Tigers to five National Championships (1991, 1993, 1996, 1997, 2000) and seven Southeastern Conference Championships. He is one of only three coaches in NCAA history to win five baseball national titles.

The statue will be the centerpiece of the newly constructed Legacy Plaza, which will contain graphics and plaques depicting the rich history of the LSU Baseball program.

“This is more than a monument to Skip’s unparalleled achievements on the field,” said LSU Director of Athletics Scott Woodward. “This is recognition of a man who has committed his life to making the lives of those around him richer than they might otherwise be. His contributions to thousands of people, including myself, as a mentor, leader and friend will live on for generations.”

The LSU Athletic Hall of Fame Committee in May 2016 unanimously approved a proposal that a statue honoring Bertman be erected on campus.

Bertman finished his 18-season career with a record of 870-330-3 and still holds the mark for highest winning percentage (.724) in SEC annals. The playing surface at Alex Box Stadium was named “Skip Bertman Field” in May 2013.

After retiring from coaching, Bertman served as LSU’s director of athletics from 2001-08, presiding over the Tigers’ football National Championship seasons in 2003 and 2007.

Bertman helped grow interest in the sport of LSU baseball from an average attendance of less than 500 fans per game in 1983 to becoming the annual NCAA attendance leader. The average paid attendance for LSU baseball today is over 10,000 per game, and the Tigers have led the nation in total attendance for 24 straight seasons.

The Skip Bertman Statue and Legacy Plaza were made possible through donations made to the Tiger Athletic Foundation.