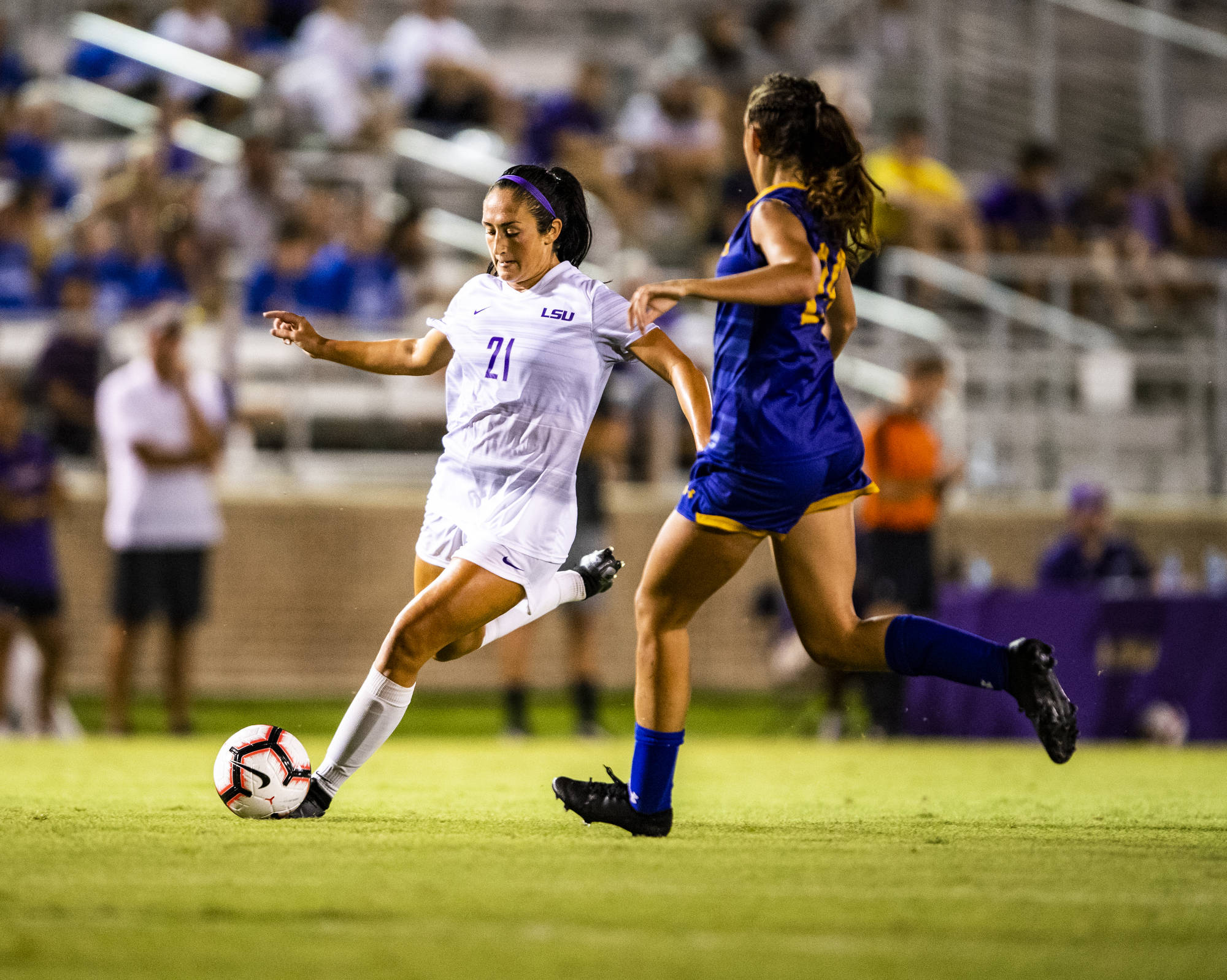 Baton Rouge, La. – The LSU soccer team will close out its road trip to North Carolina on Sunday afternoon with a matchup against 12th-ranked Duke at Koskinen Stadium as part of the Duke Nike Classic. First kick on Sunday is scheduled for 12:30 p.m. CT. LSU enters the match with a record of 2-2-1 and Duke owns a record of 3-1-1.

Sunday’s soccer match will mark the 500th match in LSU history. Playing its 25th season of soccer, the LSU program has an all-time record of 231-210-58.

Marlena Cutura, Tiana Caffey, Chiara Ritchie-Williams, Maddie Moreau, Rammie Noel, Shannon Cooke, Molly Thompson, Reese Moffatt, and Emma Grace Goldman have started all five matches this season for the Tigers. Cutura leads the offensive stat sheet with a total of four points (1g & 2a). Meghan Johnson, Caffey, and Lindsey Eaton have all scored one goal apiece, and Courtney Henderson registered her first-career assist in the 2-2 draw against Samford on Sept. 1. Goldman has started all five matches in net and made 35 saves to four goals allowed for a GAA of 0.75.

The Blue Devils have a record of 3-1-1 entering Sunday’s match; their only loss was a 2-0 defeat to North Carolina on Aug. 25. Duke won its match on Thursday night against UNLV by a score of 3-0. Mackenzie Pluck scored two goals in that match to make her Duke’s top scorer along with Marykate McGuire. Pluck (3g & 1a) and McGuire (3g & 1a) each have seven points on the season. Duke has shutout the opposition in three of their five matches this season.

Dating back to the start of the 2018 season, the Tigers own a record of 5-2-1 in the game after a loss having only lost two-straight matches twice in the last 29 matches.

Six Tigers have earned the first starts of their career this year. Emma Grace Goldman, Rammie Noel, and Maddie Moreau have started all five matches thus far. Anna Rockett (3 starts), Maddison Martin (1 start), and Meghan Johnson (2 starts) are the three other first-time starters. In addition to those six, Hannah Cuneo and Makenzie Maher have made their LSU debuts this season.