Preview: Tigers Take to Road for Top-10 Clash at Texas 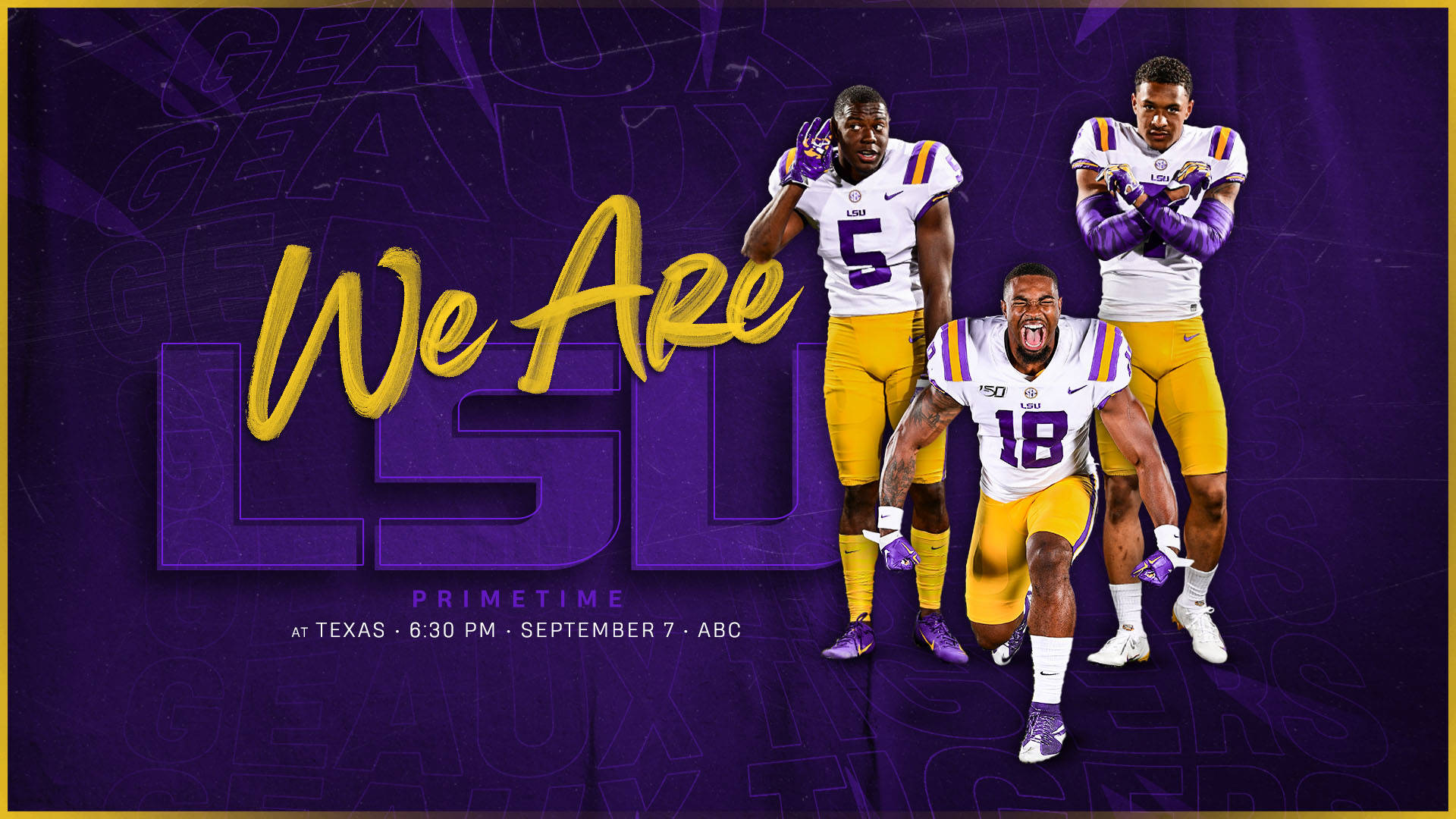 ABC will broadcast the game to a national audience, while the LSU Sports Radio Network will handle the radio airwaves beginning two hours before kickoff.

It’s a historic contest for both teams, their first regular season meeting since a 1954 matchup in Austin. The Tigers and the Longhorns have met just once since LSU’s 13-0 win in the 1963 Cotton Bowl, with Texas holding a 9-7-1 all-time lead in the rivalry. It’s also the first non-conference clash of top-10 opponents on the road for LSU since a 1970 trip to South Bend against Notre Dame.

This is #LSU vs. Texas. pic.twitter.com/PrCYtsi3CB

The Tigers are coming off a 55-3 season-opening win over Georgia Southern that saw quarterback Joe Burrow continue where left off a season ago – re-writing the LSU record book. After completing 23-of-27 passes for 278 yards and a school-record-tying five touchdown passes, Burrow became the first quarterback in LSU history to complete 20 or more passes in four straight games.

Burrow completed passes to 14 different receivers and all five running backs, while orchestrating an uptempo offense that snapped a play every 21 seconds – without the benefit of many incomplete passes to stop the clock.

Terrace Marshall caught his first three career touchdowns in the season-opener, while Justin Jefferson shined from the slot with 87 yards and a touchdown. Clyde Edwards-Helaire averaged five yards per carry on the ground to pace a balanced, deep rushing attack.

Defensively, Dave Aranda‘s unit kept Georgia Southern under 100 yards of total offense, as a number of players rotated in on a deep, versatile unit. Rashard Lawrence, who has made 22 straight starts on defense, provided the highlight of the game with a strip-sack that helped the Tigers finish plus-two in the turnover battle.

All-American safety Grant Delpit, one of several Tigers set for a return to his home state on Saturday, also recovered a fumble, while Jacob Phillips and Damone Clark combined for 19 tackles from the linebacker spot. Orgeron says both players, as well as Michael Divinity and Patrick Queen, will rotate in against a potent Texas offense.

“We’re going to play all four of them,” Orgeron said. “Dave has not made a decision on who will start, but all four are considered starters in our mind. They’ll all four play significant roles.”

Special teams excelled against Georgia Southern, with Zach Von Rosenberg booting three punts inside the 20 and averaging more than 50 yards net punting per kick. Freshman Cade York became the first true freshman in school history to make a field goal in his first game, knocking in two from 39 and 48 yards.

Texas enters the game off a 45-14 win over Louisiana Tech in which Big 12 Preseason Offensive Player of the Year Sam Ehlinger showcased his full arsenal of talents. The junior from Austin, who threw for 25 touchdowns and rushed for 16 more a season ago, connected on 28-of-38 passes for 276 yards and four touchdowns in week one, adding 34 yards on 8 rushes. He targeted slot man Devin Duvernay 9 times for 55 yards and hit Colling Johnson four times for 59 yards, each player grabbing one touchdown.

Running back Keontay Ingram, meanwhile, scored once on 11 carries, netting 78 yards on the ground. It’s a balanced offensive attack led by Ehlinger, who can make plays with his arm and his legs.

Orgeron is looking forward to seeing Aranda’s defense attack against the Longhorn offense.

“I do expect them to run the quarterback more,” Orgeron said. “When he’s dangerous is when he scrambles, especially inside, not outside the pocket. He runs in between the tackles. He’s like the running back, so that’s where he makes a lot of his plays, especially in the red zone.”

On defense, the Longhorns rank second in the Big 12 in rush defense, giving up just 73 yards on the ground in week one. Sophomore safety Caden Sterns picked off four passes a season ago, matching a school-record for freshmen, and outside linebacker Jeffrey McCulloch paced the Longhorns with eight tackles in their season opener.

Though the game kicks off after 6:30 p.m, the forecast anticipates game day temperatures in the 100s. It’s something Orgeron has emphasized to his team, and something they’re ready to take on.

“We’re prepared,” Orgeron said. “We have air conditioners that are going to be in the locker room before the game. We have the cool zones on the sidelines. We did talk to Louisiana Tech, and they said they felt the sun wasn’t on their sideline at 7 o’clock, so it wasn’t too hot. We’ll see.”