Soccer Hits Road to Take On No. 1 North Carolina 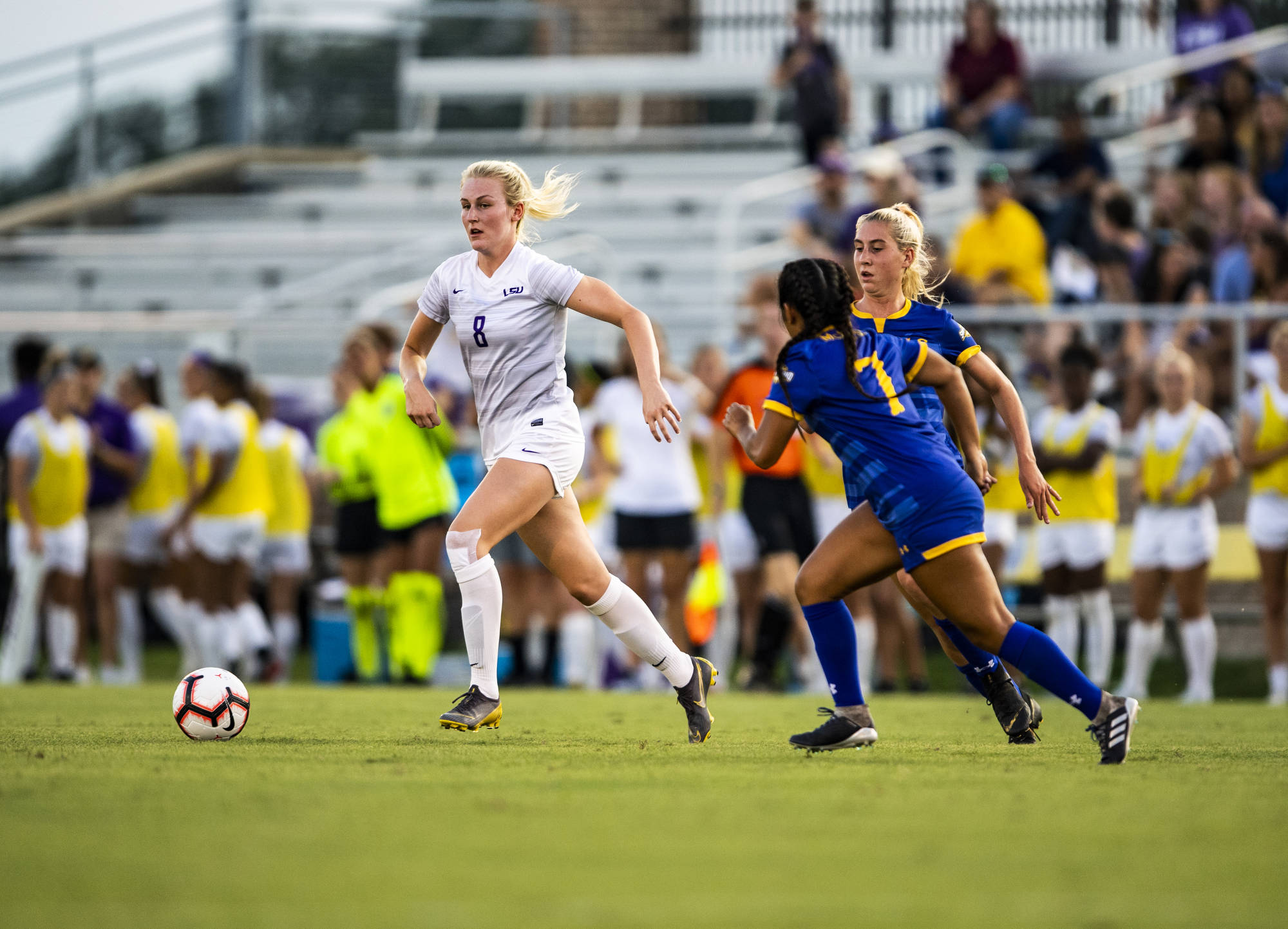 Baton Rouge, La. – The LSU soccer team (2-1-1) will take on No. 1 North Carolina (4-0-0) Thursday afternoon at 2:30 p.m. CT (game was moved up an hour from originally scheduled start time due to weather) as part of the Duke Nike Classic hosted in Durham, N.C., at Koskinen Stadium.

The Tigers and Tar Heels have only met once prior. UNC won a neutral site match over LSU in 2009 at Koskinen Stadium by a score of 1-0.

The Tar Heels (4-0-0) have outscored their opponents this year by a combined score of 12-2 on their way to registering three shutouts through the first four matches. Brianna Pinto leads the offensive charge for UNC with three goals and two assists for a total of eight points through the first four matches. Bridgette Andrzejewski and Alexis Strickland have registered four points apiece as well. Goalkeepers Claudia Dickey (0.00 GAA) and Marz Josephson (1.00 GAA) have split time evenly in net. The Tar Heels are coached by 41st year head coach Anson Dorrance who has led UNC to 21 NCAA titles since taking over the program in 1979. The Tar Heels feature a stingy defense that has only allowed six shots on goal this year.

Senior Marlena Cutura factored into the box score for the second-straight match on Sunday as she assisted on both of LSU’s goals in the 2-2 draw against Samford (Sept. 1). It was her second-career multi-assist game with her other multi-assist game coming in 2018 against Stetson. LSU owns an all-time record of 11-0-2 in matches in which Cutura registers an assist or scores a goal. This year she scored a penalty kick against McNeese State (W, 1-0) and in the aforementioned match against Samford she registered two assists. Her four points (1g & 2a) are a team lead.

Emma Grace Goldman and the back line have combined to register two shutouts in the first four matches allowing a total of three goals in four games. She has made 28 saves in the four matches for a .903 save percentage to go along with a goals against average of 0.69.

Courtney Henderson, a redshirt junior from Rogers, Minn., picked up the first assist of her LSU career in Sunday’s 2-2 draw against Samford. With LSU trailing 2-1 in the 66th minute, Cutura played a corner kick into the box and Henderson’s head kept the play alive with a header towards the net. After a quick bounce inside the 6 off Henderson’s header, Lindsey Eaton tapped the ball with her toe to put it in the net. It was Eaton’s first goal of the season and the third of her LSU career.

Tiana Caffey scored the second goal of her LSU career and the first of her junior season on Sunday against Samford. Meghan Johnson started the corner kick, and then a shot taken by Cutura was blocked and found the foot of Caffey. The native Port St. Lucie, Fla., nailed a low, right footed shot that stayed low to the ground to score the first goal of the game.

Six Tigers have earned the first starts of their career this year. Emma Grace Goldman, Rammie Noel, and Maddie Moreau have started all four matches thus far. Anna Rockett (3 starts), Maddison Martin (1 start), and Meghan Johnson (1 start) are the three other first-time starters. In addition to those six, Hannah Cuneo and Makenzie Maher have made their LSU debuts this season.