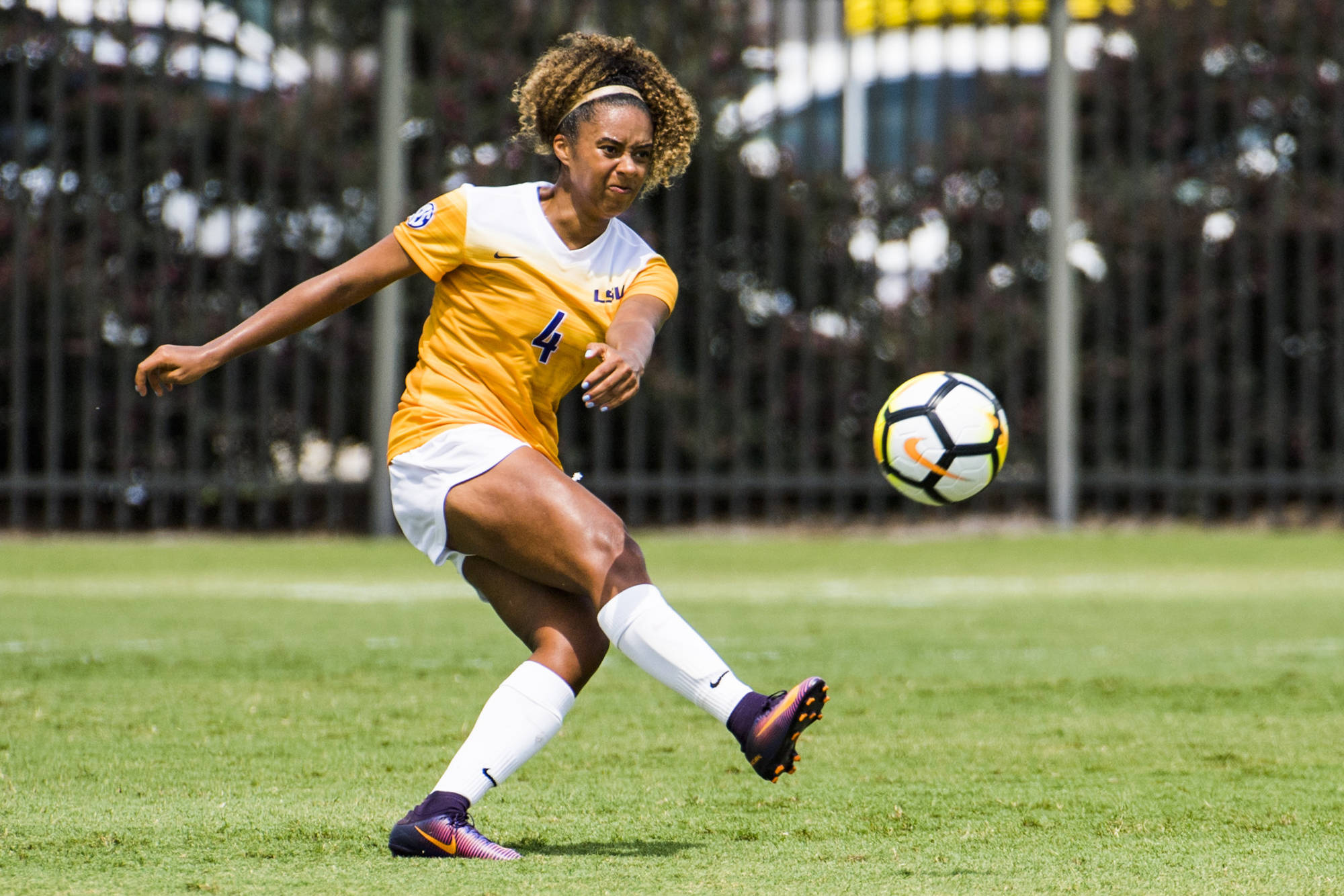 LSU has dominated the all-time series against McNeese State having won eight out of the nine matches. The first time the two schools played was in 1996, a 9-0 LSU triumph. The last meeting occurred in 2011, a 1-0 victory for LSU.

The Tigers have won the only previous two matches against Samford in program history. The first meeting came back in 2007 on Nov. 16  in LSU’s first-ever appearance in the NCAA Tournament. Roslyn Jones headed in the gamewinner in the 107th minute of the second overtime frame to advance LSU to the Round of 32. The second meeting came a year ago and LSU won the match by a score of 2-0 in Baton Rouge. This will be LSU’s first ever match at Samford; the 2007 NCAA Tournament game was played in Tallahassee, Fla.

LSU picked up its first win of the 2019 campaign thanks to a double-overtime goal from sophomore Meghan Johnson. The sophomore from Baton Rouge followed up on the ball that was sent in from Shannon Cooke from LSU’s side of the pitch. Johnson gained possession just outside of Navy’s box and dodged the Navy goalkeeper who came off her mark. Once she made it around the goalkeeper, she hit a left-footed strike to seal the deal; it was the first-career goal for Johnson.

The Tigers are in the midst of a nine-match unbeaten streak at home. You’d have to go all the way back to the 2018 season opener at home (vs. Villanova) to find LSU’s last loss at home. Dating back to the start of the 2017 season, LSU’s record in Baton Rouge is an impressive 13-5-3 for a win percentage of .690.

LSU soccer matches have been played at LSU Soccer Stadium since 1996. During the first year of the program (1995), the matches were played at the University High field cattycornered with the LSU football practice facility. In 17 of LSU soccer’s 25 seasons, the Tigers have had a winning record at home. LSU’s all-time record at home is 132-75-29 for a winning clip of .621.

The first 250 fans in attendance on Friday night will receive Bang-A-Banners that will act as noise makers, banners, and a fan. All home regular season matches are free.

Emma Grace Goldman (RS Jr./Murfreesboro, Tenn.) registered her first-career shutout in Sunday’s win over Navy. She was called on to make six saves in the Navy win to earn the clean sheet. Goldman has been tested the most of any keeper as her 16 saves through two matches leads the SEC, and her .47 goals against average ranks No. 4 in the league. In her first career start last Thursday against Villanova (8/22), she made 10 saves in the 1-0 loss; the 10 saves by Goldman in that match are the most in a single game by an SEC keeper this year.

McNeese enters Friday night’s home contest with a record of 1-0-0; the Cowgirls only played one match last weekend as their scheduled contest on Sunday with Tulsa was unable to be played due to weather. McNeese boasts a record of 26-12-3 dating back to the beginning of the 2017 season. Their 2019 opener was a win over Southern on Friday night (Aug. 23) by a score of 4-1 and Anna Watson scored two of the four goals for the Cowgirls.

You’d have to go all the way back to 2008 to recall the last time that Samford did not reach double digit wins. The Bulldogs are 0-1-1 on the season with a 2-0 loss to Murray State on Aug. 25 and a nil nil draw with UAB on Aug. 22. Samford is picked to finish second in the preseason Southern Conference and they are looking to win their sixth-straight SOCON title this season. Erin Bonner (6 goals/2018 stats) and Caroline Orman (4g & 1a/2018 stats) are the two biggest offensive threats for Samford. They will take on Western Kentucky on Friday night before hosting LSU Sunday afternoon.

Seven players for LSU made their debut for the squad on opening weekend. Emma Grace Goldman, Maddie Moreau, and Ramie Noel started both games, and Anna Rockett made her first-career start on Sunday against Navy. Hannah Cuneo, Makenzie Maher, and Maddison Martin all saw their first minutes off the bench.

After Sunday’s win over Navy, the Tigers own a record of 5-2-1 in the game after a loss having only lost two-straight matches twice in the last 26 matches.